Go See a Concert This Month

Particularly astute readers might have noticed that both this week's issue (Tegan and Sara) and last week's (Phoenix) included an extra music feature. This might not be a permanent change (although we are working on adding some new content in that section as part of a forthcoming redesign, so look forward to that), but it is a sign that April and May signal a great time to be a music fan here in Tucson.

A lot of this is due to the two weekends of Coachella starting this Friday, but for some reason, it seems like this year is even more a bounty of wallet-emptying riches than usual. Looking over our concert calendar, the first night that there isn't at least one show (and often, two or three I'm trying to pick from) I'm thinking about attending is Saturday, April 27 and that night I'll be at Club Congress for Retro Game Show Night (Match Game night and I'm on the panel, apparently, doing my best Charles Nelson Reilly impression). The very next night, the streak of concerts I'd like to attend starts up again. My wallet aches in advance, believe me.

The point is that you really ought to get out and see a show, whether it's the electro-swing of Parov Stelar at the Rialto on the 19th, your opportunity to do the live Harlem Shake with Baauer at Club Congress, the Jesus Acedo Memorial show at the Hut (both on Sunday) or any number of the seemingly countless options on the horizon. Of course (and I'm certainly biased), you should definitely include plans to attend Exile on Congress Street on the 20th as well, featuring Dinosaur Jr., Poliça, Chick Cashman and a bunch of great stuff at three venues. Plus tickets are cheap (relatively speaking, for the amount of entertainment) at $12.

You'll be huddling around the air conditioner barely clothed cursing the sun soon enough. Get out while you still can. 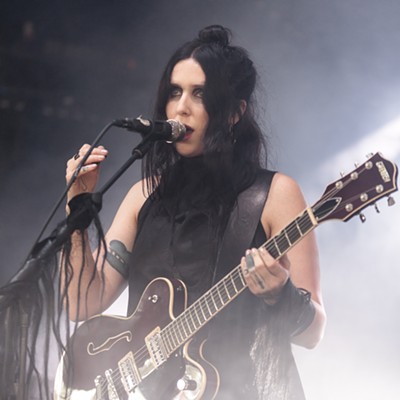