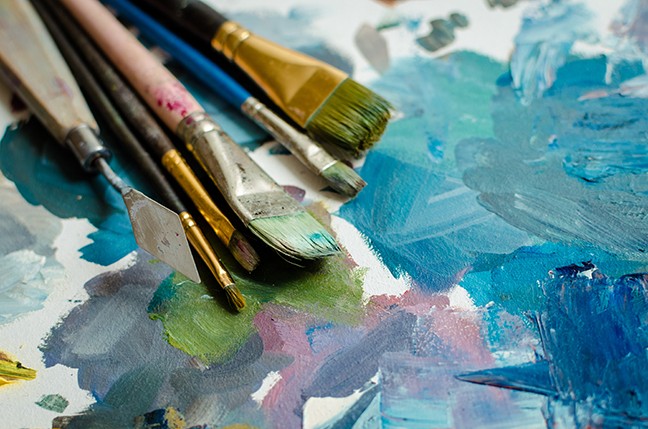 To think that some people say there's nothing to do in Tucson.

Well, this week's Spring Arts Preview proves them wrong. We've got 16 pages of fun on the horizon—and we couldn't even fit it all! Arts writer Margaret Regan lets you know what's happening with the museums, galleries and dance troupes. Calendar Editor Emily Dieckman fills you in on classical music performances that range from Bach to Bowie. And longtime theatre writer Sherilyn Forrester peeks behind the curtain to see what local theatre companies have waiting in the wings.

Sadly for us, this is Sherilyn's swan song, as she is retiring from our theater beat. We thank her for her decade of contributions to us and we know it won't be the same without her. But rest assured that the Weekly remains committed to covering local theater in the months ahead.

Another big event on the horizon: The Tucson Festival of Books. In light of that, we're interested in what your favorite Arizona books are—fiction, nonfiction, poetry, whether they are written by Arizona authors or if they are set in Arizona or what have you. If you've got a few you really love, send a note to jimn@tucsonlocalmedia.com and tell me what you like about them in a few sentences. We'll run the best of the comments either in print or online in the upcoming weeks.

Elsewhere in the book this week: The Skinny tells you why Democrat Mark Kelly, who just announced he wants to run against Republican Martha McSally for the U.S. Senate next year, is McSally's worst nightmare; associate editor Jeff Gardner goes for a ride-along to the gem show with meteorite specialist Geoff Notkin; calendar editor Emily Dieckman talks with a rodeo clown ahead of La Fiesta de los Vaqueros; music contributor Eric Swedlund talks to rock 'n' roll veteran Richard Thompson ahead of his upcoming show at downtown's Fox Theatre; Mark Whittaker visits Craft, the new midtown craft beer taproom opened by the guys behind Serial Grillers; and there's plenty more in the book, so get out your calendar and start making plans.

A final note: This Saturday, online voting begins at TucsonWeekly.com for this year's Cannabis Bowl. Smoke 'em if you've got 'em and let us know about your favorite dispensaries in town.