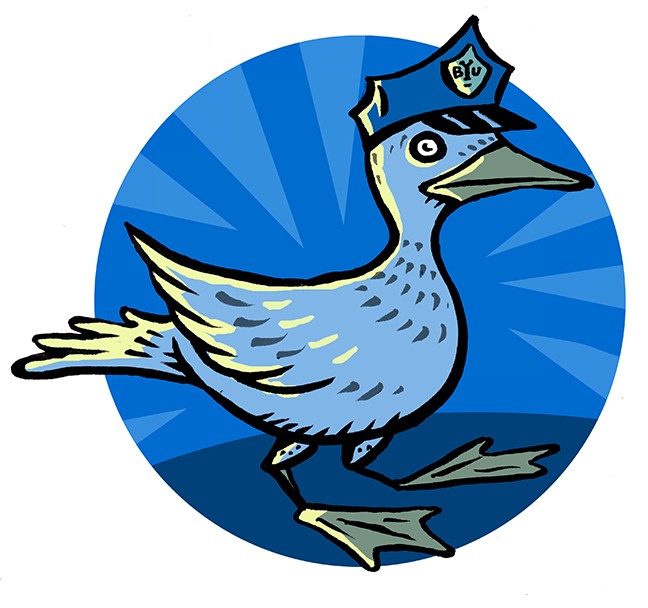 It's Sunshine Week, which doesn't just mean another week of gorgeous weather here in Southern Arizona. It's also the week when the press points out the importance of having access to public records.

Government is of the people, by the people and for the people—and so the people should know what the government is up to. While there are sometimes legit reasons to hold back on sharing records with the public, most of the time that government officials refuse to turn over information is BS.

Take, for example, the University of Arizona's Athletics Department, which is the winner of this year's Brick Wall Award from the Arizona Press Club for its refusal to open its records regarding Title IX training policies. Arizona Daily Star reporter Caitlin Schmidt has been reporting on the deplorable actions of coaches that have abused their relationships with female athletes, even as the university has stonewalled record requests. You ought to do better, UA.

The Press Club (full disclosure: I'm a member of the board) also awards sledgehammer awards to reporters who have fought to make records and government actions more accessible. The winners this year are the Arizona Daily Star's Joe Ferguson for his relentless coverage of the 2018 elections and the Arizona Republic's Yihyun Jeong, who fought to get records from the Scottsdale Unified School District for blockbuster reporting that led to the removal of four administrators and 12 felony charges, as well as changes to state law.

In our cover story this week, our friends at the Electronic Frontier Foundation are back this year with the 2019 Foilies, which rounds up some of the most egregious efforts by government agencies to block access to public records.

Elsewhere in this week's issue: Staff writer Kathleen Kunz looks at efforts to persuade state lawmakers to stop sitting on tens of millions of federal dollars that have been designated for childcare; columnist Tom Danehy takes on anti-vaxxers and some other targets of ire; web editor Tirion Morris visits a food truck that transforms into a classic diner; movie critic Bob Grimm is let down by Captain Marvel's launch into the Marvel Cinematic Universe; arts writer Margaret Regan lets you know where to hear traditional Irish music on St. Patrick's Day; unpaid intern Briannon Wilfong previews an unorthodox dance performance that examines how heartbreak can really damage your heart; Cannabis 520 columnist Nick Meyers looks at what's happening other states that have way too much legal weed; and there's plenty more, so dig in and find out what you should be doing in the week ahead.