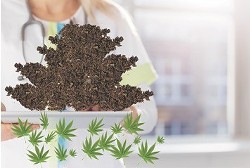 The state's new cannabis testing program began in November and the initial prognosis is that it's going to take time to straighten things out, but for now there are no shortages or outrageous price increases.

Limited third-party testing for medical cannabis officially began on Nov. 1, but the state is wrestling with the certification process to get a sufficient number of laboratories on line to handle a massive load of work.

Due in part to the ravages of the COVID pandemic, though, the Arizona Department of Health Services has loosened testing requirements in the interest of ensuring a sufficient supply of medicinal cannabis for the state's nearly 300,000 MMJ patients.

Testing has been coming to the Arizona marketplace since 2019, when a new law requiring testing of all product on medical dispensary shelves by third-party labs for a wide array of microbial contamination, heavy metals, pesticides, fungicides, herbicides, growth regulators, residual solvents and potency.

But with a global pandemic raging and AZDHS having its hands full addressing public health concerns, the testing program has had a halting rollout.

On Oct. 30—the Friday before testing was to begin—the agency released an information update for the Medical Marijuana Laboratory Certification Program stating in part that requirements for 17 of 59 pesticides and testing for mycotoxins would be postponed until May 1, 2021, to avoid product shortages that could have taken place had the program begun in full on day one.

"DHS began implementing the law on Nov. 1 and continues to work with dispensaries and laboratories to ensure that medical marijuana is available and safe for patients," AZDHS Public Information Officer Holly Poynter wrote in a Nov. 3 email. "To date, we have certified eight testing labs, and we will update our list online as we certify additional labs. Dispensaries working with certified labs are now able to offer tested products to patients."

Throughout this month, there's been a rush for dispensaries and labs to move forward as the system rights itself, with a focus on keeping product on the shelf.

C4 Labs founder and CEO Ryan Treacy has been working towards the testing program for four years. He was surprised by a dearth of testing in the beginning, but in the past two weeks business at his lab has gone through the roof.

By Nov. 16, Treacy reported C4 was "buried" under an avalanche of testing from dispensaries throughout the state. He said it's taking from three to four-and-a-half weeks to turn around test results.

"We can't handle one-third or more of total market and keep turn times reasonable," Treacy wrote in a Nov. 16 text message. "However we have more instruments and more staff in the works, so we will fix it. Nothing is fixed overnight in a lab, so it will take a bit."

The wait times are affecting local dispensaries, although supplies have been stable to this point.

Prime Leaf CEO Brian Warde has done the lion's share of his business' testing through Precision Analytic Labs in Scottsdale. While the distance from the lab has led to transportation conundrums, the real problems have come from much longer wait times as well as astronomically increased costs. Rather than a two-week turnaround in test results, Warde is seeing around 30 days.

"It's bottlenecking," Warde said. "It's been slow to roll out because of timing and what DHS has on its plate."

Costs are also a concern, as some testing has already cost tens of thousands of dollars, creating expenses that did not exist before.

"Consumer prices might see a 6-12% increase," Warde said. "For now, we won't raise prices, but everyone is going to have to adapt."

Warde said that most dispensaries are also going to have to "re-evaluate" packaging and figure out how to make test results available to consumers, which can also add expenses.

Despite the cost and hassles testing has brought to the industry, Warde said there is a general feeling that it will ultimately be good for everyone involved and that the new law has received broad support from its inception.

"We supported testing and believe it should be third-party, but we don't want to impede supplies or raise costs," he concluded.

Josh Carlson, operations manager of The Green Halo/Halo Infusions near Wilmot Road and Interstate 10, said, "things have been ridiculous" since the state prepared to implement the new testing law.

"It's had a significant impact on our business," he wrote via text. "Some labs were ready but there [wasn't] nearly enough capacity or labs to handle the industry."

He added that "it's a good step forward for the industry," but testing "should have been implemented a long time ago."

Green Halo has been making infused products in its onsite kitchen since it opened on Jan. 1, 2013, and serves patients through its own dispensary, as well as providing product for 80-100 others throughout the state. Much of their raw material comes from cultivation partner AZ Nectar Farms in Phoenix and they mostly depend on Desert Valley Testing, Delta Verde Labs and PURE Labs, all located in Phoenix.

They began testing in early September to get ahead of the curve, but the wait times have still been something of a surprise.

"I just think it could have been phased in a bit different instead of all at once," he said. "Nobody expected a three- to six-week turnaround."

Given that there are no testing facilities in the Tucson area, which boasts 15 dispensaries and 10-12 large-scale cultivation facilities, many in the industry believe it's only a matter of time before labs begin opening in Southern Arizona.

"There is at least one group I know of currently putting together a lab in Tucson," Carlson said. "I think Tucson will see growth in the cultivation industry, given the reduced cost of land and more access to power infrastructure versus Phoenix."

Moe Asnani, director of Downtown and D2 dispensaries and board member for the Arizona Dispensaries Association, has called for more labs in the region, but would not be opposed to a "public option."

"The big thing is Tucson is sending samples to Snowflake," he said. "I'd like to see a lab owned by AZDHS—a public option."