The eastern edges of downtown's Armory Park and Santa Rita Park neighborhoods bump up against several blocks of large warehouses. Located north of 22nd Street and west of Park Avenue, these two differing areas of land use are divided by railroad tracks running north-south.

The boundary line between the residential and industrial zones is dotted with signs prohibiting trucks more than three tons from entering the neighborhoods--but these signs don't seem to be working. Instead, the gear-shifting, window-rattling disturbance of huge trucks driving along otherwise quiet streets lined by century-old homes appears to be on the rise.

"We have a serious problem with 18-wheelers cutting through our neighborhood," explains Daniel Patterson, president of the Santa Rita Park neighborhood association. "It's increasing, and the streets are getting pounded. Their condition is so poor, it's borderline hazardous for someone on a bicycle."

Another Armory Park resident on 18th Street--the focal point of the truck conflict--offers a different perspective. "Occasionally, one goes through here, when they get lost."

That isn't the viewpoint of Patterson, Burr or the City Council offices of Steve Leal and Nina Trasoff, who represent the two neighborhoods. They think heavy truck incursions into the residential areas are getting worse, in part because of problems with enforcement of the city's "no truck" prohibition.

Roger Carrillo, an aide to Trasoff and a former member of the Tucson Police Department, says TPD officials have told him that truck drivers traveling through the neighborhoods defend themselves by saying that they're making local deliveries to the nearby industrial area.

According to a city traffic ordinance, vehicles weighing more than 10 tons can use non-truck routes when they utilize the shortest path to "deliver, pick up, load or unload merchandise, materials or equipment."

"If they take the most direct route," Carrillo states, "the city wouldn't be able to convict them (of a violation). That makes enforcement difficult."

That may be, but Patterson isn't impressed by what he's observed. "I've seen TPD (patrol cars) drive by truckers (in the neighborhood) without stopping them."

Despite that, Lt. Mike Pryor, who heads the police department's traffic section, says four officers are assigned to commercial-vehicle enforcement, and they operate a "viable" program which is a priority.

Another factor contributing to the situation could be Internet directional aids. To reach the industrial buildings on 17th Street, drivers approaching from the south are routed by Mapquest along South Fourth Avenue--directly through both neighborhoods.

A somewhat similar situation occurs for drivers coming from the northside of Tucson. For these motorists, Mapquest suggests using a route which includes a short stretch of Fourth Avenue south of Broadway Boulevard. If the driver of an 18-wheeler unfamiliar with the city followed these directions, he would drive right by a "no truck" sign.

Patterson says all these circumstances lead to only one conclusion: "The signs won't work." He believes physical barriers are required.

Neighborhood residents and representatives from the two council offices have been working together to develop options. They all seem to agree that the current obstacle course created on 18th Street--and other neighborhood streets--from signs, speed bumps and traffic circles isn't sufficient, but are still seeking a permanent solution.

"We need to do something, but I'm not fully sure what needs to be done," concedes Burr. "We can't just put up a barrier. ... Maybe necking down the streets, making some of them one way, or closing a few of them. I don't know what the ideal solution is yet."

Says Patterson: "The neighbors want to direct the truck traffic to use Park Avenue and 22nd Street, to stay east of the railroad tracks and out of (the residential) area.

"The businesses aren't bad neighbors," Patterson says, "but the truckers take the easiest route. ... We'd like an attractive solution which directs appropriate traffic to the appropriate area."

A call was made to the Arizona Trucking Association for comment, but nobody responded.

To move the truck-traffic planning process along, the council offices have requested the city's Transportation Department to do a study to determine the number of trucks cutting through the neighborhoods; the requested study would also document when they're doing it, and exactly which streets they're using. Once that is completed, Carrillo hopes to have a plan prepared and implemented by July 2008.

It might be only one small step in protecting two downtown neighborhoods from truck traffic, but the process has much larger implications for the entire city. With up to 300 signs warning "no trucks over three tons" posted around Tucson, what happens in the Armory Park and Santa Rita Park neighborhoods could set an example for many other parts of town.

"I think we can come up with some kind of solution," Patterson predicts, "a model to provide relief. No one wants to see their neighborhood turn into a truck stop." 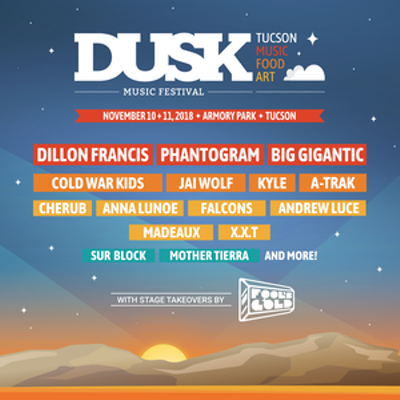 Things you need to know about All Souls Procession 2014