Finally, the big budget film about Formula One racing that no American was asking for

The story of the epic Formula One rivalry between James Hunt and Niki Lauda in the '70s is full of seemingly impossible twists and turns.

It's one of those period pieces where you feel the emotion behind every wig and every attempt to establish its time through savvy soundtrack choices. Howard's movie never feels authentic. It comes off as some decent actors playing dress-up. And it serves up a heaping pile of romantic melodrama that sends the movie off the track and into the bleachers.

Rush is supposed to be about Formula One racing, yet the performers spend surprisingly little time behind the wheel. The focus is on their lives off the track, and while that warrants some interest, come on. Show us more races, and less of Hunt's boring marital woes.

Hemsworth keeps his Thor hair to play Hunt, a superstar car-racing English playboy who is tearing it up on the tracks when egotistical rich boy Lauda (Daniel Bruhl) buys his way into the sport. It turns out Lauda happens to be a decent driver, and their rivalry eventually leads to Formula One competition, where the two push themselves mightily during the 1976 season.

It was on a rainy day in Germany when Lauda crashed his car in a near-fatal accident, suffering major burns to his head. The wreck also damaged his lungs in a life-threatening way. Amazingly, Lauda came back to race only six weeks later, his head covered with bloody bandages, to try and preserve the lead he had before and after the crash.

So, with a premise like that, a crazy real-life scenario that astonishes on all levels, it would seem a movie based on the events would kill. Let it be said that Bruhl, saddled with some pretty big false teeth to physically resemble Lauda, is excellent as the obsessive Austrian. His Lauda is easily the film's most compelling character, even when his storyline goes into Lauda's humdrum love life.

Hemsworth's Hunt is everything to be expected, and little more. He likes to party before and after races. He likes to vomit before races because he's "really" stoked. He likes to wield his mighty hammer and save the human race from invading alien forces. OK, that's in The Avengers. It's just my wiseass way of saying what he does here isn't far removed from his performance as Thor.

Hemsworth actually catches the mannerisms of Hunt quite accurately; a look at footage of the real Hunt shows that Hemsworth manages a pretty good impersonation. That said, Hunt comes off as a predictable dullard in many ways. Fault the screenplay for that.

Howard allegedly got just south of $40 million to make this movie and this, perhaps, accounts for the surprising lack of sustained racing sequences. That's not a lot of money for a movie that demands a lot of vroom-vroom. This would probably be the reason why too much screen time is spent on Hunt's blasé marriage to model Suzy Miller (Olivia Wilde, so very good in this year's Drinking Buddies).

Miller left Hunt and ran off with Richard Burton. There was some talk that Russell Crowe would play Burton in this movie, but the character wound up being cut from the film. That would've been a great cameo.

It also had me wishing that the movie was just an autobiography of Lauda, who is still alive, and Hunt, who died of a heart attack at the age of 45. The story is so amazing, and footage of the crucial racing events exists.

How about just interviewing those involved with the story, splicing it all together with race footage, and calling it a day rather than blowing $40 million? As it turns out, the BBC did a documentary on Hunt and Lauda for their Clash of the Titans series. It's available on YouTube, along with a few other documentary looks. They cover all the bases, and render a viewing of Rush moot.

In the pantheon of racing movies, Rush actually ranks high among a rather meager field. It's much better than Tom Cruise's Days of Thunder and Sylvester Stallone's Driven. It's also better than most of the Fast and Furious movies.

Howard is capable of great moviemaking based on actual events. Apollo 13 is easily his best film, with Frost/Nixon and Cinderella Man ranking in his personal top five.

As for Rush, it stands alongside the likes of Howard's The Dilemma and The Missing. It's a poser movie with a great premise but the tires go bald well before the finish line. 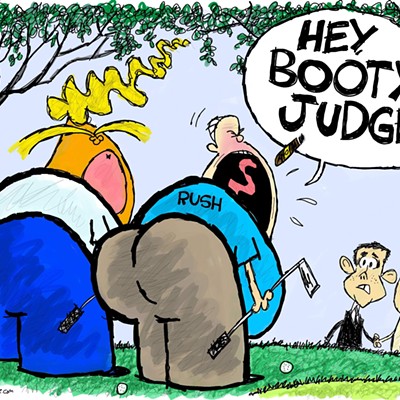