Candidates clash over Rio Nuevo and the Rosemont Mine

Candidates for Tucson mayor and City Council clashed over a range of issues at a forum earlier this week—with the biggest disagreement involving the Rio Nuevo downtown redevelopment district.

Just days before ballots were set to be mailed to Tucson voters, more than 200 people turned out at a League of Women Voters forum on Monday, Oct. 17, featuring all of the mayoral and council candidates.

Some of the sharpest elbows were thrown by Ward 4 Councilwoman Shirley Scott and her Republican opponent, Tyler Vogt, who targeted Scott over spending on the Rio Nuevo downtown redevelopment project.

"The $230 million in wasted investment in Rio Nuevo shows that the city has squandered its efforts on infrastructure," said Vogt, who credited investment by private businesses with the recent signs of life downtown. "That's business people who are doing that; it's not the city of Tucson."

But Scott, a Democrat who was first elected to the Ward 4 seat in 1995, said that the City Council deserved credit for making downtown attractive to new businesses.

"The city of Tucson ... has done more to help create incentives and new venues for businesses to come," Scott said. "Also, with the new streetcar coming in, new housing will be built along that route."

Scott's response was part of a general pushback by Democratic candidates against the narrative established by the Arizona Daily Star and Republican candidates that the city's efforts at downtown revitalization have been an utter failure.

Democrat Jonathan Rothschild, who is seeking the mayor's office, said that the Rio Nuevo board—which includes his GOP opponent, Rick Grinnell—needs to stop fighting with the city of Tucson.

"If someone has done something criminally wrong, they have to be held criminally accountable," Rothschild said. "There is an FBI investigation and an Attorney General investigation. Let those bodies work. Every time the Rio Nuevo Board and the City Council quarrel with each other, they're using city taxpayer dollars on both sides."

Grinnell, who recently voted to support the Rio Nuevo district's threat to sue the city for $47 million, also called for an end to hostilities between the city and Rio Nuevo.

"We cannot debate this issue in the media anymore," Grinnell said. "It is time that the City Council and the Rio Nuevo board come together and go over each one of these terms sheets ... (and) clear up who owns what, making sure that the taxpayers are the beneficiaries and (are) not being punished because of the mistakes of Rio Nuevo."

Romero complained that the Rio Nuevo board that was appointed by Gov. Jan Brewer and members of the Arizona Legislature two years ago has spent "more than $900,000 on attorneys. ... Mayor and council, since December of last year, have been saying, 'We want to move forward; we want to spend money on the (Tucson Convention Center)' ... and what has the Rio Nuevo board that Mr. Grinnell is sitting on done? Filed a claim against the City Council for $47 million. What does that do for the city?"

The mayoral candidates also clashed over the proposed Rosemont Mine project.

Grinnell, who counts Rosemont Copper as the largest client of his public-relations business, said that the mining company would bring good jobs, new tax revenues and tourism to the region.

"I think we ought to open our arms and say, 'Welcome,'" Grinnell said.

Rothschild said that while it was possible that Rosemont "could be a good community partner," he was concerned about the impact of the mine on the regional water supply and the aquifer, as well as the impact on the local air quality.

"I have some real concerns about Rosemont Mine," Rothschild said. "I do have a concern when my opponent is in the pay of Rosemont Mine."

Green Party mayoral candidate Mary DeCamp, who said the key to fixing the city involves empowering neighborhood associations with community conservation centers that would be opened up in vacant storefronts, concluded the forum with a call for voters to consider her candidacy.

"Be brave for a change," DeCamp said. "Vote for change. Status quo has not been working ... Vote for a woman, Mary DeCamp for mayor, and I promise you we will have more fun." 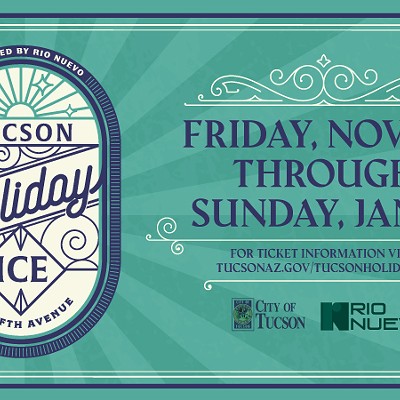 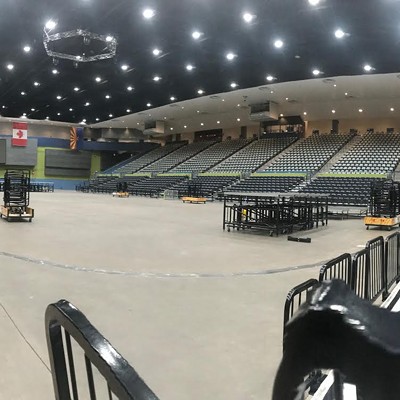