A nod to computers, and how they've taken over our lives

The other day, my darling laptop apparently croaked, and I just about lost it. I hadn't been in the middle of anything unsaved; I wasn't really worried about the hard drive, and I had a sort of gut feeling that the problem was something obvious. (I am not proud to admit that the incident turned out to be plug-related. The PowerBook screen just goes blank, you see, when you run out of juice. Not that I didn't know that.) I was more disoriented than worried: How was I going to waste time now? I couldn't poke around in the photos at National Geographic or spend hours scrolling through eBay looking for really nice examples of a certain kind of cheap, World War II-era Japanese porcelain that I will almost certainly never buy. I was cut off from the fascinatingly awful blog I dip into when I feel a craving for a nasty taste of compulsive self-exposure, and, of course, I couldn't get into my e-mail.

Work was not a problem: I can always write on paper with one of those, um, pen or pencil things, but my casual entertainment is almost entirely digital, and I missed it. It was as if the water had been shut off in the house--you keep starting to wash dishes or get a glass of water, even though you know it's not there.

What did we do before computers? No wonder our kids can't imagine it; I was around a good 25 years before they became household appliances, and I can't really picture it either. When I first went to the UA, beginning a decades-long career as a student, I was taught to use a slide rule. Yes! Only well-off engineering jocks carried around the two-pound, $499 Hewlett-Packard calculators the bookstore sold from an always-crowded corner. Not only that, I remember playing what I believe to have been the first video game, Pong, in a theater lobby here. This was the mid-'70s, and we were amazed by the white pixel bouncing back and forth between two movable "paddles" on the big, black screen. The innocent age of video games was over almost instantly, as I recall: Soon, the refrigerator-sized machine in the lobby was occupied by a driving game in which the point was to hit stick-figure pedestrians. A tiny white cross would appear every time you got one--it was wildly funny. The name of that one is floating right at the edge of my consciousness, but I can't quite catch it.

Now we have machines and connections that run like German cars, but this has its downsides. Such as passwords. Sitting here running mighty OS X, breezily confident of my wireless connection to a cable modem, empowered to command Google to pull up a quarter-million results for "dachshunds" in 0.12 seconds, I must still keep my homely Rolodex close at hand. Only there can I find the answers to those vital, infuriatingly repetitive questions, "Username?" and "Password?" At present, six cards under "P" are devoted to an archive of 22 sets of identifying pairs. And I don't exactly have access to state secrets.

When Ed and I needed our very first password, we agreed to use our senior dog's name, Biddo. Who would ever guess that? Then it turned out that many applications required six letters, and for those we used Biddodo. (We babble to our dogs and are damn proud of it.) Of course, we soon hit one that required an eight-letter word, so we added together both dogs' names to form Biddolulu. (And may the gods curse programmers who don't tell you up front how long the password needs to be.) If we had stuck with this system--or, rather, if I had--all would have been well, apart, of course, from variant user names on sites that either dictate them or have so many users that your e-mail moniker won't do. I was the one who, on my various shopping trips for goods and information, began cleverly deviating, and now it's all a mess. Sometimes I use Password, sometimes Renee and sometimes the last four numbers of my Social Security number, or my son's birthday year, or mine. But on eBay, which is subscribed to by half the people on the planet, I had to get creative and stay that way, because people keep infiltrating eBay, so you have to keep changing everything to be safe. It's the short road to chaos, and not much of an enhancement to daily life.

And yes, I do know that if you're very clever, you now can worm your way into my account at Eurotoys or Zingerman's or even MacRumors and ferret out every last secret of my life. Knock yourself out. 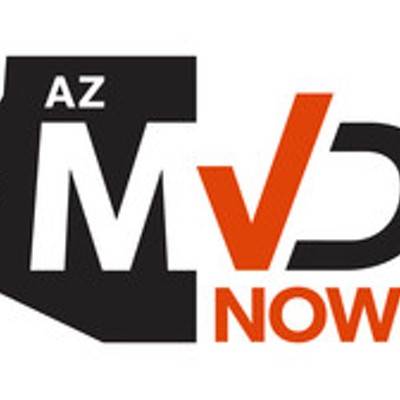