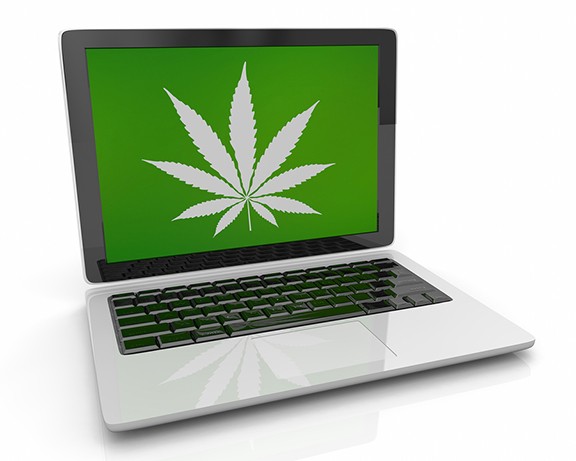 Bigstock
Arizona marijuana dispensaries can now join the digital marketplace thanks to an experimental program approved by the state's attorney general's office.

Arizona Attorney General Mark Brnovich authorized Alta, a Phoenix-based tech company, to roll out an experimental program designed to give state medical marijuana dispensaries a digital alternative to cash. Alta joined a group of other tech and business companies in the attorney general office's financial technology sandbox program on July 11.  The program allows approved tech companies, like Alta, to bypass required state and federal licenses and operate within its desired marketplace for a maximum of two years.

Through the program, Alta becomes the first company of its kind in Arizona to offer a digital alternative to cash for medical marijuana dispensaries statewide.

The process works like this: Dispensaries enroll to Alta's program online and the company sends an armored vehicle to pick up the dispensary's cash and exchanges the money for digital "tokens," which are redeemable for U.S. currency. Dispensary owners pay a transaction fee to use Alta's services, which are available online, and pay participating vendors and utility companies with tokens instead of cash.

Unlike other cryptocurrencies, Alta's token system has a fixed value–one token is equivalent to $1, Wessel said.

Wessel said she hopes her company's business model can help dispensaries across Arizona operate more like a conventional business with a bank account and provide peace of mind to dispensary owners.

"We wanted to create a solution for dispensaries so they no longer have to operate solely in cash," she said. "These are legitimate businesses that want to operate just like the coffee shop next door to them but they can't do that right now."

Though medical marijuana dispensaries are able to operate legally in Arizona, possession and sale of the drug still remains illegal at the federal level–which poses a serious legal risk for national banks.

Until legislators bridge the gap between state and federal regulations, dispensaries are forced to operate in a cash-only market, making normal business activities, like paying taxes and utility bills, more difficult and prone to crime.

"My business partner and I have a close friend in the industry who has had some near-death experiences just going to pay his taxes," Wessel said. "So, we saw this problem and wanted to find a solution."

Demitri Downing, founder of the Arizona Marijuana Industry Trade Association, said a digital payment alternative for dispensaries is long overdue. However, with the Secure and Fair Enforcement (SAFE) Banking Act gaining traction in Congress, Downing isn't sure how valuable a digital alternative run by a private company will be if the SAFE Banking Act becomes law.

"I think it will pass in the next year. So, marijuana businesses will have banking systems that are protected by law," he said. "Will anybody use it (Alta)? I don't really know. And, what assurance does a dispensary owner have that if they hand over their cash it'll retain its value?"

As a participant in the Sandbox Program, Alta is subject to the Arizona Consumer Fraud Act and is required to report business records to the state attorney general's office throughout its term in the Sandbox.

Like Downing, Moe Asnani, co-owner of The Downtown Dispensary and its sister location D2 Dispensary in Tucson, said he's confident the SAFE Banking Act will pass by 2021. Until then, Asnani said Alta's new service can help dispensaries alleviate the hassle of a cash-only market but isn't sure it's worth the extra cost.

"I appreciate the fact that they are trying to solve this problem but long term, I think by 2020, and at the latest 2021, banking will not be an issue for the cannabis industry," he said. ■