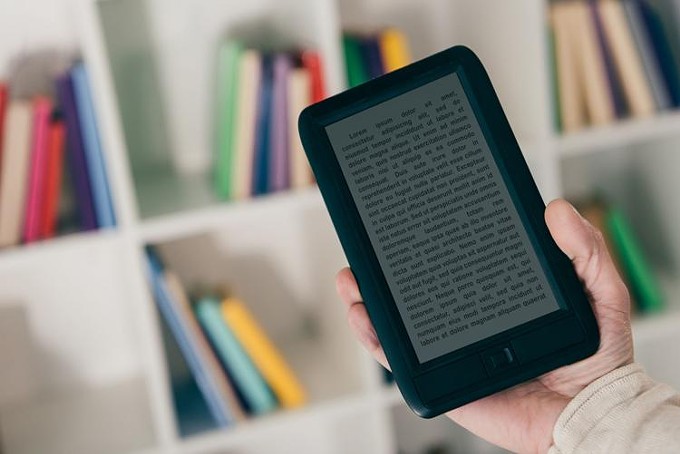 Bigstock
The “Big Five” publishers have changed their business models for econtent, throwing local libraries into uncertainty.
As more consumers turn to apps and e-readers instead of paper and ink, public libraries have found themselves caught in the crossfire of the digital information revolution.

Ebooks, audiobooks and other econtent have gained popularity steadily over the past 10 years. The Pima County Public Library partners with streaming platforms like OverDrive and RBdigital to bring thousands of digital titles to the fingertips of anyone with a library card.

For a long time, publishers—who have the rights to print and digital copies of their books—have sold their econtent to libraries at a higher price than what an individual buyer might find online. They reason that because the library will be lending it to multiple people, they should charge more to incorporate those additional uses.

For an ebook that costs $15 online, publishers charge libraries $55 or more, according to Michelle Simon, deputy director of support services at the Pima County Public Library. She said libraries have learned to accept this pricey lending policy, even though the reads aren't simultaneous.

"Customers think, 'You bought this electronic copy, why can't it be available to multiple people at the same time?' That's not how the digital rights management works," Simon said. "You buy one copy, you can loan it to one person."

So ebooks and audiobooks checked out through the libraries also have waiting lists, and some can grow quite long. Simon looked up the current title with highest demand; the 2-year-old novel Where The Crawdads Sing by Delia Owens has 610 holds on 55 ebooks, 266 holds on 25 audiobooks and 124 holds on 38 print copies. Each lend lasts for three weeks.

This current model has been deemed manageable by the libraries. But the "Big Five" publishers (Hachette Book Group, Penguin Random House, Simon & Schuster, HarperCollins and Macmillan) have made significant changes to their business models in the past year, throwing local libraries into uncertainty about how they will get the newest content to their readers without breaking the bank.

These companies have shifted toward a "metered access" policy. They sell ebooks to libraries for two years or for a specified number of library lends. At the end of that, the libraries will have to decide whether they want to purchase the same ebook again for another limited amount of access. It's no longer an ebook the library owns forever, which is the case for their entire inventory of physical books.

"If it's a popular book, that's going to be just a couple of months," Simon said. "So now you have a budgetary issue. It's costing us way more money to have these electronic books, and the growth in popularity for econtent has been nearly 30 percent year over year since we started doing this."

In June, Macmillan took it a step further by introducing an embargo. CEO John Sargent announced that beginning Nov. 1, Macmillan will sell public libraries just one copy of new ebooks in perpetuity for $30. Libraries are prohibited from purchasing additional copies during the first eight weeks of a new release. After that, additional copies can be purchased for $60 each, and the ownership only lasts for two years or 52 lends.

Their justification is that libraries are "cannibalizing" ebook sales for the company, with 45 percent of Macmillan's U.S. ebook reads being done for free through library cardholders. If there's only one copy available at the library, their hope is that customers will be motivated to purchase the ebook instead.

"It seems that given a choice between a purchase of an ebook for $12.99 or a frictionless lend for free, the American ebook reader is starting to lean heavily toward free," Sargent wrote in a letter to Macmillan's authors, illustrators and agents.

Simon said the library understands that these publishers are for-profit companies, but from their perspective, this is not the best way to create additional revenue.

"They're throwing up barriers to the basic mission of what the library is: we provide free, equitable access to information," she said. "Not everybody can afford to go buy that $15 ebook from MacMillan or from Amazon or wherever they could buy it. They need to come to the library, and if they're making it difficult for us to help that person, then they can't get the information.

"For them to say 'We're doing this so people will come and buy our books'—no they won't necessarily. They'll do without. And that's in direct contradiction to everything the library does."

"When a library serving many thousands has only a single copy of a new title in ebook format, it's the library—not the publisher—that feels the heat," Brown said. "It's the local library that's perceived as being unresponsive to community needs."

Smaller libraries may have difficulty affording these additional purchases, according to Simon. The Pima County library is supported through a secondary property tax, but other library systems across the country are supported through other means like a city sales tax, and some are even volunteer-based. Without a strong funding source, ebooks and audiobooks become inaccessible.

"Some of the smaller libraries have said they're not going to buy ebooks anymore, so now you are excluding a particular community," Simon said. "You're starting to exclude people from access to information. That can be a slippery slope. Someone can't access something, now they're more disadvantaged than someone who can. And it's not just in Arizona. It's all across the nation and all across the world."

changing the way they do business, libraries are forced to make tough budgetary decisions. Should they buy more physical copies to alleviate the waiting list? Should they let the holds get higher before buying more ebooks? Simon said it takes away the relative stability that libraries have when budgeting for newly released materials.

While a customer could find quicker access to a particular title by getting a physical copy instead of the ebook, some people prefer to use the library's website and apps to access information, according to Simon. She said that for any number of reasons, the customers who check out ebooks don't necessarily visit any of the 26 libraries across town. Some find ebooks and audiobooks to be a more accessible way to consume information.

Because econtent is becoming more popular, Simon said libraries are constantly trying to respond effectively. They are making more spaces in their buildings for people to create, meet and interact, they often host author talks, all because there's fewer physical copies of books available.

"Before, independent authors would try to get their books published and print physical copies," Simon said. "Now with Amazon, they're publishing their books right to digital content. The physical copy doesn't exist."

Since they foresee fewer and fewer physical copies of books going forward, libraries feel that now is the time to address the lucrative business models of ebooks. The American Library Association created a task force to address these types of issues beginning in 2012. They advocate for the libraries' interests and even create ideas for new business models that they bring to the publishers directly.

Simon believes the biggest aspect they could change is the embargo of new materials. Once that is accomplished, the issue about charging multiple times for the same ebook can become a collaborative conversation between publishers and libraries.

"That would take more time, but would be beneficial for both parties in the long run," she said. ■