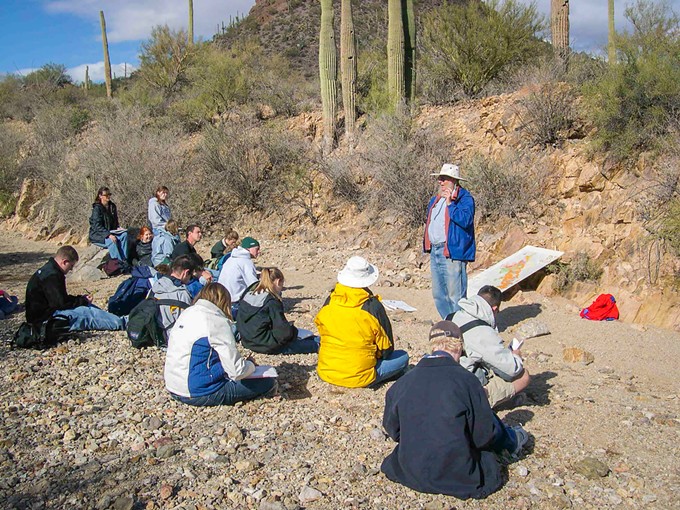 Tony Burgess’s world was one of fungi, flowers, saguaros and century plants.

He left a legacy of ideas for saving them and the rest of desert life, stretching from his research at the Desert Laboratory west of downtown to helping design Biosphere 2.

As a scholar in rainbow-colored suspenders, he was known as a friend to the Sonoran Desert’s packrats, lizards, button cacti and agaves, seasonal grasses and meadows of poppies.

As a UA student, his friends were the sort who kept snakes or turtles in their dorm rooms.

He was at home in Tucson circles where guitars and banjos appeared along with his accordion, and his tenor voice singing “The West Texas Waltz.”

He died January 21 at 73, after a long battle with multiple cancers brought on by Agent Orange exposure during U.S. Army service in Vietnam.

Burgess was born in Fort Worth, which played a key role in his career. In 1983, he helped design the rooftop of the landmark Caravan of Dreams arts center in the city’s historic downtown, financed by oil heir Ed Bass. It featured an interpretive garden of succulents under a Buckminster Fuller geodesic dome, with a dramatic terrace garden of giant yuccas.

In 1984, a spin-off organization, the Institute of Ecotechnics, including Bass, purchased a ranch in Oracle, Arizona, for a sealed microcosm model of Earth’s complexity, anticipating space travel and Mars settlement. Burgess helped envision the project, along with top scientists from NASA, the Jet Propulsion Lab and the UA’s Environmental Research Lab. The venture became Biosphere 2. It aimed to mimic Earth, seen as Biosphere 1.

Into the 1990s, his work with Space Biospheres Ventures led to creation of several “biomes”—zones with certain creatures, soil and climate—within the glass dome of Biosphere 2. Its biomes included a rainforest, ocean and coral reef, mangrove wetland, desert, and agriculture. Burgess, as site naturalist and biome management coordinator, led expeditions into Sonora, Baja California and Florida, collecting seeds, soil samples and plant materials for the simulated biomes.

Columbia University took over in 1998, and built a campus for 300 students. Burgess, by then on the faculty of the Columbia’s Biosphere 2 Center, helped design its landmark Earth Semester course. 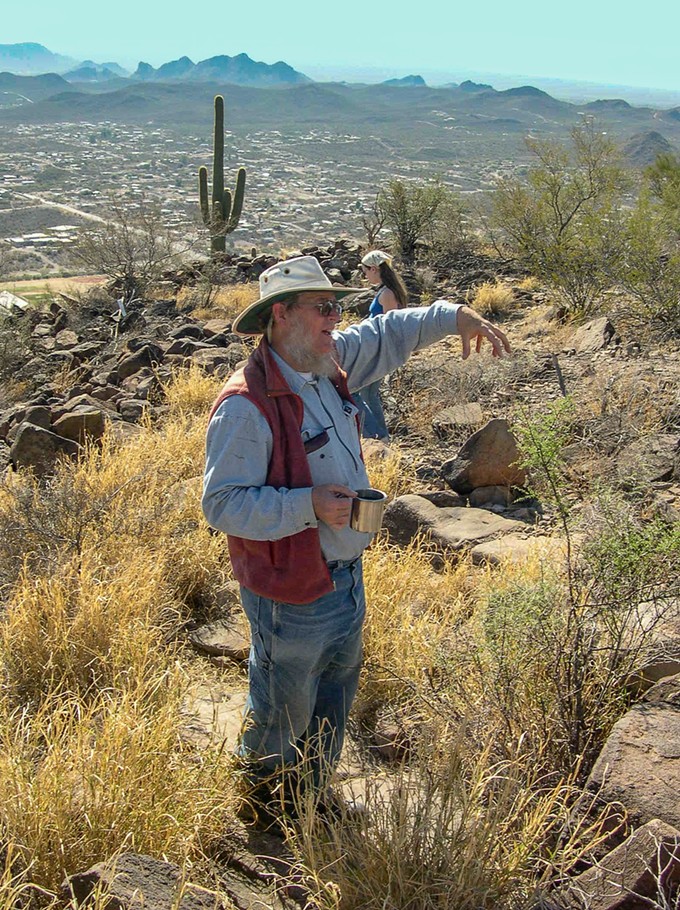 Back in 1966, Tony had left Texas to study biology at the UA and fell in love with the Sonoran Desert plants and wildlife. He was curator of the UA mammalogy collection in the Biology Department, managing the “bug room” where the flesh-eating beetles known as dermestids nibbled carcasses of dead specimens down to bones and teeth to be used for study or display.

After Vietnam, he went to Texas Tech for a master’s in ecological sciences, specializing in agaves and other flora of the Guadalupe Mountains. There he discovered an unknown-to-science composite flower on the salt flats west of the Guadalupes, later named for him as Lepidospartum burgessii, the Burgess broomscale.

Burgess was born June 5, 1948, in Fort Worth, son of John Jarvis Burgess, co-founder of the Carter & Burgess Inc. engineering firm. His love of nature started early on his grandfather’s ranch near Azle, Texas, and from exploring the creeks, woods and prairie of the Trinity River drainage around Fort Worth.

In 1979 in Tucson he married Martha Hyde Ames, a dendrochronologist, ethnobotanist and desert educator who founded the outdoor expedition program at Arizona-Sonora Desert Museum. Tony joined in as field instructor on expeditions into the desert.

They were married for 20 years.

Burgess was a botanist with the U.S. Geological Survey at its Water Resources Division Ecohydrology Project for 14 years, working in its office on Tumamoc Hill, adjacent to the Desert Laboratory. Along the way, Burgess earned a PhD from the UA in Ecology and Evolutionary Biology. He co-wrote the classic “Sonoran Desert Plants: An Ecological Atlas” (UA Press, 1995) with Raymond Turner and Janice Bowers.

Around 1990, Tony was asked to guide a group of international desert ecologists, including some from China and Russia, on a whirlwind tour of the Four Deserts of North America. This trip with “Desert Rat Tony,” is reported in author Gary Nabhan’s book “The Nature of Desert Nature” (UA Press, 2021).

In 1991 Burgess went to Kuwait and Saudi Arabia with a Friends of the Earth team to document Gulf War ecological damages.

Burgess was as a controversial yet beloved professor of ecological systems at Texas Christian University in Fort Worth, from 2004 to 2013.

Upon retirement, Burgess moved to Homer, Alaska, to be with his son, Beau, and to take up volunteer work in the boreal ecosystem, advising gardeners, farmers and conservationists about resilient planting for climate change that is happening extremely fast in high latitudes.

“Tony Burgess’ guiding principle was inhabitation,” said Martha Burgess, “to understand every facet of how we, as individuals and as communities, might live truly sustainably in deserts.”

Ever the environmentalist, Burgess’ last wish was that his body be composted. And it was.

Correction: This article has been updated to correct the year the University of Arizona took over management of Biosphere 2.