Southern Arizona folk singer Ellanora Dellerba’s debut album is both a musical and personal journey more than eight years in the making.

Dellerba, 24, began writing Lost To A Coastline when she was only 15, and reflects the growth of the musician as well as life in the desert.

“It sums up all my heartaches and loves lost and lessons gained into one performance,” Dellerba said.

Being raised by musicians, Dellerba has lived and breathed music, from being involved in her father’s band to being a longtime performer at the Tucson Folk Festival and Tubac Festival of the Arts.

Because of her history, Dellerba has always loved music and been fascinated with how words can be used poetically to convey multiple meanings.

“These songs come out of struggle,” said TaliSeen JahRing, Dellerba’s assistant producer and bandmate. “Music isn’t just playing your instrument, music is living your life and going through the struggles so that way when you get on that instrument or behind that microphone you can connect to who’s listening.”

“What she captures musically is there’s a simplicity in the words that can touch lots of people,” JahRing said. “There’s a level of vulnerability. She doesn’t write music outside of herself, it is music written solely from within.”

Many of the songs are also imbued with natural sound, representing her connection to the Sonoran Desert.

“There’s something very adamant about the desert. It’s unwavering, unmoveable,” Dellerba said. “I feel like I’m a very absolute person and [the desert] is not very forgiving and that speaks to me.”

Dellerba says her favorite songs are “Highway Grass” for its instrumentals, and “Lost To A Coastline” for its raw lyricism. The titular song was the last the team worked on for the album, with the chorus written in the studio as they were finishing production.

“[At first] it was more of a metaphor representing the man that I was with, but just in writing I realized that it really reassembled myself that was lost to the coastline,” Dellerba said.


JahRing’s favorite off the album, “Starsong,” weaves various natural sounds of the desert. He recalls a monsoon-heavy night while recording the track.

“I’m laying down a full guitar track and all the lights go out. But the engineer is telling me to continue to play and there’s no lights really, just this thunder booming. And [after I finish] it turns out that the whole tape was still there, and that’s what made it on the album,” JahRing said.


Dellerba was born and raised in the Avalon Gardens EcoVillage in Tumacácori. Global Change Music, Dellerba’s recording label, was founded by her father TaliasVan.

“The whole idea is to support artists outside of Hollywood music culture and really to find true artistry and to support it in a way that doesn’t destroy the artist,” JahRing said.


According to its website, Global Change Music seeks to lyrically and physically take action against injustices and systems of oppression.


Looking to the future, Dellerba continues to expand her artistry through songwriting and photography, and hopes to perform more concerts.


“We are hoping to go on tour and we’ll see what the world has in store. ” Dellerba said. “But we are beholden to what is right for us.” 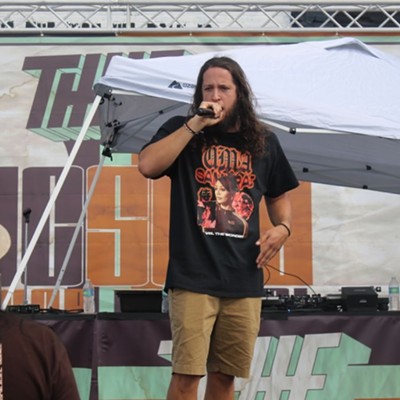