Arizona’s childcare policies one of the worst 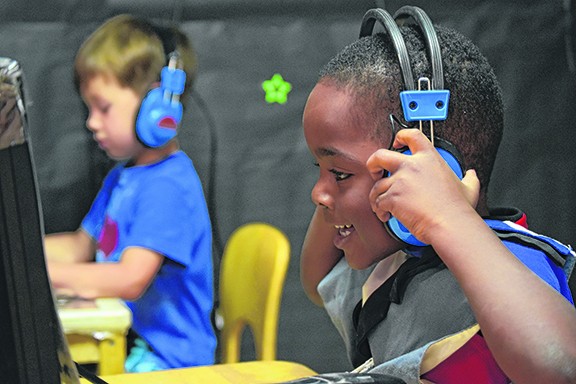 It may come as no surprise that Arizona's child care policies are not great, but a new study shows the dollar amount that the Department of Economic Security gives to poor working families is based on the most outdated rates in the country.

Arizona's childcare subsidies are based on the 75th percentile of child care costs from the year 2000, which is the oldest rate but not the lowest percentile, according to a new study by the National Women's Law Center.

The average amount the lowest income families are eligible to receive is $400 a month, according to DES. That amount is far less than the current cost of childcare.

Outer Limits tries to make tuition affordable. For a long time, they only charged the lowest-income families a $5 copay on top of what DES paid. But with rising costs and new regulations, they've had to raise the copay, and in August, the copay for newly enrolled families with an infant went up to $50 a week. The copay is less for older children, where the class sizes are larger.

Currently, about 76 percent of their families receive childcare assistance, but Berk says for the business to be successful in the future, he'll need to increase the number of private pay families, who can pay the full tuition.

Even with the $50 copay, the revenue Outer Limits gets from from their low-income families with an infant is about $215 less per month than their typical tuition for infants.

Many providers are getting paid 45 percent of what they can charge on the open market, says Kelley Murphy, director of Early Childhood Policy for the Children's Action Alliance.

One thing Arizona did recently do to improve things is reducing the copays required by families. Besides any copay the provider requires, the state requires families pay one as well. For a family of three, with a $30,000 yearly income, the copayment dropped by an average of $87 per month, according to the Children's Action Alliance.

"It's a little break for families," Murphy says. "But it doesn't help providers who are struggling to stay afloat."

Berk says some of the rising costs go toward positive changes, such as a higher minimum wage. The problem is that subsidies have not made any adjustments for this cost increase, not to mention 18 years of inflation.

There's an added cost to comply with DES as well, which added additional contracting regulations in July 2016. Providers are now required to have smaller group sizes, ensure workers are certified in CPR and first aid, and create a disaster preparedness plan. Berk says while these are all are good measures, they cost money to implement but come with no additional funding.

DES' latest budget request includes a letter to Gov. Doug Ducey stating that because of the outdated rates, "the cost of care is often excessive, even with a subsidy."

"Quality child care is out of reach for many Arizona families," the letter reads. "Subsidies offered by the Department to qualifying families fall short of appropriately supporting Arizona's low-income working population."

Childcare subsidies come primarily from the federal Child Care Development Block Grant program. A stipulation of receiving the grants is that the state provides equal access to childcare for all families, which is obviously not happening.

The state applies for a waiver every three years to continue operating on the out-of-date rates. Arizona is requesting another waiver in 2018, and there's no indication the federal government won't approve it, says Michael Wisehart, assistant director for DES' Division of Employment and Rehabilitation Services.

There's a lot to say about the question of affordability allowed by the subsidy rate, but it's "a bit of hyperbole to say the funding is in jeopardy," he said.

Another persistent problem is Arizona's long waiting list for child care assistance. At the beginning of 2017, there were 6,493 children on the waitlist, according to the National Women's Law Center. And DES says that the current funding only covers about 33 percent of eligible children.

The numbers on Arizona's childcare-assistance waitlist skyrocketed after the state cut their contribution to the program in 2010, under then-Gov. Jan Brewer. The state budget for childcare subsidies went from $82 million to zero, according to First Things First, an independent state agency funded through tobacco taxes. When the budget was cut, First Things First formed and now contributes about $30 million annually to early childhood education.

When the state cut funding, cases of child neglect went up. A number of child care providers say cases of neglect went up because working impoverished families couldn't afford childcare, leading to more children in foster care. But studies show there are a number of factors that could have contributed.

"Cases of child neglect definitely went up—there's no question about that," Wisehart says. The assistant director with DES worked in child welfare at the time and says "there's a million factors that went into" the increase in neglect cases.

This was at the height of the Great Recession, and other factors were at play, such as a reduction to cash benefits, cuts to local support systems and economic stress within families. In 2015, state lawmakers began contributing $5 million to $9 million a year to address the growing number of children in foster care that need child-care subsidies.

Early education providers call the DES wait list the denial list, as families sometimes wait years before receiving subsidies. But DES made some changes in July that allow families to move off the waitlist more regularly.

Wisehart says they use to accept 1,000 to 2,000 families once or twice a year. Now, they're assessing the budget and accepting families every month. This also gives families a better idea on how long they'll have to wait.

Another beneficial change could be on the horizon.

For some time, DES has paid an additional 10 percent to accredited childcare providers. The number of accredited centers are a small percentage of the state's licensed programs, and even with that additional funding, it's not anywhere close to the cost, said Berk, who's also a member of the Arizona Early Childhood Education Association.

He found out at their annual meeting in October that the governor's office is currently considering raising the additional funding for nationally accredited schools to 20 percent as well as paying an additional 20 percent or 10 percent, respectively, to 5-star and 4-star schools that may not be accredited.

Early childcare providers say this would be a good start to improving the state's childcare policies.

Berk says it would be nice for the state to fully fund the child care program, but he knows that's unlikely, as it would cost around $100 million yearly. But he does think they should make small incremental increases every year, so schools and families can at least maintain an already difficult situation.

Numerous studies show that kids who go to high-quality preschool are more likely to go to college, earn a higher wage and be in a committed relationship. They are far less likely to get arrested, suffer from chronic disease or to need public assistance.

"It's really an equity issue," Berk said. The system is "supposed to provide access so that all children can access high-quality preschool. We know that it benefits low-income children more than anybody else."