The cinematic adventures of Harry Potter in Harry Potter and the Deathly Hallows: Part 1 improve slightly over the previous installment, but the film is not anything resembling a triumph. It ekes by on the strength of its cast while serving as a transition to what looks to be a powerful conclusion.

This chapter is directed by David Yates, who piloted the previous two Potter films and is currently putting the finishing touches on Deathly Hallows: Part 2. Yates likes his movies slow ... really, really slow. We're talking slow like a depressed sloth after consuming a bottle of Jack Daniels shortly after hearing that he's lost his job following the death of the family dog.

Yes, Deathly Hallows was a big book and probably deserved two films to cover it. Heck, most of the Potter books probably needed two films. Hearing Potter-book fans chatter and lament over the literary omissions from the films has been part of the soundtrack of my life since Sorcerer's Stone hit screens nine years ago.

However, this movie is probably a good half-hour too long; it feels padded. If Yates and his editor had tightened the screws on the many moments that hang on and linger past their welcome, they'd probably have one of the series' better installments on their hands. Instead, Deathly Hallows: Part 1 is little more than an intermittently enjoyable, extremely dark prelude to the big stuff that is to come in the July 2011 finale.

Its notably scary and entertaining moments owe much to the good ensemble work by Daniel Radcliffe, Emma Watson and Rupert Grint. Chris Columbus and his casting directors deserve some kind of large bonus for choosing these kids 10 years ago for the original film. They have matured into fine performers capable of carrying a sometimes-cumbersome flick, and giving it a lot of heart.

After the demise of Dumbledore in the prior chapter, Harry and friends are away from Hogwarts, trying to elude Lord Voldemort (Ralph Fiennes) and his army of Death Eaters. In fact, Hogwarts hardly plays into the story at all. There are no quidditch matches or humorous classroom scenes, and there's next to nothing involving Hogwarts staples like Snape (Alan Rickman), Draco (Tom Felton) and Hagrid (Robbie Coltrane).

Grint is required to do a lot of the heavy dramatic lifting as Ron. He has a scene in which he hallucinates a naked Harry and Hermione getting it on, and it's quite the shocker to see them all grown up and acting hot and bothered.

This is no longer a children's series. On top of the spicy Harry/Hermione action, there are plenty of scenes containing horrific elements, and even nasty gore. Ron sustains a messy arm injury worthy of George Romero zombie flicks, with bloody muscles exposed through ripped skin. I know that the series has numerous adult fans, but had there been a few more gore scenes and a little bit more of Emma Watson's naked butt, this one would've earned an R rating.

Radcliffe continues to progress as an actor. I especially liked a moment when Harry's friends had to disguise themselves as Harry Potter decoys, yet they still possessed their own feminine or overly masculine personality traits; Radcliffe turns in a rather impressive impersonation of Watson's physical demeanor. It's one of the few times when you'll laugh while watching this film.

Some of the effects look a little flat. I'm thinking this had to do with the initial intention to convert Part 1 to 3-D after filming. A few months ago, it was announced that the 3-D conversion would not come to pass, although plans are still on for a 3-D version of Part 2. In Part I, snakes spring at the screen, and other objects come at the audience, obviously intended as 3-D stunts. It doesn't look bad, just incomplete.

I still hold out high hopes for the final chapter. Even if Yates allowed his last couple of chapters to drag a bit, he still provided enough vital moments, and the plot direction remains intriguing. One thing is a certainty: Viewers will have a lot more of Fiennes' evil Voldemort to contend with; his last moment in Part 1 is a doozy.

For those of you who haven't been watching all of the films, you might want to take the time to watch the entire series before watching Deathly Hallows. I've seen all of the movies, and I still had a hard time following some of the convoluted plot developments.

As for diehard Potter fans: You know going into Deathly Hallows: Part 1 that you are really only getting half of a movie (albeit a really long half). All will be solved in just seven months, which isn't that long of a wait. Heck, I had to wait three years for Return of the Jedi after The Empire Strikes Back left me slumped and crying in my chair, so you kids today have it pretty easy.

Harry Potter and the Deathly Hallows: Part 1 is not showing in any theaters in the area.

Harry and the Potters, Live at the Library! 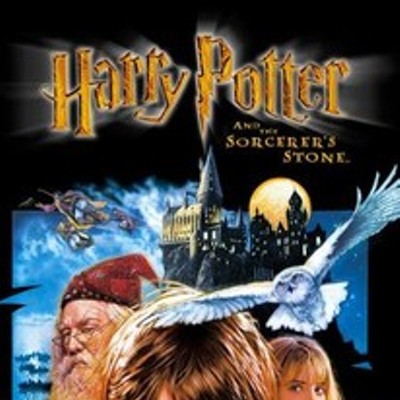