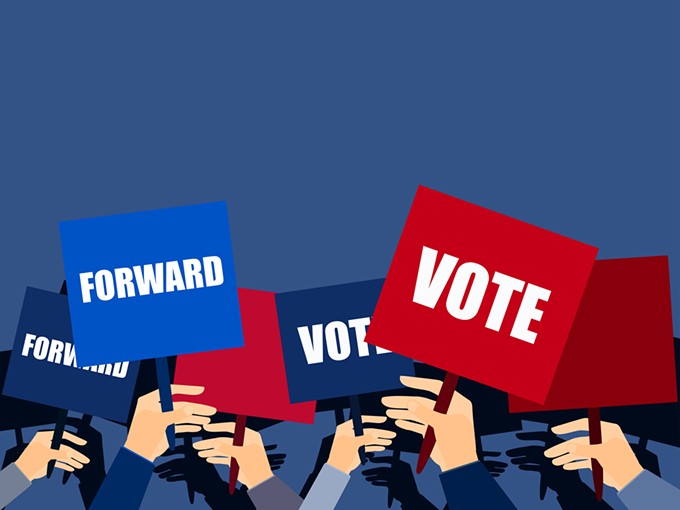 With Labor Day in the rear-view mirror, we're now in the stretch run of the political season and there are just so many questions that need to be answered. Among them:

• How big a lead would any other human being not named Hitler or Clinton have on Donald Trump right now? (Actually, Bill Clinton would be up 15 points, but Hillary is such a stink-o candidate.) Why are we Democrats stuck with the second most-reviled candidate of all time (behind only her racist blow-hard opponent)?

The answers to these questions and more will have to wait for another time because this week, we're celebrating the 50th anniversary of Star Trek. You don't even have to put quotes around the term. It's not just a TV show or a movie; it's part of Americana, a philosophy, and, for some, a way of life.

I've loved Star Trek from the very beginning. (I have to admit that the number 50 hits like a phaser on Serious Stun.) In the years leading up to the time the show first hit the airwaves, I was an industrial-strength comic book nerd. I still have the first letter Stan Lee ever wrote back to me, explaining that he, too, believed that The Temptations were a national treasure, but he didn't see how they would fit into a comic book. (Going by what we now know about what went on behind the scenes with that group, they would have made for an R-rated graphic novel.)

When the show first appeared, I missed a lot of the episodes because it was it was in the days before VCRs and DVRs and all that other fancy technology I haven't figured out yet. But what episodes I did catch, I absolutely loved (except the one about the tribbles). I knew it was something special; it expanded my horizons and gave me hope. For example, after watching William Shatner in action, I realized that I, too, could become an actor. Apparently, just about anybody could.

Growing up in the ghetto, my friends and I also appreciated the muli-ethnic cast. Some of my friends appreciated the hell out of Lieutenant Uhura. One time, my basketball teammates wanted us to go as a team to the Watts Parade, but I told them that the T-shirt that I had with the big red target painted on it was in the dirty clothes so they should probably go without me. I remember watching it on TV on a local channel. Nichelle Nichols got on stage and sang a song called "Black Baby." I don't remember any of the words, but I do remember the blouse she was sorta wearing.

I once read in the L.A. Times that some local affiliates down South wouldn't run the episode where Kirk exchanged spit samples with Uhura. I thought, "Well, 50 years from now, people down south aren't still going to be racist." Maybe I should have thought "a hundred years from now."

Like most Trek fans, I have my favorite episodes. I really like the one where they go back in time and let Joan Collins die. And I loved the one where they used hit-'em-over-the-head imagery to point a finger at the stupidity of racism. It was the one where Frank Gorshin and that other guy were each half-white and half-black. Not like Halle Berry, but really white on one side and black on the other. The kicker was that one guy who was white on the right side while the other was white on the left side and yet they still hated each other. Idiots.

When the show (which struggled for viewership on NBC) hit syndication, it blew up. I watched every episode multiple times (except for the one about the tribbles). The surge in popularity led to Star Trek conventions (so brilliantly satirized in the hilarious Galaxy Quest); some feature films (a couple good ones and some really bad ones); and several new series.

Star Trek: The Next Generation was solidly good. Then came Star Trek: Deep Space Nine, which was a spin-off of a spin-off and felt like it. Remember the old days when you would make a cassette copy of a cassette and it would degrade about 20 percent? That's how we went from Led Zeppelin to Def Leppard and from All In The Family to Maude to Good Times. Definitely not dy-no-mite.

I have a friend who was absolutely obsessed with Jolene Blalock, who played the Vulcan bombshell T'Pol on Star Trek: Enterprise. I really liked the series, but, judging by the ratings, I was obviously in the minority (just like during that Watts Parade thing). If you never saw the show, there was a steaming subplot about the attraction between a human guy and T'Pol (who apparently was in a permanent state of pon farr). I swear they showed this woman's navel about 10 times as often as they did the warp drive. She would wear this skimpy outfit; you could call it a Vulcanini, although that's probably also the name of a made-up dish at Olive Garden.

The really cool thing is that I typed this entire column with my hands in the "Live Long and Prosper" configuration. And I did so boldly.