Tom explains why—Surprise!—he won’t be voting for Trump this November 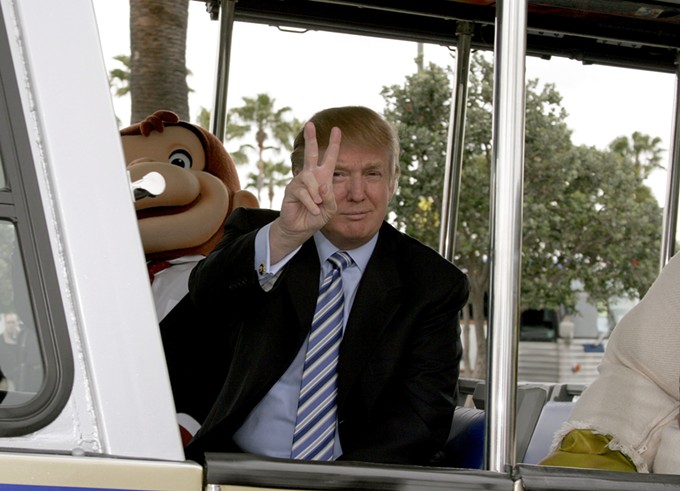 I've gone through my entire life being not-good-looking. When I was young, we were watching Flip Wilson doing a stand-up bit on TV and he was talking about ugly people. He said, "Ugly people know who they are—and the people sitting next to them know who they are."

Right then, I looked around the room and I noticed that my mom and at least three of my sisters were looking at me sideways. Then Wilson concluded, "If you're ugly, get used to it, because you're going to be ugly for a loooong time."

I've told the story before that when I was on the cusp of teenager-hood, my sainted Italian mother took me aside and said, "There are two ways to get girls to like you. You can be good looking or you can have a good personality, so you'd better get to work on that personality."

The combined wisdom of Teresa DiMarco and Flip Wilson has served me well. I've gone through life knowing that, at least in the beginning, I will be partially judged by my appearance and that I'll have to work to climb out of the hole that my looks dig for me. (It doesn't help that I made things worse by giving in to the siren song of tortilla chips and salsa.)

Maybe that's why I often work behind a laptop screen or in a radio booth instead of in front of a TV camera. (I told a friend what I was writing about and he asked how I explain my success working with kids. I just figure that teenagers think that almost all human beings over a certain age are unattractive, so they just lump me in with the rest.)

Anyway, this getting-judged-by-my-appearance hadn't bothered me in a while, until the other day. I was walking out of a store when a young man with a clipboard came up to me and asked me if I was a Donald Trump supporter. (It didn't help my cause that the store out of which I was walking was WalMart.) I did a quick double-take, then I realized that being white, fat, old and bald, I could be the poster child for Trump supporters. (That's probably why I was able to walk around the Tea Party rally a few years back without being accosted.)

I told him that I most certainly was not a supporter of Donald Trump. He made a little mark on his clipboard and then, very earnestly, asked me why not. I thought about going on a tirade, but I was running late. I told the guy that he could read my reasons in my next column. So here, Sadly Misguided Young Man. Here are some of my reasons as to why I could never be a Donald Trump supporter.

• I know more than three black people. And I can tell them apart. And I've never called any of them "George." (Back in the old days, it was considered polite in racist white society to refer to all adult black men as "George" because African-Americans worked as railroad porters in cars invented by George Pullman. Sad, but true.)

Actually, I did once meet the leader of Parliament/Funkadelic ("Tear The Roof Off The Sucka'/We Want The Funk"), George Clinton. But he was so stoned at the time, I could have called him Moonflower McFlatulence and he just would have smiled and muttered, "Cain't stop the funk!"

• I can read and write and do math. I'm fairly certain that some Trump supporters can cipher better than Jethro Bodine, but...have you seen Idiocracy?

• I've been married to the same woman coming up on 38 years next week. (Yes, I was a semi-lovely June bride.) I don't believe in trading in for a younger model every few years. It was butt-phlegm Trump himself who explained why he appears to keep marrying the same woman over and over again when he said, "I don't like variations on the theme. I like the theme."

• My wife's ancestors came from Mexico and Spain. I don't want her to accidently get caught up in some kind of round-up and end up on the other side of The Wall.

• Mostly, I have political standards. Lord knows that my Democratic Party has nominated some duds over the years, but at least they weren't racist Know Nothings who bragged about how they were going to tear down the U.S. economy and ignore the United States Constitution. If the Democrats nominated Trump or somebody like him, there is no way I could support him. As a matter of fact, I'd fight him/her every step of the way.

I love the use of the term "Vichy Republicans." I can't believe how quickly ostensibly "principled" Republicans are throwing away everything they've claimed to believe in an effort to keep a woman from becoming President. I respect those Republicans whose values will not allow them to support Trump.

I have no respect for Trump or his supporters.

Danehy: There’s much to look forward to in 2021 but not right away (other than getting rid of Trump)

Danehy: The year may have been awful but at least we had some great television to watch

Danehy: T'was The Column Before Christmas

Danehy: There’s much to look forward to in 2021 but not right away (other than getting rid of Trump)

Danehy: The year may have been awful but at least we had some great television to watch

Danehy: T'was The Column Before Christmas