If you don’t like sports, Tom says boo and asks you to support the coolest basketball scholarship programs around and honor MLK

On Monday, Jan. 18, the basketball arena at McKale Center on the UA campus will be jumping from before noon until late in the evening. The 12th annual MLK Day Basketball Classic will pit high-school teams from all over Southern Arizona in a hoop jamboree that starts with the Immaculate Heart girls taking on the Lady Warriors of Baboquivari High at 11 a.m. and finishing up with Pueblo's boys facing off against Rincon sometime around 8 p.m.

Running the show again this year is Herman House, whose day job is director of secondary schools/interscholastics for the Tucson Unified School District. It's obviously a labor of love for House, but it's a labor, nonetheless, one that requires months worth of planning to get that one day of execution down right. (They begin at the end of one basketball season, looking at the final rankings of teams and seeing which ones have several players coming back the following year. House says that they do their best to match outstanding teams against one another.)

"I love it," House says. "We get to pay tribute to Dr. King. We get to watch some good basketball, but, most of all, we get to honor members of our community and give out some great scholarships to deserving young people."

The MLK Classic actually began in the Phoenix area. Steve Hogan, the athletic director for the Mesa School District, stated it and then, after initial success, asked House, and a couple others, if they wanted to start one in Tucson. It has been a success from the jump (that's a basketball term).

For one thing, it allows kids to play a game on the court that they have held in awe most of their lives. Because the men's team has basically sold out the place for decades, most local ballers have probably never been in the arena when a game was going on. (I know that they could go to a women's game or a volleyball game or even a cool gymnastics meet, but it's super hard getting into a men's game.)

"That's one of my favorite things," House says. "You watch a kid's face light up when they step out onto the McKale court for the first time. Even the kids who come across as too cool get a little bit emotional when they get out there."

At halftime of each game, House's committee honors someone from the community of each school participating in that particular game. "We like to honor people who have devoted their lives to advancing civil rights in one way or another. Each school nominates someone from their community. We've honored teachers and parents and nurses—all kinds of people who make Tucson and the world a better place."

Putting on the event is a monumental task, but House has lots of help. He can't name all the volunteers who put in their time, but he does mention Dale Lopez (about whom I wrote a cover story a couple months back). "Dale's just unbelievable," House beans.

Many of the refs volunteer their services, as do the announcers and the scorekeepers. Parents chip in by providing food for the Hospitality Room and the UA doesn't gouge the committee on the rent.

"Oh yes, we pay a rental fee for the arena, but we always have plenty left over to go to the scholarship fund," House says.

Every year, several students are given scholarships by the MLK Classic committee. "Helping kids go to college makes all the hard work worth it," he adds.

It's really strange. I know of a lot of local businesses that don't close for MLK Day. And I'm not talking about mom and pop stores. I'm talking architectural firms and law offices. I know it's so inconvenient for Dr. King to have been born so close to the start of the year and he'd probably apologize for it were he here with us today. But, gee whiz, guys. He gave his life and inspired untold millions.

Some places take off Presidents' Day in February instead of MLK Day. That's kinda lame. The birthdays of Abraham Lincoln and George Washington are only 10 days apart, so the feds came up with Presidents' Day, which means we have to honor the bad ones along with the good ones.

I suppose it could be worse. Those of you who lived through the brief governorship of Evan Mecham—he of "pickaninny" infamy—remember the awkward attempts by several Arizona lawmakers to avoid joining the rest of the country (and, at the time, the 20th century) in honoring Dr. King. To this day, Arkansas, Mississippi and Alabama still honor Robert E. Lee on MLK Day. That's just sad. He chose the wrong side and then he lost. I wonder if Germany celebrates Erwin Rommel Day.

Anyway, stop by McKale on Jan. 18. Watch a game or two and contribute to the scholarship fund. It's a nice way to honor Dr. King. 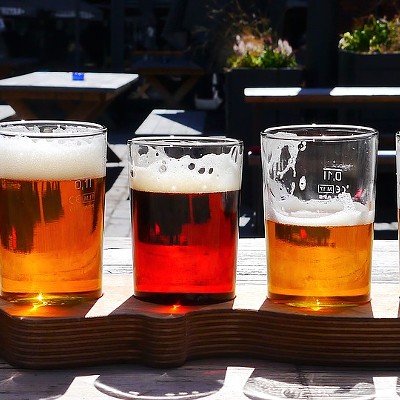