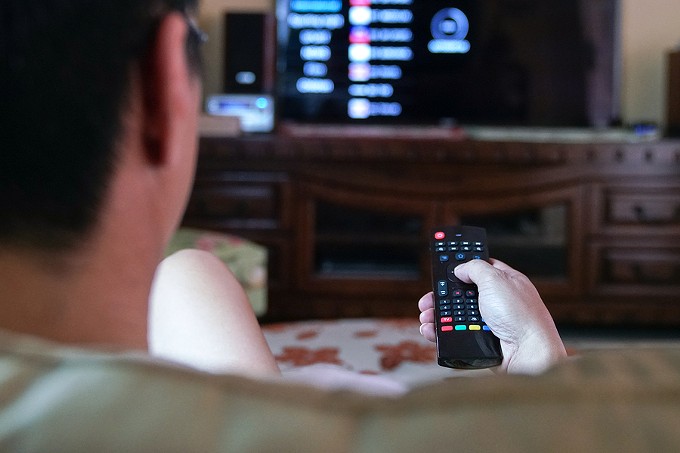 I miss sports like a wino would miss wine. Like Jared Kushner would miss his facial moisturizer if it weren't part of the national emergency stockpile. I miss sports on a daily basis more than I miss Popeye's Chicken halfway through Lent.

I begin missing sports from the moment I wake up, when, back in the day, I used to check the morning paper for scores (although, after the Star started getting printed in Phoenix, any game that ended after the old people got done eating at Sweet Tomatoes—around sundown—was tagged as having finished after press time). I miss sports all day—reading about it, watching, rooting, playing, and coaching. Especially coaching. And I miss sports late at night, when I used to tune into SportsCenter to catch some scores, some highlights, and some smart-ass talk from Scott Van Pelt.

I saw some idiot on one of the cable news networks the other night. He used that awful phrase ("new normal") for which, after this all goes away, people will be sentenced to hard labor for having been criminally annoying in public. He said, "Isn't it amazing how easily people have kicked their sports addiction?"

No, it isn't amazing. People haven't kicked sports, but many of us would like to kick you.

That's one of my main beefs with Dr. Fauci and others who blithely talk about sports not coming back until 2021. That's unacceptable. Sports are a major part of the fabric of America and much of the world.

Right now, all we're getting to watch are reruns of games to which we already know the result, the NFL Draft (which is always the most-overhyped event of the year), and (ugh!) people playing video games. Let's make this clear: E-sports is not a sport. It's a freakin' video game. I've got no problem with kids (or even adults) spending countless hours with a controller in their hands, sword-fighting with Knights Templar or killing zombies. Not everybody is capable of reading a book all the way through, so they have to pass the time somehow. It takes skills to get good at playing some video games. But what does it take to watch somebody else play video games? A selfie as you blow past the sign that reads "abandon hope all ye who enter here?"

It's bad enough that millions go on Twitch to watch others be couch potatoes. But when ESPN put that nonsense on national TV, they stepped over a line.

What I really don't understand is why, as we're now into May, we don't have some sports already. There could be tennis or golf. With just a few minor precautionary measures, there could be swimming or track & field. Heck, I don't know why we can't have baseball and softball, which have minimal human contact.

The NBA has been talking about getting back at it ever since they were the first pro league to shut down. Unfortunately, they have gone the route of Richard Pryor's pimps on cocaine—be talkin' all the time but don't be sayin' sh-t! They've leaked a couple dozen scenarios, but the one that appears to have the most traction is to forget the rest of the regular season and go right to the playoffs. They want to get all of the teams in one place, sequester the players in hotels and just go at it.

They're talking about best-of-three series for the first two rounds (which would be exciting as all hell, with a much greater chance of upsets instead of the tedious best-of-seven format throughout). If they manage to pull their collective head out of their butt and put this on, you'll have TV rating like it was the Super Bowl with the final episode of M*A*S*H shown during halftime. The players want the site to be Las Vegas, but that city's crazy mayor has a burning hemorrhoid telling her to open things all the way up immediately. The league wants it at the Wide World of Sports venue at Disney World in Florida. I don't care where it is; just get it done.

Finally, does anybody really think that there won't be an NFL season? The governor of California, Gavin Newsom, originally said that there wouldn't be any sports in his state until 2021, but then tacked over to the position of "maybe they can play in empty stadiums." The NFL is not a business; it's not a conglomerate. It's a force of nature. If California doesn't want games, the Rams and Chargers can play in Phoenix and the 49ers can join the Raiders in the new stadium in Vegas.

If multiple states balk, the NFL could just lease Devon Island (the largest uninhabited island in the world) from Canada, build two or three domed fields (it would be easy since they wouldn't have to build any seats), and just go to town.

In the meantime, give us something. Tell the Major League Baseball players to quit whining about missing their families. It's a one-time deal and you're serving a much-greater good. Plus, people, in large numbers, will watch your boring-ass games. Tell the NBA to make a decision before LeBron James starts to calcify.

And don't say anything about NASCAR. I miss the hell out of sports, but I'm not THAT desperate.