Danehy: We have to win in November

Joe Biden might not be Tom's favorite politician, but he's better than Bernie Sanders, and WAY better than Donald Trump 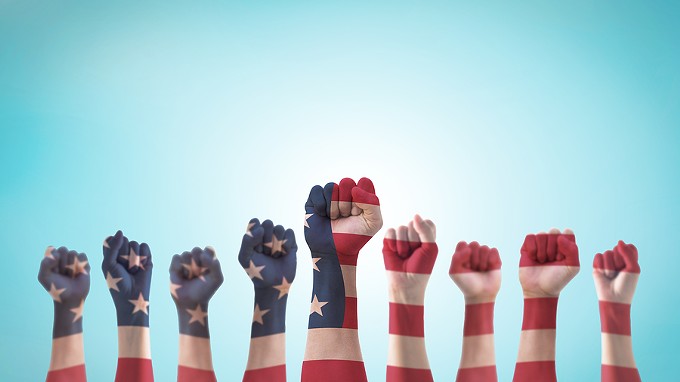 I received a wedding invitation in the mail the other day. It was from one of my former players who is now a teacher in Colorado. Before I go any further, I have to mention that a school administrator once told me that he found it "strange" that my former players would invite me to their college graduations and their weddings. I told him that I want to get to know my players as people and listen to what they have to say. I've always thought that the personal touch is a big part of why my teams win so much.

Anyway, back in the day, this kid was tough-minded, head-strong and wildly opinionated. Just about perfect. Not the best basketball player, although if you think about it, that description fits everybody except that one player who is the best. This kid was probably the seventh or eighth best basketball player on the squad but her toughness got her a lot of playing time.

One night, we were playing a road game against a team that, under normal circumstances, we should have been able to beat by 20 points or more. But this wasn't a normal night. Two of my starters (including our leading scorer and rebounder) were home with illnesses, the other team was playing really well, and, on offense, we couldn't throw a marble in the ocean if we were standing in the surf. And, for good measure, pretty much our whole team was in foul trouble.

So, with a couple minutes left in the half, I told the kid to just stand there, holding the ball (something I generally hate to do). She gets the pass and immediately starts dribbling while standing still. I very politely asked her whether she had understood my instructions. When she said yes, I asked her why, then, was she dribbling. I told her to give the ball up, get it back, and HOLD THE BALL. She was fuming. She said, "This is stupid!"

In my head, I thought, "Your mama's stupid," but I actually said, "Well, at least one of us wants to win."

We took the last shot of the half and bricked it, but at least we had a four-point lead at the break. We slogged our way through an ugly second half and came away with a seven-point win. For the rest of the season, the kid wanted to argue that strategy. At State, she ended up hitting the game-winning shot in overtime against powerhouse Pima High to get us to the Final Four.

Years later, when she was getting her Master's at NAU, she came to one of our State playoff games in Prescott. After the game, she told that story to my then-players. I figure that there's a 73 percent chance that she brings it up at her wedding reception, probably around the time of the cake-cutting (when she has a knife in her hand).

My response to that then, now, and forever is that we won. We might have won using a different strategy, but what we did gave us the best chance of winning.

Which, at long last, brings us to next week's Democratic primary. People, we have to win in November. This isn't lame Michael Dukakis against lamer George Bush. It's not slick Bill Clinton against ancient Bob Dole. This is the most important election of a generation, maybe of the century. The White House has been captured by a demon, one who worships money and hates minorities. He lies and cheats and steals and is absolutely convinced that laws are for lesser beings. The sad part is that two out of every five American adults are okay with him lying and cheating and ignoring the law.

It's going to take a decade or more to clean away the stench left behind by a one-term Trump Administration. If he gets another term, the America that we love may well cease to exist. But we have to start by winning in November. And if the safe, boring approach gives us the best chance of doing so, then safe and boring it is.

Donald Trump is almost stunningly beatable. The blueprint for winning big was drawn in the 2018 midterm elections when articulate Democrats talked about health care and a return to decency. There was no talk of revolution and neither would we be well served by such talk now.

Joe Biden may be my 10,000th-favorite Democrat, but that still puts him ahead of Bernie Sanders, who isn't a Democrat at all. We live in a country where an embarrassingly large number of people don't know the difference between socialism and communism and neither are they aware that socialism—like love—is all around.

It would be so easy to run a successful national campaign against Bernie Sanders. "Hey, here's a Chatty Bernie Doll. Just pull the string and he says dumb-ass things like 'government health-care for all.'"

I'm imploring my fellow Democrats not to vote for Bernie Sanders next Tuesday. You really want revolution? Schedule it for 2024. Right now we have to win. We have to make America, America again.