Tom has some thoughts about sacrifice and lent 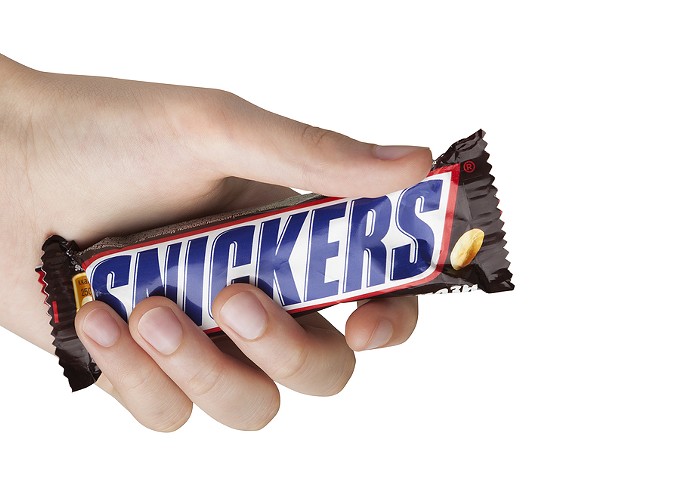 Yesterday was ash Wednesday, meaning that there are only 46 days left until I can have Popeye's Chicken again. That's assuming that Popeye's will be open on Easter Sunday, which is probably not a smart assumption to make. If it's not open, it simply means that I will have to wait 47 days. I'll spend Easter Sunday in a state of grace, using deep-breathing exercises to avoid committing any of the Seven Deadly Sins.

The aforementioned state of grace might be in tatters, seeing as how I will be coming home from Easter Mass, having endured the horde of Christmas/Easter people who show up late with their kids playing video games and eating snacks while the adults take sips from their Hydro Flasks, seeing as how it's impossible to go 52 minutes in an air-conditioned church without proper hydration. In recent years some priests have preached about showing compassion for the people who show up twice a year. But I'm sorry; I just see them as a Catholic version of the Clampetts. They look at the Baptismal font and think, "Wow, their see-ment pond is tiny."Popeye's being closed on Easter Sunday would present a double-edged sword. It could inspire Wrath but, at the same time, prevent Gluttony. I won't have to worry about Lust, Greed, or Sloth. However, Envy could pop up when I come to realize that, while I'm staring at a plate of ham and mashed potatoes, people in Australia would be eating Monday-morning Popeye's which, of course, is among the best kind of Popeye's there is. You'd figure that having done Lent for all these years that it would get easier. I've certainly learned from some of my mistakes so at least I'm not making things worse as the years go by. My five toughest Lents have been:

•1978, when I gave up meat and fish. I was the sports editor of the Arizona Daily Wildcat at the time. A guy named Steve Williams was a copy editor. (Yes, that job used to exist. I think about it every time a sportswriter in the morning paper uses "sprung" instead of "sprang" or "rung" instead of "rang" as the past tense of "spring" or "ring." That stuff drives me nuts!)

So anyway, Steve swore that if I went even a couple weeks without eating meat, I would lose my taste for it and that I would find the smell of cooking meat repulsive. I spent the last five weeks of Lent making voodoo dolls of Steve and when I went to get Communion on Easter Sunday, I wanted to ask if the wafer came with bacon.

•1982, when I gave up soda for the first time. We all know how bad diet soda is for you...blah, blah, blah...but at least it has no calories. I substituted copious amounts of juice for soda and packed on an amazing 18 pounds in 47 days.

•1984, when I gave no soda another shot. I only did so because some companies had come out with low- or no-calorie juice. This time I only gained seven pounds.

•1967, when I thought I would outsmart God by giving up the very-popular Snickers bars (which I have never liked). I made a big deal about giving up Snickers bars. Two days into Lent, I rolled my ankle playing in a pick-up basketball game. Worst pain I've ever experienced. And then, for the next several months, the pain just kept on coming every time I stepped on a rock...or a crack or a hair. I decided then that Snickers bars are evil like the apple that Adam ate. And that's why I have not eaten a Snickers bar since The Summer of Love.

•All of the other years are tied for fifth. Lent just kinda sucks.

What I've always thought would be a good idea is to combine Lent with a Secret Santa thing so you could determine other people's Lenten sacrifices. I realize that doing so would tiptoe up to the Christian definition of Pride, the deadliest of the Deadly Sins. But it's just for fun, so I emailed Pope Francis to get his permission. He hadn't gotten back to me by my deadline, but I'm sure it's okay.

Like, what if you could tell Martha McSally that for the next 46 days, she can't lick Donald Trump's boots? She'd be left without a political agenda of any kind.

I'd have UA point guard Nico Mannion give up taking bad shots. For him, "bad shots" means shots.

Everybody involved with the Houston Astros should give up talking, not just for Lent but for the entire season. You're embarrassing yourselves. If cheating wasn't going to help you win, why did you cheat?

Token African-American Fox News talker Harris Faulkner should give up eye makeup for Lent. Have you seen her? She wears four pounds of eye shadow and has six-inch-long false eyelashes. If she gave it up for Lent, I could listen to the dumbass stuff she says without having to duck for cover every time she closes her eyes.

And Bernie Sanders? Why don't you do us all a favor and just give up? Most of us don't want Donald Trump re-elected but you're doing all you can to see that that nightmare happens. You might as well be his running mate.