Now that downtown is on the rebound, let’s not allow fight club idiots to ruin it 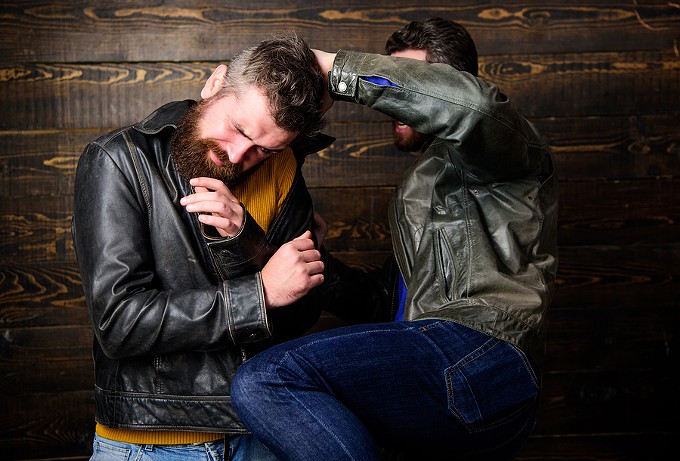 Bigstock
There was a time, a while back (I'm not exactly sure when; it was probably a couple Jeremy Bearamies ago). I was walking into a staff meeting for the Best of Tucson when I was confronted by a cadre of...oh, we'll call them patrons of the arts. It was around the time when there was a push to convert some of the old downtown warehouses into free (or really low-cost) spaces for artists. I was against the idea for a variety of reasons and that made me Mister Stinky-Poo among the crowd waiting at the door. I was about as welcome as Donald Trump at a Mensa meeting.

During a break in the meeting, I tried to strike up a conversation with those whom I had so sorely insulted. But they were having none of it. All they could throw at me was that I had written the line, "If they dropped a bomb on those warehouses, it would do several thousand dollar's worth of improvements."

At the time, downtown was not seen as a particularly welcoming place by many Tucsonans. It had a certain grimy charm with its dive bars and tattoo parlors. Oh, and there was the Sun Tran bus center, which was basically a magnet for knuckleheads. Famous chef Janos Wilder had been pushed out of his space and had moved to the foothills and about the only thing that would draw people into downtown at night was a concert at The Rialto.

I had read about other cities that had revitalized their downtown areas; I had even seen a couple for myself. Omaha, Nebraska (of all places) has a great downtown, hip and happening and, most of all, welcoming. I wondered why Tucson couldn't be the same. We didn't have to directly copy other cities. Hey, here's Tucson's version of the Gaslight District, which is officially known as the Gaslamp Quarter.

But now, after more false starts than a sprinter with vertigo, downtown Tucson is becoming a thing. The Rialto and the Fox Theatre provide live entertainment. The streetcar connects Downtown to Fourth Avenue and the university. There are coffee houses and cafes. Janos has moved back downtown. And the TCC has a pro sports team (the first-place hockey team, the Roadrunners) that doesn't suck. It's not all the way there, but it's more there than not.

And so now—of course—comes word that a Fight Club is operating downtown, with some fights being staged and others erupting spontaneously and everything being filmed and then posted online.

Anyway, fights have been breaking out at the east end of downtown with ridiculous regularity and the violence is threatening to put a damper on the impressive progress that has been made in the downtown area.

One person wrote online, "It looks like Grant and Alvernon decided to migrate to Congress and Toole." And the fact that people are filming the fights and posting them online certainly doesn't help. There are even a couple things on Facebook (Fight Club Tucson and Fight club Exclusive Tucson) that appear to be trying to legitimize this nonsense.

Oddly enough, the Tucson Police Department posted on its Facebook page that "While fights that have been shared on social media have attracted attention, between 2017 and 2019, police activity in the downtown district, including calls for service and officer-initiated events, actually decreased 17.7 percent, while crime overall in the district decreased 14 percent."

Sadly, both things may be true. There may indeed be this fight club "culture" taking root at the east end of Congress while overall crime in the downtown area is decreasing. But those two phenomena cannot coexist forever. Either an increased police presence severely clamps down on the fighting or downtown Tucson goes back to being a scary place—just more well-lit this time.