Remembering the lousy treatment of the Wyoming Black 14, 50 years later 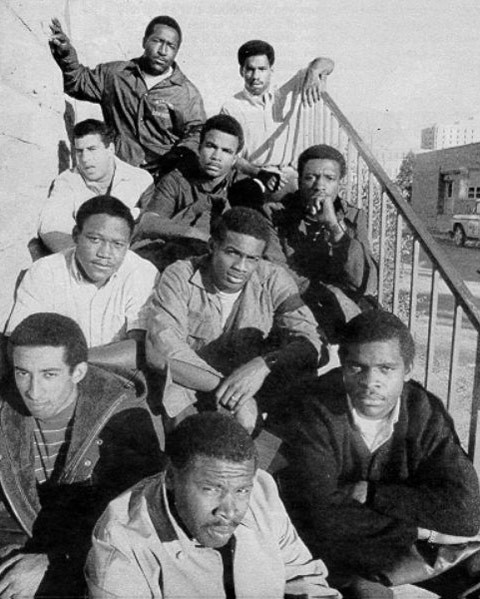 Courtesy photo
It has become sadly derigueur for those of us who have made it this far to look back in wonder and disgust at events that transpired a half-century ago. I don't obsess and I don't linger too long, but I do look back and ponder how we survived that time, let alone the ensuing five decades. It was bad enough that we had to go through it once; what really sucks is that things aren't a whole lot better now. They should be, but they're not.

I can't let 2019 go by without looking back at one more ugly historic episode, that of the Wyoming Black 14, a group of thoughtful and talented young men caught in the roiling confluence of sports and politics. It was one of those things that, in retrospect, just seems exactly right for those times, even though it turned out oh-so-very wrong.

Back in the 1960s, the University of Wyoming Cowboys football team was an unlikely national powerhouse. In the same Western Athletic Conference with the University of Arizona, the Cowboys won three consecutive conference championships, beat Florida State one year in the Sun Bowl, and then nearly upset LSU in the Sugar Bowl on New Year's Day in 1968. Heading into the 1969 season with high hopes, the Cowboys had won 31 of their previous 36 games and were ranked nationally.

They started the year with wins over Arizona, Air Force, Colorado State and UTEP, moving up to 12th in the UPI Coaches Poll as they prepared for a home game against Brigham Young University. BYU was owned and operated by the Church of Latter-Day Saints. The previous year, San Jose State's black players boycotted a home game against BYU to protest racial discrimination in the Mormon Church and only 2,800 people showed up for the game. In April 1969, black track athletes at UTEP were kicked off the team when they refused to participate in a meet in Provo, Utah.

In the week leading up to the BYU game, student leaders on the Wyoming campus urged the African-American players on the team to boycott the game and planned student protests before and during the game. Wyoming Football Coach Lloyd Eaton (a rock-ribbed old-style coach like Arizona State's Frank Kush, only way racist) called one of the team's black players (and one of the team's captains), Joe Williams, aside and warned him about one of the team's rules, that which prohibited players from participating in any type of demonstration.

The next morning, the 14 black players met in a dorm area and put on black armbands, hoping to convince their coach to allow some sort of silent protest. The players all wanted to play in the game, some to exact payback for all of the racial epithets that they had endured the year before from BYU players and fans in Provo. But as soon as they met their coach in the upper level of the old fieldhouse (and before they could say anything), Eaton told them that they were all off the team. The coach launched into a tirade, including (according to his own testimony at a later civil rights court case) telling them that "if the program at Wyoming was not satisfactory then perhaps they had better think about going to (traditional black colleges) Morgan State or Grambling."

To this day, the players all say that they wanted to play in the game and they had just wanted to talk to their coach about it. But he never gave them the chance, starting things off by screaming at them that if were not for him, "they would all be on Negro relief (welfare)."

The suddenly all-white Wyoming team beat BYU the next day, 40-7, but for Eaton and his program, it was all pretty much downhill after that. The Wyoming campus, already in turmoil over anti-Vietnam War protests, was torn. A faculty group voted 114-38 in favor of the athletes, but the school's Board of Trustees sided with Eaton.

After the BYU games, the Cowboys squeaked past San Jose State to move to 6-0 on the season, but then lost the last four games of the season by a combined score of 50-129. The next year, the Cowboys went 1-9, losing all of their home games, with their only win coming at Colorado State. It was the school's worst record since the 1930s and its first losing record since 1948. The school's freshman team (which was a thing back then) failed to win a game.

Support for Eaton disappeared like flatulence in a tornado. After the 1-9 season, it was announced that he was "retiring" from coaching. The football team would win only 12 of the next 38 games after the Black 14 were kicked off the team and would have only one winning season in the entire 1970s.

In 1978 LDS Church Prophet Spencer Kimball related to the Quorum of the Twelve Apostles (that included Marion Romney, first cousin, once-removed, of Mitt Romney) that he had had a divine revelation that told him to remove the church's official restrictions against black people.

Earlier this year, eight of the surviving players went back to Wyoming, where they were honored at a dinner and given formal apologies by the school's current president. Not nearly enough, but then, nothing could right that wrong.