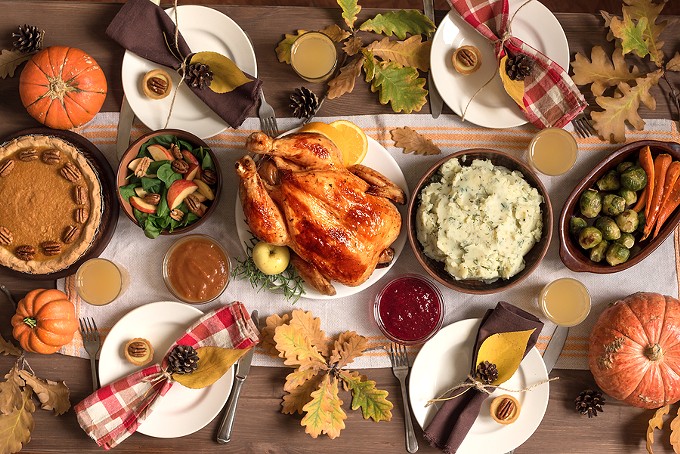 • Kevin Sumlin should be thankful for Khalil Tate, whose football career has followed the path outlined in the book that comedian Steve Martin wanted to write: How I Turned a Million In Real Estate Into $100 Cash. Tate's exploits—or, more precisely, the lack thereof—have sucked up all the media attention as well as all of the fans' outrage and puzzlement.

This wasn't going to be the Golden Age of Arizona football, but considering the schedule of these past two seasons, the Cats should have been able to scratch out six or seven wins each year, go to a couple lower-tier bowls and prime the recruiting pump for better things down the road. Instead, they blew a couple of easily-winnable opening-week games, dug themselves a hole, almost climbed out, and then reverted to losing form.

But what did we hear on the radio, at the gym, in our own heads? Not "Gee, I thought Sumlin was a good coach." Instead, it's "Why does Tate run out of bounds all the damn time?"

• Regina Romero should be thankful for the voters in Tucson. Not just the ones who put her in office, but rather for the ones who voted overwhelmingly to dump that dumb-ass Sanctuary City proposal. It's going to be hard enough to do the job without having to deal with that albatross around her neck.

•Donald Trump should be thankful for all of his stupid supporters. (I know that he has some smart people who support him, but those people do so mostly for tax breaks and racist judges.) The stupid ones are not always just the people who show up at his rallies and cheer every imbecilic thing that falls out of his twisted mouth. In a speech he gave at a meeting of the Economic Club of New York, he claimed that his daughter, Ivanka, is responsible for the creation of 14 million new jobs in the past three years. The problem is that, according to the U.S. Department of Labor statistics, there have been only 6 million new jobs created in the United States in the past three years.

I know that it's hard for Economic Club people to juggle big numbers like six and 14, but come on! Maybe he was talking about slave labor in her overseas sweatshops.

• Pima Community College Chancellor Lee Lambert should be thankful for the incredible intercollegiate coaching staff that has made Pima College a national power in multiple sports. What was for the longest time a sleepy little junior college lost in the long and dark shadow of the Pac-12 university just a few miles down the road is now a monster.

Todd Holthaus has taken his women's basketball team to the national tournament several times in the past decade and has another powerful team this year. His counterpart on the men's side, Brian Peabody, guided his team to a second-place finish nationally two years ago and last year's squad absolutely dominated the Arizona Community College Athletic Association. Greg Wenneborg and his staff consistently turn out track and field (and cross country) athletes that challenge for national titles on an annual basis. And men's soccer coach Dave Cosgrove led his squad to a national championship last year and then back to the NJCAAs this year. The softball and baseball teams are back on the rise, as is women's volleyball.

Lambert should be incredibly grateful that, despite his efforts to close up athletic shop at Pima, he is instead overseeing a nationally known program staffed by classy winners who could easily be snagging D-1 jobs in the NCAA.

• I'm thankful for the guy who stands on the northeast corner of Shannon and Magee with a handful of newspapers, waving at passers-by. He's there in the 100-degree heat and the 45-degree cold. He demonstrates a toughness and dignity to which we should all aspire. I don't go by that intersection very often and in the past, I would just wave back at him. But, in recent months, I've pulled over, given him five or ten bucks, and asked him how his day is going. I don't buy a paper because I get it at home. But, before I pat myself on the back, I have to admit that I asked him his name one time. He told me and I almost instantly forgot it. I'm going to swing by there again soon, ask him again, and this time, I'll remember it.

• Vladimir Putin is certainly thankful for Donald Trump. I've never bought into that nonsense that Trump is a Russian agent. But, as it turns out, Trump does more for Russia through his bungling and bluster than he would probably be able to do as an agent in place. It's like that commercial where the four young people are in a scary movie. They have the opportunity to get in a car with the engine running and drive away, but instead, they choose to seek shelter in a shed full of chainsaws. Lurking behind the knuckleheads is the bad guy. He lifts his hockey mask and makes a face, pondering just how dense the victims can be. In case Trump doesn't get it, Putin's the guy in the hockey mask.

• And we should all be eternally thankful that Popeye's Chicken is open on Thanksgiving Day.