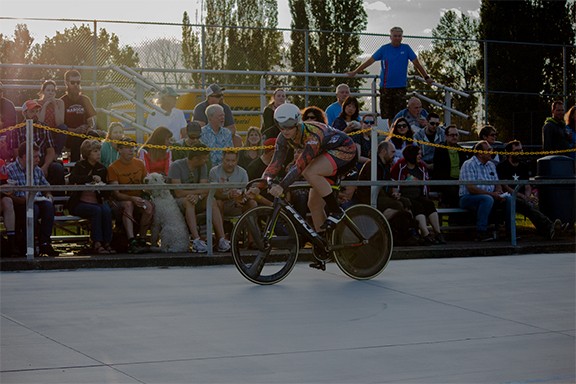 Courtesy
Emil Franzi and I grew up 15 years and 15 miles apart in the San Fernando Valley, he in lily-white Glendale and I in kill-whitey Pacoima. He grew up conservative and, later, libertarian. I grew up liberal and, now, still liberal. But what I found the oddest was that I grew up totally immersed in (and obsessed with) sports, while he was a car guy and a greaser.

I never lost my love of sports, while Franzi became this wild opera/classical music guy. We tried to talk about it, but didn't get far. He thought football was fat people knocking each other down while I thought opera was fat people singing at each other in loud voices.

When he passed away, I did a tiny bit of soul searching. When I'm on that conveyor belt to the afterlife, will my devotion to sports be a plus or a minus? You can just see St. Peter and Lucifer sitting side-by-side (but not too close) at the end of the beltway, deciding whether to use that giant flipper to send me one way or the other, like I'm a package at the Amazon distribution center.

Back when I was a kid, there was no doubt. Sports were a force for good. Participants could learn sportsmanship and teamwork, how to be humble in victory and gracious in defeat. Sports brought together people of different races, religions, nationalities and politics.

Of course, as I got older, I learned of the dark side of sports—the high-school and college coaches who illegally recruit, the steroid monsters who use chemicals to gain an illegal edge, the parents who think it's perfectly OK for their 10-year-olds to be on year-round travel club teams. Nevertheless, I still believe that sport has a net positive effect on the world and that's why I continue to coach and participate in other ways. While the tales of cheating refs, law-breaking athletes, and bribed coaches have taken their toll over the decades, I still stand up for sport and believe that most people participate in it for the right reasons.

Which brings me to the egregious case of Rachel McKinnon. The transgender McKinnon recently broke world records in cycling, prompting a firestorm of controversy followed by an inevitable backlash by people who just love to shout "transphobia" these days.

Let's be clear here: Transgender people deserve every protection under the law in the workplace, in housing, in education, in marriage, and in life. They deserve our respect, our patience and our understanding. But, in my opinion (formed by decades in believing in the fairness of sport), they do not automatically deserve to compete against ciswomen. They just don't.

McKinnon was a male for the first 30 years of life before deciding to transition in 2012. McKinnon's supporters want us to believe that those first 30 years of testosterone-fueled muscle building don't count for anything. (Even today, McKinnon is six-feet-tall and weighs 200 pounds.) Cycling champion Victoria Hood, one of the few people in the sport willing to speak out, said, "It's not complicated. The science is there and it says that it is unfair. The male body, which has gone through male puberty, still retains an advantage that doesn't go away. They have the right to do sport but not the right to go into any category they want."

McKinnon bristles at such criticism, claiming that Hood has "as irrational fear of trans women," then adding, "by preventing trans women from competing or requiring them to take medication, you're denying their basic human rights."

McKinnon's stance is infuriating. She is actually a professor of philosophy at the College of Charleston and yet she shows absolutely no desire to look beyond her own selfish interests.

Not only have I been a sports person my entire life, I have been fighting for women's equality in sports my entire life. I was raised in a household with a strong mom and six athletic sisters (no brothers). One time, after having coached several consecutive girls' basketball teams to winning seasons, I got called into the athletic director's office. He told me, "I've got good news for you. The boys coach is quitting, so you can move up to the boys job." This was a professional educator with a master's degree in education.

A kid on my basketball team last year said, "It's kinda strange, Tom, that you're more of a feminist than any of us are." (This came after I barred the playing of any music by woman-beater Chris Brown in the team bus.)

McKinnon's situation is not isolated. Last year, I wrote about two kids in Connecticut who were finishing one-two in all of the sprints in the girls state championships. The two are not undergoing any transition, but have merely stated that they "identify" as female. I'm sorry, but if I was the parent of one of the kids who finished third or fourth and got cheated out of a state championship (and potentially a college scholarship), I'd be heated. Hell, I'm heated as it is.

Jennifer Wagner-Assali, who finished third behind McKinnon last year, perhaps said it best: "I do feel that hard-fought freedoms for women's sport are being eroded. If we continue to let this happen, there will be men's sports and co-ed sports, but no women's sports."