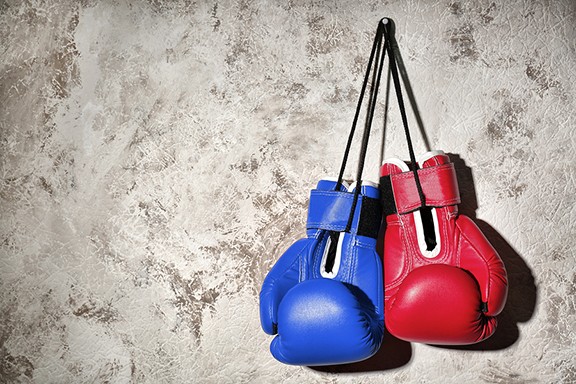 Bigstock
Dear guy on the far side of the political chasm: Things are getting out of hand, but I sincerely believe that you and I—two diametrically opposite people, politically—can do something about it.

The fact is that we can agree or disagree on just about everything as long as we agree that we're both Americans. We can get heated and throw out insults, but we shouldn't consider each other un-American. But I'm serious here. Let's you and I try to find some common ground, and if that's not possible, at least look in each other's direction. There are a few basic categories that we can work on.

• A Nation of Laws. I know that I'm sick to death with your side's knee-jerk reaction of "What about...?" Mention something that Donald Trump did illegally or wrong and your side screams "What about (fill in the blank)?" Hillary Clinton? Hunter Biden? Steven Spielberg?

We need to understand that even if the second person named is guilty of something, that doesn't automatically absolve the first person of guilt. Far too many people have the mindset of "Your person is guiltier than our person, so that means that our person isn't guilty at all." No, that's not what it means.

I sincerely hope that you and I can meet in the middle on this. How about if we agree that every single person who breaks the law must face the consequences therefor? Hillary Clinton did something illegal with her emails? Put her on trial; let a jury decide. Donald Trump committed sexual assault? Put him on trial. Let's stop playing the "What about...?" game.

One other note from my side. While I would be the last person who would want to be judged by one's appearance, doesn't Hunter Biden just look like one Big Giant Douche? He looks like he and Donald Trump, Jr. could have been roommates in the frat house of Kappa Alpha Dumbass.

• Immigration. I'm assuming that most people on your side don't want families torn apart or people put in mass holding areas (I didn't say "cages") indefinitely. Please know that there is an infinitesimally small number of people on my side who truly believe in open borders. Most Americans agree that immigrants are good for the country in the long run but we simply can't let everybody in, especially those who try to come in illegally.

Nothing is going to get done in an election year, but let's you and I agree that we should make immigration a priority in 2021 and force the overpaid semi-adults from both parties to sit down and hammer out a deal, one about which we'll both be somewhat disappointed, but something that will be better than what we have now.

• Medicare For All. Bernie Sanders has doomed his campaign with this phrase. I personally think that universal health care should have been part of the New Deal programs back in the 1930s, but it wasn't. I don't want to take away anybody's private insurance, but people who have private insurance shouldn't want those less fortunate than themselves to go without. America's the greatest country in the history of the world. We should be able to take care of our own.

As a quid pro quo gesture of good faith, while you're getting rid of the racists, I promise to walk around and slap anybody who says that Donald Trump wasn't legitimately elected in 2016. Obviously, I think that in a democracy, everybody's vote should count the same. But that's not the system that we have. The Electoral College isn't antiquated; it's always been stupid. But seeing as how it has helped the party with far fewer votes win two of the last five elections, it's unlikely that the party that benefitted from the Electoral College system is going to do anything to get rid of it.

However, not liking the system does not give people the right to deny its existence or question its legitimacy. According to the rules that have been in place for over 200 years, Donald Trump was elected President in 2016, fair and square.

Physicist Max Planck once said, "A great scientific truth does not triumph by convincing its opponents and making them see the light, but rather because its opponents eventually die."

I don't necessarily agree with that. Some people's minds can be changed, although it's often hard for someone to admit that he was wrong. But it's better to admit that one was wrong than to hang onto something that nobody with a triple-digit IQ still believes. Isn't it?