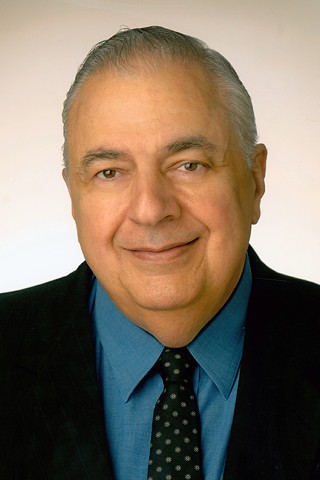 It was a rough couple of days for Tucson. Within a span of around 48 hours, Tucson lost two icons—an iconic place and an iconic soul. It's hard to say which will be missed more.

Green Fields opened its doors in 1933 as a toughen-'em-up boarding school for rich kids from Back East. Its original name was the Circle Double A Green Fields Preparatory School for Boys and it was almost certainly the first private school in the state of Arizona. Wealthy families in Detroit, Boston and New York would send their boys out to Tucson to turn them into sorta-men. Part of the curriculum was that each kid had to have and take care of his own horse. They would ride out to Sabino Canyon and camp out for days at a time.

In the 1960s, it stopped being a boarding school and enrolled its first female students. In 1979, it changed its name to Green Fields Country Day School. By the 1990s, it had emerged as a force of nature. Its graduates were attending the best colleges in the country, its students were excelling in the arts and all forms of academics, and its sports teams were making a name for themselves throughout the state of Arizona.

Brian Peabody, who has now turned Pima Community College into a national powerhouse, coached the Griffins to a state title in 1991 in his first-ever year of being a varsity coach. The baseball team won a state title and finished second another time. The volleyball team had two state runner-up finishes. In 2014 and '15, Olivia McNally, acting as a swim team of one, won three individual state championships.

One time, I happened to be on the radio with ESPN's Tony Kornheiser and the subject of Green Fields came up. He asked what the school's mascot was and I told him. He asked, "What's a Griffin?"

I said, "It's a short, slow white kid with a high SAT score."

But the Griffins were so much more than that. They were scholars and artists, actors and singers. Mrs. Becky Cordier would put on lavish musical productions. The late Mitch Dorson had kids passing the AP History exam in large numbers. And the school's annual art show was a can't-miss event. It was all part of everyday life at the intellectual and artistic oasis in the suburban setting.

In the early part of this century the enrollment (K-12) was around 250, but it fell sharply after the Great Recession. In recent years, it had dropped to around 150, not enough to keep the school afloat. Eighty-six years of tradition will fade into history as the school's property will be sold at auction to pay off its debts.

Just two days after the Green Fields announcement came word that the beloved George Kalil had passed away. The owner of Kalil Bottling Company was the undisputed No. 1 fan of University of Arizona basketball. Anybody who was fortunate enough to have met him probably has a delightful anecdote to share.

I first met him in 1978 in Albuquerque. I was the sports editor of the campus paper, The Daily Wildcat, and was covering UA basketball. The New Mexico Lobos were a Top 5 team nationally and it was about impossible to get a ticket to one of their home games in the famous Pit.

A friend of mine named Jack McElroy, with whom I had worked at the Douglas Daily Dispatch, was a reporter for the Albuquerque Journal. (Jack was later managing editor of the Rocky Mountain News when the Columbine shootings took place and his paper won a Pulitzer Prize for the coverage of the massacre.) I called Jack when I got into town and he met me at the hotel. We were just hanging around the lobby when Mr. Kalil walked up and asked who my friend was. I explained that Jack was a UA alum and Mr. Kalil produced two tickets and said, "They're yours if you promise to root for the Wildcats."

Jack and his wife, Debra, showed up about an hour before game time and took their coveted seats a couple rows behind the Wildcat bench, right near where Mr. Kalil was seated. After the game, we went back to the hotel, where the Ultimate Booster had arranged for a Hospitality Room catered by KFC. For a student reporter with a per diem of just $15 (for all three meals!), Mr. Kalil's Hospitality rooms were a godsend.

I'd see Mr. Kalil all the time, mostly at UA games, but sometimes elsewhere. He was always gracious and he'd mention something I had written that made him laugh. He was the Wildcats' No. 1 fan and an incredibly generous philanthropist until the day he died.

Losing Green Fields and Mr. Kalil in the same year would have been brutal. Losing them within a couple days of each other shows just how crappy life can be. They will both be greatly missed.■