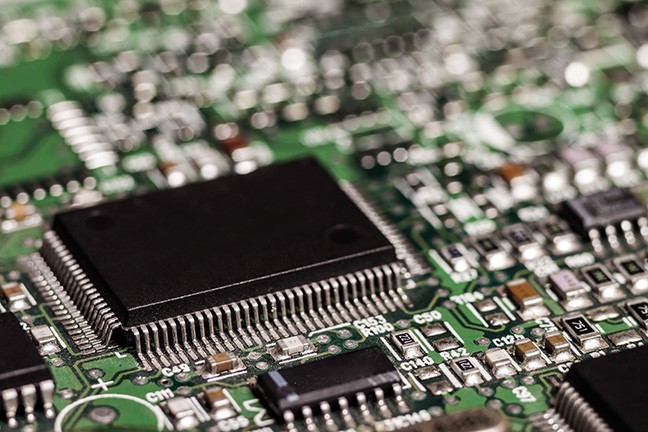 I stumbled across this while doing research for the Apollo 11 cover story and I just have to share it:

There is a running gag in the first season of HBO's Silicon Valley in which every start-up company claims that its main goal is not money or fame, but rather to make the world a better place and to help all of humankind. It's hilarious how all of the start-ups try to find different words to say the exact same thing. The faux liberalism is cloying and, apparently, right on target.

There may not be a direct link to today's self-proclaimed billionaire do-gooders, but I found an odd antecedent that occurred more than a half-century ago. First, some background. William Shockley, who worked at Bell Labs during and after World War II, won the Nobel Prize for his work on semiconductors and the shared invention of the transistor. (Late in his life, Shockley would win the unofficial No-Brain Prize for claiming to have scientific proof that black people are intellectually inferior to white people.)

The two men who shared in the Nobel Prize—John Bardeen and Walter Brattain—were so infuriated with Shockley, who tried to patent the invention by himself, that Bardeen left Bell Labs and Brattain refused to work with Shockley ever again. In 1956, Shockley left Bell Labs in New Jersey and formed Shockley Semiconductor Laboratory in Mountain View, California. (He moved there to be close to his ailing mother.) It was the first company to work on silicon semiconductor devices (they had previously been made from germanium) and gave rise to the name Silicon Valley.

After he won the Nobel Prize, his behavior became increasingly more erratic and he eventually (and quite stupidly) decided to end all research on silicon-based semiconductors. This led eight of his researchers (known as "the traitorous eight") to leave the company. They formed Fairchild Semiconductors, a branch of Fairchild Camera and Instrument.

In 1965, Fairchild Semiconductors opened a plant on the Navajo Nation in Shiprock, New Mexico. At its operating peak, it employed more than 1,000 Navajos, most of them women. It was actually a sweetheart deal for Fairchild, which only had to pay a portion of the workers' low wages, with the rest being picked up by the tribe through a job-training grant from the federal government. The company also noted (internally, of course) that the workforce had actually been chosen for the large supply of cheap workers, certain tax benefits and the unlikelihood of the women asserting any workers' rights.

However, in "The Shiprock Dedication Commemorative Brochure," the company wrote (in incredibly cringe-worthy and paternalistic language), "The Diné (Navajo) women circuit makers are celebrated as culture workers who produced circuits as part of the 'reproductive' labor of expressing Navajo culture, rather than merely for wages."

It went on to claim that the circuits on the chips bore a resemblance to the complex geometric patterns on Navajo rugs. It lauded the "untapped wealth of natural characteristics of the Navajo...the inherent flexibility and dexterity of the Indians" who had [are you ready?] "nimble fingers."

A color brochure produced by the company featured a large photo of a white, black and brown Navajo rug, meticulously woven with connecting and intersecting right angles. It is truly a work of art. The accompanying text reads: "Weaving, like all Navajo arts, is done with unique imagination and craftsmanship, and it has been done that way for centuries. (Likewise), building electronic devices, transistors and integrated circuits, also requires this same personal commitment to perfection. And so, it was very natural that when Fairchild Semiconductor needed to expand its operations, its managers looked at an area of highly skilled people living in and around Shiprock, New Mexico."

Besides the aforementioned shady payroll deal with the tribe (and the government), there were also stories of the company laying off Navajo workers shortly after their training ended and then turning around and hiring somebody new so Fairchild could keep from having to pay the full cost of the trained individual's salary. And then there was the matter of not one Navajo being in any position of authority, not even on the lowest rung of middle management.

In February of 1975, members of the American Indian Movement occupied the building in protest of the fact that workers weren't even being paid minimum wage by Fairchild and that all of the top salaries were being paid to non-Natives. The occupation lasted eight days, after which Fairchild showed the Navajos and AIM what was what by closing down the Shiprock plant and moving the entire operation to Asia, where they could pay workers even less.