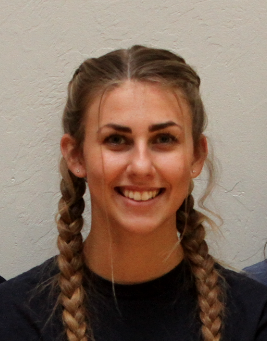 I want to tell you about this kid named Emily. She's a special kid, but she also represents what could turn out to be a special generation. Emily the Person is a tough kid—strong-willed, opinionated and completely unafraid to speak her mind.

Emily the Generation is refreshingly open-minded and accepting of others.

Emily is my point guard, which makes her special. I was a point guard in high school and college (several dozen pounds ago), so I always have a special bond with the kid who plays that position. As a matter of fact, the first thing I did when I got the coaching job at Immaculate Heart was to install incoming freshman Emily as my point guard (something I had never done anywhere else). Let's just say that her progress did not follow the path of y = log x; for a time, it was more like a sine curve, but she persevered. She was Conference Co-Player of the Year last year as a sophomore, and now, I sincerely believe she's the best point guard in all of Southern Arizona, regardless of conference.

But that's just basketball. What's infinitely more important is the human being she's in the process of becoming. She and a lot of people her age (but certainly not all!) are actually pretty cool. They're generally a lot less racist than their elders, and they are far more accepting of gay people. It's especially impressive at this time in American history, considering that we have a President who refers to white supremacists as "very fine people."

I know that, as a lifelong Catholic, I'm supposed to get the vapors at the thought of two guys making out, complete with tongue action. But the truth is, I really don't give a crap. To me, gay marriage is the same as drinking alcohol or listening to Kanye West. I'm not going to do it, but if you want to, knock yourself out. (Not with the alcohol so much; that's probably not good.) If two people want to stand up in front of God and everybody and profess their undying love for each other, bless their hearts.

Today's kids are a lot more understanding of such things, and good for them. One of the few things I've learned in life is that, in almost all cases, hatred and bad behavior have to be learned. It's like that scene in the movie 42, in which a dad takes his son to see a baseball game. When the visiting 1947 Brooklyn Dodgers take the field, the dad starts yelling the N-word at Dodger rookie Jackie Robinson. The son looks puzzled at first, then joins in the N-word chorus.

If you'll pardon another movie reference, I've always loved that scene in the classic 1980s comedy Uncle Buck. John Candy's character has to attend a meeting with the school administrator, Mrs. Hogarth, concerning Buck's 6-year-old niece. After Hogarth refers to the kid as a "dreamer, a twiddler and a sillyheart," Buck explodes and says, "I know a good kid when I see one. Because they're ALL good kids until dried-out, brain-dead skags like you drag them down and convince them they're no good."

And so it is with this generation. However, for every viral video of a University of Alabama sorority sister drunkenly screaming racial insults, there are thousands of young people who want to do good things for themselves and others.

Now it's time for my get-off-my-lawn moment. Today's popular music generally blows. But it's supposed to; that's what differentiates generations. I mean, some of the stuff I listened to in the '60s and '70s actually had violins in it. And in the '80s, funk band Talking Heads used computers in their music. Today's music just uses electronic beats. Our beloved editor, Jim, recently gave me a book about Enrico Fermi, called The Last Man Who Knew Everything. In 20 years, there's going to be a book called, The Last Person In Popular Music Who Actually Played a Musical Instrument.

I've always been an R&B/soul/funk/blues guy. But I let the girls listen to their stuff when we're in the van. (Emily is the deejay.) We have two rules: I don't want to hear a lot of the N-word. (I'm not a hypocrite; even the legendary Curtis Mayfield once sang, "I'm yo' mama, I'm yo' daddy, I'm that n— in the alley...")

The other rule, more importantly, is that there can't be any lyrics that are demeaning to women. No slang words for female anatomy (or male genitalia, for that matter) and nothing demeaning. I told them about that Chris Rock bit about when he went to a club and women are dancing to a song with lyrics like, "F— that b—!" When Rock asked a woman how she could dance to that, she said, "Well, he's not talking about me."

Well yeah, he is. That lesson is in progress.

One last thing: You know kids are surgically attached to their phones? They listen to music on their phones, and it sounds awful. After decades of improving sound quality, stuff now sounds like the worst transistor radio of all time. And they only listen to pieces of songs.

In summation, even with the really lousy soundtrack, with this generation, there is hope for the future.