George W. Bush absolutely deserves the blame for the economic mess the country is in right now

I recently used the phrase "the Bush economy" in a column, and I received several e-mails taking me to task for making a simplistic attack on President Bush.

To summarize the e-mails: Supposedly, after one reaches a certain level of sophistication, he comes to the realization that the president of the United States has no real impact on the national or global economies, which are much too large and complex to be affected by one person, no matter how powerful that person's position is. Well, as Val Kilmer said in the movie that's been on Encore so many times in the past two weeks that they're thinking of changing the cable outlet's name to the Tombstone Channel, "I beg to differ, Sir."

Economics being what it is--an unscientific mishmash of sociology, voodoo, skullduggery and naked greed--it pretty much begs to be misunderstood, if not ignored completely, by the average American. In many ways, it's akin to laws that are all too often written by lawyers in an unnecessarily cryptic style that can only be read by other lawyers. Something that cannot be accurately predicted or even agreed upon by so-called experts is unlikely to be seen as relevant by the layman.

Take, for example, the fact that "uncertainty in the marketplace" always causes the price of a commodity to rise. Does that make sense? Why should it always go up? And how does one even begin to define "uncertainty?" At least in physics, we know that "a case of the jitters" isn't going to prevent an Einstein-Bose condensate to form near absolute zero.

Nevertheless, there are facets to economic theory that do work more often than not, and can therefore be exploited. I contend that George W. Bush, his administration and his cronies have done so to the outrageous benefit of a select few and to the great detriment to the rest of us.

We'll start with energy, the cost of which is having a devastating ripple effect throughout our economy. Remember how one of the first things Bush did was to have Dick Cheney set up that fake energy board, ostensibly to explore ways to make America energy-independent? It was quickly unmasked, but it sent the message to the oil giants that they could do just about anything they wanted as long as a Texas oilman sat in the White House. This has led to staggering profits, the consolidation of power and oil prices that get more ridiculous by the day.

This is not to say that Bush controls the price of oil, but rather that he won't try to do anything to exercise any control over it. Left alone, corporations will act as corporations do. (I have absolutely no doubt that, just as Ronald Reagan's laissez-faire-on-steroids policies in the 1980s led to the savings-and-loan debacle that cost the taxpayers hundreds of billions of dollars to clean up, Bush's wink and nod to business has played a large part in the housing mess we're in now, as prudent lending policies were either relaxed or ignored altogether, and lenders engaged in an orgy that has this country reeling and the government buying banks to keep them afloat.)

The Bush administration has had an effect on oil prices in other ways, including resisting increases in fuel-efficiency standards for nearly a decade. It's absolute insanity that people are still driving new vehicles that get 15 miles to the gallon. As fuel-efficiency technology advanced, standards should have risen to reflect those advances and/or to nudge the industry to even greater heights.

But, somewhere along the line, it became a matter of hubris. Fuel efficiency was not a broadly American concept; it was for those who couldn't afford a Hummer or an Escalade. How dare the peasants dictate what we drive!

And I don't want to hear the Sean Hannitys of the world whining about the language of class warfare. It is never the poor or the middle-class who seek to distance themselves from the rest of the society; it's the rich. Either we're all in this together, or we're not.

Finally, the combination of the Bush tax cuts and his misadventure in Iraq may yet serve to drive the final nails in the American economy's coffin. I'm not even mad that the tax cuts benefited the rich; that's his core constituency, and he was doing the politically expedient thing. The folly is throwing more than a billion dollars a week down the Baghdad abyss and insisting on keeping the tax cuts in place. Even Lyndon Johnson had enough sense to raise taxes to pay for Vietnam. Isn't it amazing how the one-time Republican mantra of balancing the budget has become suddenly quaint and outdated?

The toxic mix of runaway oil prices, unrealistic tax cuts, a war that may never go away and a blind eye toward corruption on an unprecedented scale has left this country reeling. I have no doubt that George W. Bush shares in the responsibility for every facet of this mess. He did it; he knows it, and the only thing he's sorry about is that it didn't wait another year before it came crashing down around us.

America elected this guy to do a job for us. He ended up doing a job on us. 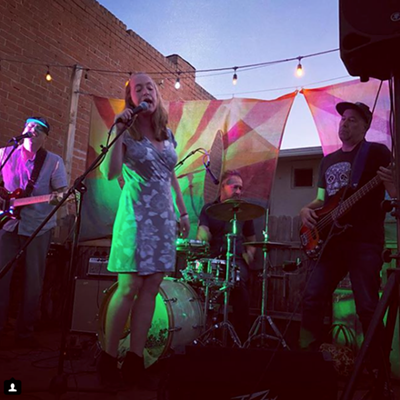