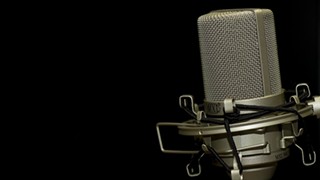 I have long (unashamedly) admitted that, for decades, I would listen to Rush Limbaugh if I was driving somewhere when his show was on. I started listening to Limbaugh in the late 1980s, not long after he first came on the air. I've always thought that it was important to listen to other points of view, and he certainly had those.

He eventually morphed into a caricature of himself, serving as a blowhard template for those who came after him, the Sean Hannitys of the world, each more shrill and less talented than Limbaugh. He was a broadcasting giant, a Father Coughlin for the modern age. I listened up until the very end of his life.

But since his death, I have been wondering with whom they would replace him. There was certainly no shortage of candidates, including the cavalcade of haters, local talk-radio screamers from all different parts of our great land who took turns filling in for Limbaugh in his final days. Some thought it would be Mark Levin, who touts himself as a constitutional expert, but appears to only know some of the amendments. I've recently considered calling in to Levin's show and when I got on the air, I'd pronounce his name so that it would rhyme with "seven." He, of course, would correct me and say that it's pronounced "Luh-VIN," after which I would ask him why, then, is it okay for him to intentionally mispronounce the name of the Vice-President of the United States.

I tuned in the other day to find out that it's not Levin. It's so much worse than that. It's cynically...grotesquely...STILL the Rush Limbaugh Show. They have gone back through the archives and dug out rants about every right-wing topic known to man. Then, some poor schlub will say, "There's been a surge of migrants at the southern border of the U.S. Here's what Rush had to say on that issue back in 1996. Note how the nuanced and subtle right-wing racism of 2021 compares to the more open and vigorous racism of the 1990s." And then they play a clip of Limbaugh hatin' on the brown-skinned folks.

How would you like to have that gig? Don Pardo for a dead guy.

It's like the Edgar Allan Poe story, "The Facts in the Case of M. Valdemar," in which a mesmerist hypnotizes a man right before the moment of death so that the deceased can telepathically give them a tour through the dark bowels of the afterlife.

There are only two possible explanations for this macabre enterprise. Either Limbaugh's eighth or ninth wife just didn't want to turn off the money spigot or some white-belted radio suit in the tradition of Herb on WKRP In Cincinnati thought it was a really great idea. Well, it's not. Let the man rest in peace.

• Seriously, how badly do you want every horrible allegation against Congressman Matt Gaetz to be true?

I hope they get him on sex trafficking charges and the Mann Act and maybe even bribery charges. I want the lying sleaze to get pummeled by the legal system to the point where the only job he can get afterwards in cleaning toilets at Mar-a-Lago. At least then he can be close to his man crush.

• How hard is it to look up a definition of something on Google?

So, when I was listening to the aforementioned Limbaugh After Death Show, this guy called in with a complaint. He said that he had received his $1,400 stimulus check but that he didn't want it. He referred to it as "blood money."

I assume that he had heard that phrase in an old Chuck Norris movie and thought that it sounded cool. But, blood money is money that changes hands after a murder or another type of violent death. Since he was on that particular show, I'm guessing that he wasn't talking about the coming-up-on-600,000 people who had died from COVID-19. Then, about whom was he talking?

After saying "blood money" about a dozen times, he then said that he didn't want to send the money back because President Biden would use it to advance his socialist agenda (I'm paraphrasing.) And he didn't want to spend it because it would help the Biden socialist economy.

The Don Pardo-of-the-Day suggested that he buy a bunch of the Rush Revere books and hand them out to young people. Yeah, he should hand them out on Halloween. Then he'll be the only guy in the neighborhood with a completely egg-colored house.