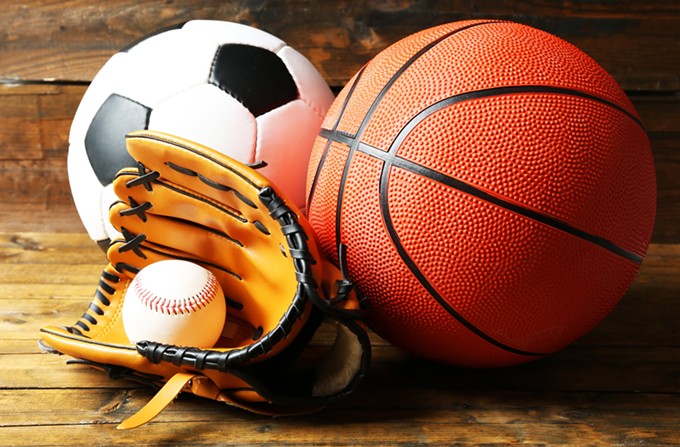 As I have mentioned, oh, a couple hundred thousand times, I coach high-school sports. Of all the things that I do in my life, it’s the thing that pays the least and pays off the most. It allows me to remain competitive long after my body stopped being so, plus I get to meet new and fascinating people…and some refs, too.

Anyone who knows me will not be surprised by the fact that other coaches find me (we’ll go with) strange. I’m not really sure why. I try my hardest to be cordial and professional. I don’t talk bad about anybody. My teams and I always express good sportsmanship before, during and after games. I play by the rules, although I will say that, in some cases, I actually know more of the rules than do other coaches and I use that to my advantage. (This has led to a couple stolen victories and years of hard feelings.)

I seriously wonder why other coaches treat me the way they do. Maybe it’s my appearance. I’m old and dumpy looking. I’m not as fat as I used to be at one time, but neither can I fit in my college basketball jersey. I probably look like somebody who voted for Donald Trump last election…in three different states. For whatever reason, some coaches look at me like I’ve got snot on my shirt (which is always a possibility).

I also wear a tie when I coach basketball, which basically makes me the King of Anachronisms. It used to be re rigueur, but now it’s sooooo passé. I might as well be wearing bell bottoms. I’m pretty sure that the only other girls’ coach in Tucson who wears a tie is Izzy Galindo at Pueblo. Everyone else has moved on to casual chic (or maybe chunk). One guy actually wears a baseball cap while coaching basketball. He needs to be taken to a Reorientation Camp.

In an extreme case of it’s-better-to-be-lucky-than-good, I got to coach the Amphi High School girls’ basketball team this year. I had been at Amphi 25 years ago and had had some really good teams. But a lot happened after I left, most of it not good. The Panthers endured 21 straight losing seasons, and I’m talking 0-18s and 3-15s liberally sprinkled in. It probably had something to do with a churning turnover of coaches and a lack of continuity.

Anyway, we went 20-9 for the first winning season this century (!) and won the Region Championship. But I had great kids, including the Region Player of the Year, a senior girl named Mattanaya Vital, who just signed to play for national JUCO powerhouse Pima College. Seriously, I would have been surprised if we hadn’t won the championship. Timing is everything.

Mattanaya was joined on the All-Region team by one of my freshmen and another senior, a kid with the all-time great name of Knowledge Smith. Knowledge hit almost 100 three-pointers this year and will also be playing at Pima next year.

However, and here’s the fun part, when it came time for Coach of the Year, I got ZERO votes. The coach of the championship team is usually, but not always, Coach of the Year. And the guy who got it certainly deserved it; he did a great job of turning a losing program around, plus his team finished a close second and went to State. I certainly voted for him.

When asked why they didn’t vote for me, the responses were all along the lines of “Well, he just kinda sits there and watches the game. He doesn’t yell. He doesn’t work the refs. He doesn’t even get up and walk around.”

Hah! Joke’s on them. In order for me to get up and walk around, I first have to get up and it’s just not worth the effort. Besides, in today’s parlance, we won the chip and that’s more than enough.

Further detracting from my stature is the fact that, in the spring, I also coach girls’ tennis. Last year (2021) was my first year and we only had two kids because of the pandemic. They’d win a lot of their singles and doubles matches, but we would have to forfeit the other six spots and lose all the time. This year, those two good tennis players were back and we added some of my basketball players, so we had a bunch of athletes playing tennis (rather than actual tennis players).

We went 10-3 (we had a pretty easy schedule) and those two aforementioned kids made it to State. I had to go to a coaches’ meeting about State and I learned that they use United State Tennis Association rankings to seed the kids in the tournament. I found that outrageous; inner-city kids generally aren’t on the USTA circuit.

One coach told me, “Well, that’s the way it’s always been.” To which I replied, “Yeah, they used to say that about slavery, too.”

Just by coincidence, next year, we’ve been shifted over from playing the likes of Walden Grove, Sahuarita, and Douglas and put in a region with Salpointe, (perennial State champion) Catalina Foothills, Canyon Del Oro, Sahuaro and Ironwood Ridge. That’s basically USTA Central.

But that’s fine. We’ll work really hard and we’ll show up and see what happens.