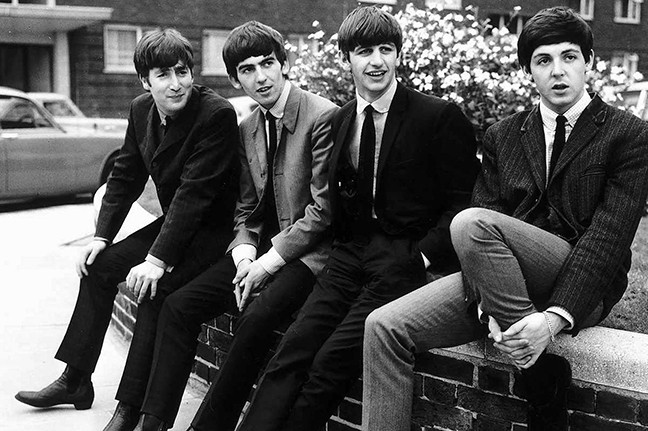 I remember the day when we all found out that Elvis Presley had died. It was shocking, really, because he was relatively young and had regained a measure of success and prosperity. We wondered what could have happened. It couldn’t have been drugs because Richard Nixon himself had given Elvis a drug-fighting badge. And no one who gets a drug-fighting badge would turn around and use drugs. I mean, that would be like Newt Gingrich moralizing about Bill Clinton’s infidelity while Gingrich is fooling around with his secretary behind his cancer-stricken wife’s back.

Now seriously, who would do that?

This was 1977, so, of course, there was no internet, no 19,000 channels on cable and streaming, but there was still an incredible outpouring of emotion, most of it genuinely sad, but some of it snarky. Amid all the tributes and nostalgia and puzzled questions, one cynic would write of Elvis’s death: Good career move.

So it has certainly proven to be. And so it has also proven to be for many other artists taken from us too soon, or, in a couple cases, perhaps not soon enough. The passage of time has prompted the work of some artists to be re-evaluated and/or further appreciated. For example, when Rolling Stone magazine updated its list of the Top 500 albums of all time, they replaced The Beatles’ “Sgt. Pepper’s Lonely Hearts Club Band” with Marvin Gaye’s “What’s Goin’ On.”

A quick aside: I grew up (and I still remain) a funk/R&B/soul man, but I appreciated The Beatles’ early stuff, the finely crafted pop tunes. But when I heard “Sgt. Pepper,” I thought, “Not only are the Beatles high, so is everybody who likes this album.”

I coach girls’ basketball and girls’ tennis at a local high school. I have to show up right at the end of the school day so that practice can start on time. Walking from the parking lot to the gym, I see hundreds of kids heading for the buses or going to their after-school activities. The first day, something caught my eye. A kid was wearing a T-shirt with a picture of Tupac Shakur on it. I found it somewhat strange, but then I saw another and another. Then one with Notorious B.I.G. and yet another with Tupac.

Now, to be fair, a couple kids were wearing shirts with Ice Cube on them. He’s not dead, but his career is after those wack “Are We There Yet?” movies and his disastrous flirtation with the Trump Administration.

Tupac, Selena, and Aaliyah have been dead longer than they were alive. But the devotion these young people show for them is amazing. It’s not just a fashion statement.

It turned out that one of my players apparently has an entire closet full of Tupac shirts. I asked her what her favorite song of his was. She said “California Love,” but then quickly added “Changes.” She said that she was supposed to write a paper for one of her classes about a song that she found significant. She picked “Changes,” which Shakur had recorded in 1992, four years before his death and six years before the song was released as part of a posthumous greatest hits collection. I suggested that she go back and read the lyrics to “The Way It Is” by Bruce Hornsby and The Range. Stuff like:

“Say, little boy, you can’t go where the others go,

Or, “Well they passed a law in ’64 to give who ain’t got a little more

But it only goes so far.

Because the law don’t change another’s mind when all they see at the hiring time, Is the line on the color bar…”

That’s pretty good stuff. The kid wrote the paper, did a bunch of research and found out that Bruce Hornsby once helped NBA star Allen Iverson get out of prison. So, you know how it is; she did all the research, so she put everything in the paper.

She gets the paper back and the teacher admonished her for buying into the “white savior” thing with Hornsby. My kid didn’t know what the whole “white savior” thing was, so I told her that a bunch of guilty white liberals went to a movie theater to see a documentary about kale or something, but, by mistake, they ended up watching Sandra Bullock in “The Blind Side” and they felt horrible.

The kid asked me if she should change anything. I explained to her that it has nothing to do with Hornsby being white and everything to do with Tupac Shakur, at the age of 21(!), being insightful enough to use “The Way It Is” as a springboard to brilliance.

In the end, she whitewashed everything out about Hornsby, turned in half a paper, and got an “A.”

That’s just the way it is.