A cornucopia of dance styles is on the menu at opposite ends of the UA campus this coming week.

Ballet Tucson brings a contemporary ballet interpretation to some of the best-loved Leonard Bernstein tunes. Joining the dancers on the intimate Stevie Eller stage this weekend will be two up-and-coming opera singers performing the songs live.

In cavernous Centennial Hall, at the other end of campus, next Thursday, Feb. 8, two dance powerhouses from the City of Brotherly Love (my hometown!), will collaborate on Straight out of Philly. The show mixes the hip-hop of Rennie Harris Puremovement with African-American contemporary dance and ballet from PHILADANCO!

Ballet Tucson's dance-music "Tribute to Leonard Bernstein" comes on the last weekend of the Tucson Desert Song Festival, which this year honors the über-famous composer and conductor, who was born 100 years ago. (He died in 1990.) Bernstein has been performed—and discussed—all around town the last few weeks, in an extravaganza of concerts by multiple local groups, from the Tucson Symphony to True Concord to Arizona Opera.

Bernstein wrote scores for ballet, notably "Fancy Free" and "Dybbuk," choreographed by Jerome Robbins for the New York City Ballet, as well as the score for the beloved Robbins dances in West Side Story. But Ballet Tucson is the only group in the festival to pair his music with dance.

"It's neat to be part of his birthday celebration," says Ballet Tucson artistic director Mary Beth Cabana. "And it's really good for us to work with the Desert Song Festival. It cross-pollinates our audience"—luring music fans to see dance.

In "Tribute to Leonard Bernstein"—the final piece in a three-dance concert called Bernstein and Ballet—soprano Cadie Jordan and tenor David Margulis will sing selections from West Side Story, Mass and Piccola Serenata. Recorded excerpts from Bernstein's On the Waterfront movie score will also be woven into the piece.

The singers, both fellows of the prestigious Ravinia Sterns Music Institute outside Chicago, have performed around the U.S. and Europe; Tucsonans may remember Margulis's star turn as Tamino in Arizona Opera's The Magic Flute in 2015. The two will be accompanied on piano by Michael Dauphinais, a UA music instructor who performs widely.

Viewers won't be seeing a reprise of the dance scenes in West Side Story. The dance is a brand new work of contemporary ballet choreographed by assistant artistic director Chieko Imada. It's a big piece, some 20 dancers strong, all of them dressed in sleek tights and tops—not the in the Jets' jeans and girls' dresses of West Side Story.

The concert program includes a second dance with live music, this time courtesy of Mozart. Ballet master Daniel Precup choreographed a new contemporary ballet set to Mozart's Divertimento in D. The Bel Canto Quintet, led by violinist Rose Todaro, provides the music. Performed by the full company of 35 dancers, it's inspired by Precup's toddler daughter, Cabana says. "She's lively and curious, and the dance has a wide variety of animals. It's light and fun."

The opening piece, Graduation Ball, is a comedic ballet classic from 1940, created by David Lichine of the Ballets Russes. Set to recorded music of Johann Strauss II, the one-act for 24 dancers is set at a girls' boarding school. Cadets from a military school arrive for a school dance and, naturally, hilarity ensues.

Philadelphia has an African- American dance history going back at least to the 19th century, when black dancers performed in vaudeville. By the early 20th century, black tappers had made the city the epicenter of tap dance, staging wild competitions on street corners. Straight Outta Philly brings us up to the 21st century, with Puremovement's hip-hop coming out of contemporary street dance and PHILADANCO! performing ballet and modern dance with a black aesthetic.

The concert promoters promise a sizzling fusion of the multiple dance styles on a single stage.

The New York Times has called Rennie Harris, founder of Puremovement, "a gift" and his dancers "phenomenal." Born in 1964, Harris grew up on the mean streets of North Philadelphia, one of the city's roughest neighborhoods. By the age of 12 he had become captivated by dance. Originally performing in church competitions, he moved on to "popping crews" and hip-hop dance troupes.

Harris started Puremovement in 1992, broadening the definition of hip-hop, creating dances that are expansive and sometimes narrative: his "Rome & Jules" is a costumed hip-hop version of the ballet classic Romeo and Juliet. A critic at the London Times has called him "the Basquiat of the U.S. contemporary dance scene," likening him to the late, critically acclaimed painter whose works grew out of street art.

Joan Myers Brown, founder of PHILADANCO!, grew up in Southwest Philadelphia, and as a 6-year-old began studying dance at the one studio her parents could find that admitted black children. She learned ballet from a high school gym teacher. Eventually, she studied with renowned choreographers Antony Tudor and with Katherine Dunham in New York, but the only dance work she found was in nightclubs.

In 1970, determined to give black dancers a shot at careers with top troupes, she created PHILADNCO (shorthand for "Philadelphia Dance Company"). The troupe has thrived ever since, providing intensive training to young black dancers and performing works by black choreographers; their gigs take them from their home stage in Philadelphia to venues all over the world.

A Philadelphia critic recently praised the company's dancers for "flawless technique and insurmountable energy." And Dance Magazine declared, "If there's fun to be had, PHILADANCO will have it." 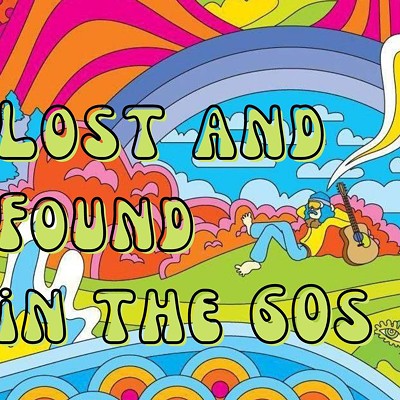