Cultural Closet: It’s a challenge for LGBT Asians to come out to relatives in their homelands 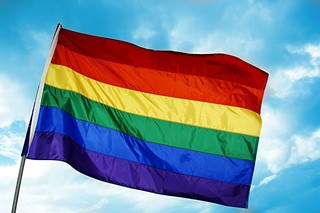 Xiukui Ji, a then-22-year old Chinese international student at the University of Arizona, was on the phone with his sister when he told her, "Oh, by the way... I'm gay."

"I knew it! I knew it from the fifth grade!" Ji remembers his sister telling him. His interest in musicals, his lack of interest in sports, his feminine connections all pointed to his homosexuality, according to Ji's sister. Ji's brother was also accepting of the news, since he had a childhood friend who was openly gay.

However, Ji still has not shared the news with his parents because he is worried about their reactions.

It's not an unusual concern. Participants in an American Psychological Association (APA) study noted fear and concern of homosexuality in Southeast Asian culture and a lack of education and awareness about the LGBTQ community.

"The pressures South Asian immigrant parents apply to their children result in their children leading double lives: one in which they feign acceptance of their parents' wishes and another one wherein they secretly participate in parties, relationships, and 'American' activities," reported the APA study.

"I feel like I would be a totally different person if I didn't come to the States," Ji said. "I feel like living in this environment allowed me to explore my full self without worrying too much about other people's opinions."

Ji plans to tell his parents but is holding off until he finds a stable job in the U.S.

"I think it would be easier that way," said Ji, who worries that his parents may cut him off financially. Ji says it is also to show them that he can be independent and take care of himself in the country.

Shuzhen Huang, Ph.D. in communications, is an assistant professor at the Bloomsburg University of Pennsylvania. Huang's work focuses on intercultural communication, gender and sexuality studies. She finds that the most difficult task people encounter is "communicat[ing] their queer identities with their parents." Based on her studies and observations, Huang finds that parents are typically the last people to find out.

According to an article co-authored by Huang, the most profound struggle Chinese queer subjects face is with their private lives, notably with their families and parents.

When people find they are having trouble coming out to their parents, it could often be because of a concern for their parents who may be judged within their local communities, Huang said. Huang's studies showed that conforming to Chinese societal expectations to ease parent's worries is a common tactic. To embrace their queer lives, they may accommodate by having children or acquiring a well-paying job to alleviate their parent's anxiety.

Huang said that respondents felt that by doing so, "at least I fulfill some of my responsibilities, as a son or daughter, that is when I feel that I could at least allow [myself] to maintain my own gay or lesbian identity."

Coming out in mainland China is challenging because of the different history and culture, said Huang. The concept of coming out is "not that strong" and not seen as a necessary step of identifying as LGBT. This may be due in part, Huang says, to the more private and less expressive nature of sexuality in Chinese culture.

Ji said that the topic of LGBT was still polarizing in China and the U.S. Although there has been progress, particularly in more urban areas, Ji said there are still tensions in both countries about the subject.

While the topic remains sensitive, Ji said it's easier in the states because the American mentality is more open about expression.

"People here [in the U.S] are a little more open to talk about it," Ji said.

Timothy Nguyen has also yet to tell his parents that he is gay.

Nguyen said his mother expresses pity on the topic of homosexual men, "oh, they want to be girls, but they can't." His father is more conservative, telling gay men to "man up" and be less feminine.

Nguyen immigrated to Canada from Vietnam when he was 14 years old and was shocked at the level of LGBT acceptance in the country. According to Nguyen, one of his teachers was openly gay and nobody seemed concerned over it.

It was a "hallelujah" moment, said Nguyen. While LGBT acceptance is increasing in Vietnam, it is still not as open of an experience when compared to his time in Canada, Nguyen said.

"For boys, if you act girly—you look skinny, you are short, you have lighter skin—then you'll be attacked," said Nguyen recalling instances during his childhood in Vietnam where he was attacked and sexually harassed by classmates for being too feminine.

Nguyen said it was challenging to learn about sex education because the subject was not taught in Vietnam. Being a gay student was "not that great," said Nguyen. Something that popped up in his community was the popularization of Danmei with his female classmates.

According to Huang, Danmei is a Chinese media genre romanticizing male-male relationships and reportedly originated from straight women in Japan.

"A lot of times, it is a really distorted representation of gay relationships that is focused more on frivolous bodies," said Huang.

Danmei can be translated as ''indulgent in beauty'' and had a strong emphasis on the aesthetic of attractive male bodies.

"So they would have fantasies where, 'Ooh, hot guys go together. Big, strong guy and little guy [become] a couple.' For those gay guys who do not match their imaginary fantasies, the girls would harass them, saying, 'Oh, you're so ugly, why would you be gay?'" said Nguyen

Although Danmei is seldom created from the perspective of LGBT folks, Huang said in her conversations with gay activists, she learned some welcome more representation of homosexuality in media, as some representation is better than none. Huang added that integration into pop culture was also a more convenient way to get access to that knowledge instead of academic or journal articles, since media representation was limited.

One source who asked to remain anonymous said he enjoyed the freedom in America.

"The generosity that I experienced here [in the U.S] is way more than the hatred," he said of his four years living in Tucson, Arizona. However, he is still anxious with fear about sharing his identity due to recent animosity against Asian-Americans as well as tensions against the LGBT community.

Only a few close friends and one cousin know he's gay, despite an engagement to his fiancee. The Arizona resident said he was "not very comfortable speaking out as a gay."

People in China are very conservative and traditional, he said, and aren't likely to change their attitudes.

"It's really hard to change them, but I will try to tell [my family] when I have kids so that it will be much easier," he said.