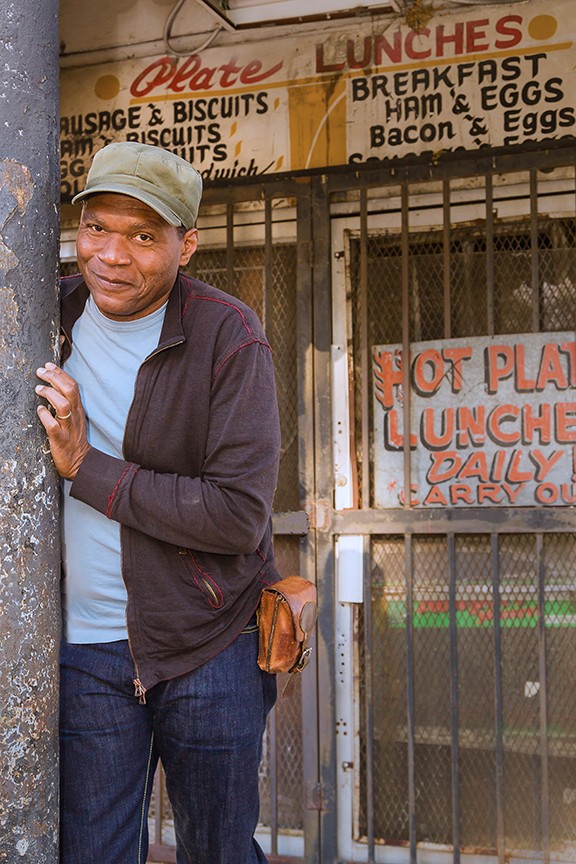 Courtesy photo
Robert Cray: “We leave a lot of room for improvisation, so we’re always looking for new things and it keeps things fresh every night.”

After five decades of playing venues big and small, Blues Hall of Fame guitarist Robert Cray says the best part of being a professional musician is still when he hits the stage.

"The whole thing about playing live, it's just that, it's a joy," Cray said. "It's the best time of the day. We're out on the road quite a bit. And during the day you try to fill your day with something to do, but as soon as you hit that stage, you know you're free."

Cray and his backing band, The Robert Cray Band, returns to the Rialto Theatre on Saturday, Sept. 3.

Cray, who was raised on the music of blues legends such as Albert Collins, Freddie King and Muddy Waters, discovered his passion for playing guitar as he moved around the States.

The army brat cut his teeth as a professional musician during his time in Eugene, Oregon—appearing as an uncredited extra in the 1978 cult classic Animal House, as the bassist in the band Otis Day and the Knights.

Cray said fans can expect the band to ramp through their well-known classics, such as "Smoking Gun," which peaked at the No. 2 spot on the U.S. Rock charts and the 22nd spot on the U.S. Hot 100 in 1986.

Cray has collected eight singles in total that reached the Top 100 of the U.S. Rock chart, with 12 albums reaching the Top 10 of the U.S. Blues chart.

His latest album, 2017's Robert Cray & Hi Rhythm, hits all the high notes and wall of sound that fans have come to know from Cray and his bandmates.

Yet, for all of his studio success, Cray has found nothing holds a candle to the simple euphoria that comes from playing music live.

That love stems from a combination of on-stage bravado and the genre's creative nature, which keeps everything fresh for Cray and his bandmates.

"What we do is we try to keep things really loose on stage and we don't have any rigid plans on any of the songs," Cray said. "We leave a lot of room for improvisation, so we're always looking for new things and it keeps things fresh every night."

Cray said this year's tour, which launched in Easton, Maryland on Aug. 23, allows the band to explore different venues and embrace the regional differences that can be found from shore to shore, according to Cray.

"You get to see a lot. You get to see lots of different parts of our country, and you get a feel of how people are at different places," Cray said. "And for me, it's been that way most of my life. Because I grew up with my father being in the Army and we moved around quite a bit too.

The experience of growing up in such a whirlwind environment allowed Cray to discover the music of his predecessors on his parent's transistor radio, listening to Armed Forces Radio Network broadcasts abroad.

Hearing the likes of Ray Charles, Sarah Vaughn and B.B. King lit a fire inside Cray.

"I remember, we bought a great big Grundig console stereo system [in Germany]. And they would stack 45s up and at 7:30 we were supposed to be in bed," Cray said. "But we could hear all the music that was going on, and that stuff seeped into your head. And I think it laid a great foundation for me wanting to play music and then having a good background in music."

Cray said fans should come out on Saturday night for few hours of rip-roaring guitar riffs and soulful solos.

"I think that people should come out and experience the magic and the joy. We have a lot of fun, I think," Cray said. "And I always tell other musicians too who are coming up, when people see you're having fun that's what it's all about. You couldn't go out and play and help somebody out with some of the songs that you've written or songs that you're covering. And there's always some kind of relationship between the artist and the listener, so you should come out."