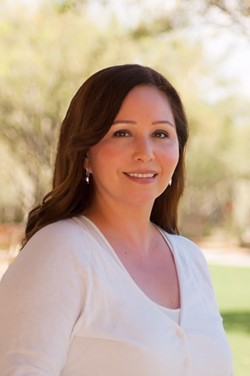 As a requirement, the district must complete a post-unitary status plan overseen by Special Master Dr. Willis Hawley to maintain their status, according to TUSD Governing Board President Leila Counts. The ruling would mean a full release from court supervision.

The district "remains committed to the principles and practices of the Unitary Status Plan that have established our district as a national leader in culturally responsive and relevant instruction, equity and opportunity for all students, said TUSD Superintendent Dr. Gabriel Trujillo in a news release.

TUSD Superintendent Dr. Gabriel Trujillo said in a press release that “We look forward to memorializing this commitment in our Post Unitary Status Plan," Trujillo said. "It is our sincere hope that today’s ruling represents the closure of one of the most painful, complex and difficult chapters in the 154-year history of our beloved ‘District one.’”

In his ruling, Senior U.S. District Judge David C. Bury rejected the plaintiffs’ argument that TUSD could not attain unitary status until it attains “predetermined measures of effectiveness” like increasing faculty diversity by 15% or narrowing the student achievement gap between white and African-American and Latino students. He stated that the district could improve equity between races and disagreed that the court needed to retain jurisdiction until the goals are met.

“As of now, all USP programs have been designed to meet best practices standards and to be the most effective programs for each USP provision based on research," wrote Bury. "There has been full implementation of USP strategies, and the District is being operated, accordingly, under the USP, now and into the future. These operations over six years from 2013 through now have eliminated vestiges of segregation to the extent practicable over this period of time."

While TUSD desegregation began in 1951, the district faced class-action lawsuits on behalf of African-American and Latino students starting in 1974 after the U.S. Department of Health, Education, and Welfare found TUSD schools were providing unequal education to students of color.

In the initial 1974 case, Maria Mendoza filed the class action on behalf of her son, who at the time was in junior high school, under the claim that the district was “intentionally and knowingly” discriminating against students due to race and ethnicity.

After a court ruling in 1978, TUSD was ordered to follow a plan for desegregation and have since petitioned for unitary status. After filing a petition in Jan. 2005, the court granted TUSD unitary status. However, the 9th Circuit Court of Appeals reversed the decision in 2011, after which the court ordered Special Master to develop Unitary Status Plan.

In 2018 the U.S. District Court granted TUSD “partial unitary status,” but the latest legal action was brought before the 9th Circuit Court of Appeals by the plaintiffs last July.

The levy tax may continue as it would provide the necessary funds needed to implement programs that “eliminate the vestiges of a dual system,” said TUSD Governing Board member Adelita Grijalva.

The Mexican American Legal Defense and Education Fund (MALDEF) plaintiffs in the case who opposed the granting of unitary status in court on behalf of the class of Latino students is currently reviewing the judge’s decision, but states they "continue to believe that TUSD should remain under court supervision.”

Grijalva hopes that they can work with MALDEF and plaintiffs on the case who continue to have concerns. She believes the court’s decision would allow the governing board more flexibility to make “decisions that we think are best is best for our community, and not having to wait to go through the courts' oversight process and approval process is going to mean that our community gets results a lot faster.”

“I'm hoping that we can continue to work with the community to ensure that all of our students and our students of color have access to all of the great programs and education," Grijalva said.