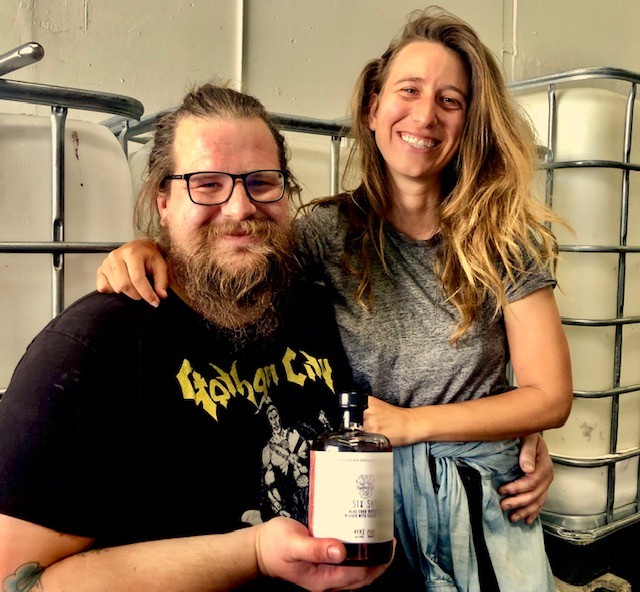 All it took to inspire Tucson's newest distillery was an attorney who "flamed out brilliantly" and an archeologist whose passion for craft practices was ignited while on assignment in Madagascar.

This seemingly random collision of life-altering moments ultimately resulted in a whiskey made from what's called the "sacred sisters" of maize and cacao.

"When I was in Madagascar doing field work, I discovered that traditional craft knowledge like weaving and ceramics was interrelated with the drinking culture," said Beck Caroli, co-owner of Town Under Black Distillery, 3810 E. 44th Street. "I started drinking banana beer, millet beer and rum, learning how it was made and seeing how different the process was from the more industrial style of western distilling."

While this discovery piqued her curiosity, she returned home and quietly fell back into her archeological work in architecture and adobe restoration.

And then she met Vlad Novokschenov, a Tucson attorney with an interest in craft spirits who ended up leaving his county public defender job to do a deep dive into distilling science.

Whether you call it love at first sight or a shared interest in place-based spirits that rendered them inseparable, the two fell in love and went into the booze business together. Their inaugural conception is Six Sky, a whiskey distilled from heirloom blue corn from the Ute Mountain Farm and Ranch near Four Corners, which is infused with the husks of cacao beans from Tucson's Monsoon Chocolate.

The corn is roasted at the distillery in a 65-gallon drum, then milled and fermented for up to a week. The resultant yeasty mash hits the boiler before doing its delicate pot-distilled dance. This produces a clear corn spirit that flows into vessels of cacao husks where it rests for two weeks. After some additional aging on glass, it's filtered and finally bottled.

"Corn whiskey is a traditional American whiskey, but we decided to go with blue corn because it more closely resembles the kind of corn that would have been used to make it a long time ago," said Novokschenov. "The combination of corn and cacao was a big part of traditional Mayan culture."

Novokschenov observes dried cherry and chocolate notes on the nose and palate, while Caroli gets salted caramel and coffee on the nose and stone fruit on the palate, with a long finish from the oils of the cacao that she said tends to linger longer.

With their first product now in bottles, I'm told that future releases could include a spirit aged on canary wood, one made from Arizona black walnuts, and another made from the banana yucca plant.

But Six Sky is keeping them beyond busy. The first order was shipped to downtown's AC Hotel by Marriott, with several other bars, restaurants and retailers lining up to grab bottles from this inaugural batch.

Priced at $55 per bottle, the whiskey is also available for individual sale at the distillery. Information on tours, tastings, and bottle sales are available by signing up for their newsletter at townunderblack.com.

Raise a glass to Mayan magnificence! ■

Contact Matt Russell, whose day job is CEO of Russell Public Communications, at mrussell@russellpublic.com. Russell is also a regular contributor to "Tales of the Keg" on ESPN Tucson, KFFN 1490 AM & 104.9 FM, as well as the host of the Friday Weekend Watch segment on the "Buckmaster Show" on KVOI 1030 AM. 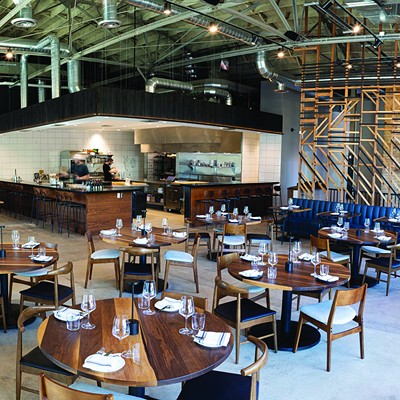 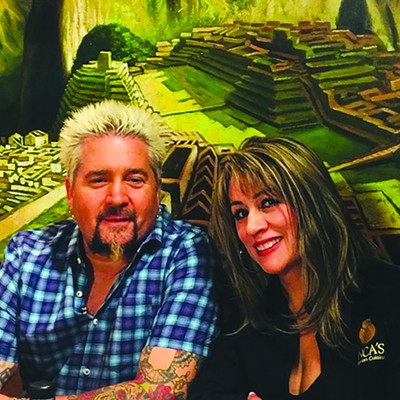