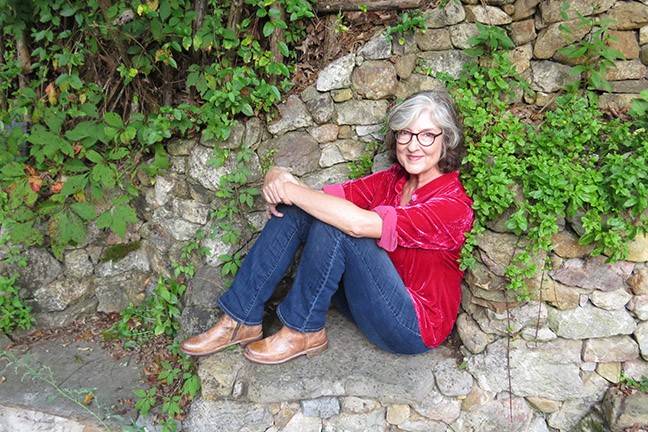 Courtesy
Barbara Kingsolver: “Unsheltered is very much a novel about mothers and adult kids, that tricky terrain shifting between parent and child to have an adult relationship. 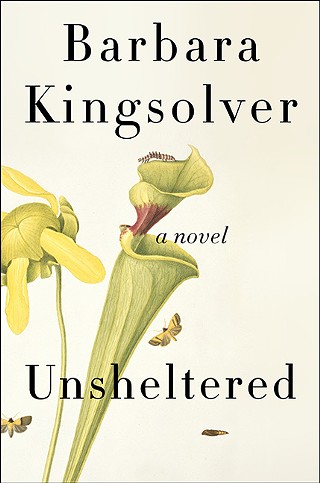 Former Tucsonan Barbara Kingsolver is coming to town for a book reading and signing of Unsheltered, her first novel in six years.

The prize-winning author—once a Tucson Weekly writer—first came to fame with The Bean Trees, a best-selling novel about a young woman who tries to make a life in the Old Pueblo. A string of successes followed.

Her new book, her 15th, tells two related tales set in Vineland, New Jersey: one in 1870, the other in 2016. In the modern story, a hard-working middle-class family is in free-fall. In the earlier narrative, backlash against Darwin's theory of evolution threatens an idealistic science teacher.

We caught up with Kingsolver last week in a hotel in New York City. Our conversation has been edited for space and clarity.

You're at the beginning of a pretty grueling book tour.

I'm at the front end of the tour so not completely bedraggled yet. After the U.S. part, I have to go to the UK. I always appreciate the UK audience. They talk more about literature and less like, "Are you allowed to write about things like this?" In the U.S., Americans [are more critical of writers] addressing current events.

In this book you deal with plenty of distressing current events. Iano, the main character's husband, loses his tenured professorship when his college closes down. Willa herself loses her job as a journalist when her magazine fails. And their house is falling down.

In Southwest Virginia we're surrounded by colleges that are on their last legs or have already folded. Two colleges within a stone's throw of where I live have closed. I know people who have lost everything. Magazines fold too. Many are gone. I cannot tell you how many interviews I've done for this book (and the interviewer says) "I'm kind of living Willa's life." What this novel is about is that all of these institutions that we've spent our lives trusting in as permanent are just evaporating. So many kinds of shelter, whether it's your life insurance policy, pension or the ice on the North Pole, aren't going to be there.

President Trump is never named in the book but he's a background character.

I started the novel in 2013, 2014... I was writing in real time as he and his bullying form of leadership showed up on the horizon and were taken seriously. I was finishing the last draft last December [2017]. It gave me a lot to think about, about polarization, about the different ways that we refuse to talk to each other:

For the earlier story, set during the scientific uproar over Darwin, you were looking for a real-life scientist to use as a character. You found Mary Treat.

I ran across her name in this book I was reading about Darwin's era. I saw this name Mary Treat as a lady scientist who had corresponded with Darwin. I was amazed by the work that she had done, that [she was] a champion of Darwin, that she is so little-known in modern times. I found out her papers and archives are in this place called Vineland, at the historical and antiquarian society. I thought, "Well, I better go there," and the novel was born.

Vineland is [doing poorly economically but] no more and no less than half the small towns in America, where the basis of the economy was formerly agriculture. What interested me was the diversity of the immigrant population. There is a strong Italian and Greek community, also Dominicans and Puerto Ricans and a lot of Asians. It really seemed like the perfect globalized microcosm for not just the 19th century part of the story but the modern story as well. Who ever knew I'd write a novel set in New Jersey? I wanted to tell this story and New Jersey turned out to be the right place.

How did you manage the structure of the book, with stories and time periods alternating from chapter to chapter?

I knew that you, the reader, would be saying at the end of the chapter, "but wait I want to stay here." That was a significant challenge. In dozens and dozens of revisions. I tried to make sure the stories are really well linked.

Maybe it's a little bit jarring to switch from one century to another. My hope is pretty soon you're just in the book rather than feeling like you're reading two different books.

As a mother of grown children, I thought you did a nice job of writing about Willa's relationship with her adult kids.

We never stop being mothers, do we? We imagined once they were grown and on their own that somehow we would worry less. But we don't. Unsheltered is very much a novel about mothers and adult kids, that tricky terrain shifting between parent and child to have an adult relationship. That's the territory I enjoy, writing about the anguish and the tenderness of these relationships.

Is it harder for young adults to make their way today?

The shelter is failing. Plenty of people, myself included, have written about poverty and how tough everything is for these people. Now I chose to write about middle-class people, people who feel like, "We made it; we've done all the right things; we followed the rules." The American dream is supposed to promise that our kids will have it better. And they don't. It's painful territory. But there's also Mary Treat, [who says] "When you go outside of shelter you stand in daylight." There are things to be gained by acknowledging the mess we're in.

Despite the rigors of book tour, it must be fun to meet your fans.

It is lovely. I'm so grateful for them and so grateful that people read books at all. It makes it all worth it. And I'll get to come to Tucson!

When was the last time you were here?

It's been at least five years. I'm super-excited to be there. It still feels like home. I have so many good friends there I'm excited to see. My husband and one of my daughters are going to fly out. We've rented an Airbnb and we're going to pretend for a weekend that we're Tucsonans again.