It’s not just Rachmaninoff, Beethoven and Mozart. Get ready for Star Wars, marching bands and a guitar festival this fall 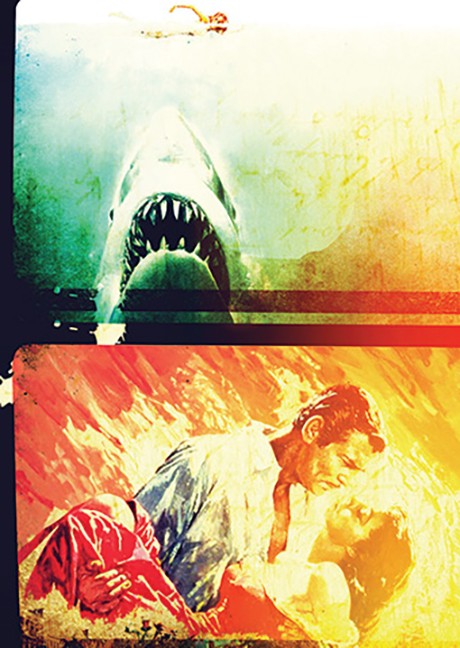 Beethoven Odyssey. Who knows? Maybe there's some city symphonies that like to ease into their new seasons with something that's not too cool. But that's not TSO's style. To kick off their 2018-2019 season, they've got music from 2001: A Space Odyssey on the film's 50th anniversary, including Richard Strauss' tone poem Thus Spake Zarathustra. They've also got Beethoven's violin concerto, one of the best known and most important works of the repertoire, on the docket. Violin superstar Anne Akiko Meyers—one of the most in-demand violinists in the world and the top-selling classical instrumentalist of 2014 on Billboard's traditional classical charts—is also performing. 7:30 p.m. on Friday, Sept. 21 and 2 p.m. on Sunday, Sept. 23.

Welcome to Planet Earth. The first of the TSO season's "Just for Kids" series starts Mr. Weehoop, a space alien from Planet Slide, who is visiting Earth for a vacation. While he makes friends in Brass Town and learns about music and what makes brass instruments work, the audience will learn right along with him. 10 a.m. and 11:15 a.m. on Saturday, Sept. 29. Tucson Symphony Center, 2175 N. Sixth Ave.

Mozart & Schubert. This show features three pieces: Mozart's first symphony, which he wrote when he was literally 8 years old, and which, interestingly enough, he does a callback to in the finale of his very last symphony; Theofandis' Bassoon Concerto performed by Martin Kuuskmann, who received a 2017 Grammy nomination for playing exactly this work; and Schubert's Symphony No. 4, which he composed at the ripe old age of 19, but wasn't performed until two decades after he died. 7:30 p.m. on Saturday, Oct. 6 and 2 p.m. on Sunday, Oct. 7. Catalina Foothills High School, 4300 E. Sunrise Drive.

Brahms Symphony No. 1. At this show, see the TSO premiere of Castellanos' El Río de los Siete Estrellas, one of the Venezuelan composer's best-known works. Yolanda Kondonassis, one of the world's premier harpists, is playing Ginastera's Harp Concerto. And Brahm's Symphony No. 1, sometimes known as Beethoven's 10th, is a powerful and dramatic piece. 7:30 p.m. on Friday, Oct. 12 and 2 p.m. on Sunday, Oct. 14.

Cat With a Fiddle. TSO violinist leads this musical adventure and second installment in the orchestra's "Just for Kids" series. A piano trio tells the story of Fiddle Cat, who, while looking for a great place to eat, stumbles upon Bessie the Cow and Little Dog Brown, who are rehearsing for a new jazz show. 10 and 11:15 a.m. Saturday, Oct. 20. Tucson Symphony Center, 2175 N. Sixth Ave.

Lights! Camera! Pops! If you're not the type of person who goes to the symphony, but you want to be the kind of person who goes to the symphony, then this show is an excellent gateway. They'll be playing excerpts from film scores from the 1930s through the present. We're talking Star Trek: Into Darkness, Gone With The Wind, Indiana Jones, Jaws, On Golden Pond and more. Former TSO music director Bob Bernhardt directs this show that is sure to hold your interest. 7:30 p.m. on Saturday, Oct. 27 and 2 p.m. on Sunday, Oct. 28.

Midori. Midori played with the New York Philharmonic for the first time when she was 11. Today, she's been one of the world's leading violinists for more than 30 years, and has played all over the world. Hear her play Strauss, Dvoák and Brahms. In fact, do more than hear her play it... you'll feel it. She has one of those out-of-this-world gifts. 7:30 p.m. on Friday, Nov. 2.

Mozart Piano Concerto No. 27. James Judd conducts this evening of Mozart and Elgar music, and Anne-Marie McDermott is the featured pianist. Piano Concerto No. 27 is Mozart's final work, and it's full of warmth and serenity, while Elgar described his own Symphony No. 2 as "the passionate pilgrimage of the soul." It was so acclaimed when it first came out in 1911 that it was performed across America and Europe more than 100 times in a year. 7:30 p.m. on Friday, Nov. 9 and 2 p.m. on Sunday, Nov. 11.

Percussion Out at Sea. Calling all swashbucklers! The "Just for Kids" series returns with this special event, in which the Tucson Symphony Percussion Quartet takes the audience on a nautical adventure. Along the way, kids might just see some familiar faces from the deep blue. Band ho! 10 a.m. on Saturday, Nov. 10. Tucson Symphony Center, 2175 N. Sixth Ave.

Copland & Goodman. But not just Copland & Goodman. The night also features music by Piazzolla, Márquez, Guarnieri and Villa Lobos—Brazil's greatest composer and musical ambassador. And in fact, Goodman's name is only in the title of the event because he was the one who commissioned Aaron Copland to write the Clarinet Concerto, one of the night's pieces. Evandro Matté, the artistic director of Orquestra Unisinos Anchieta, conducts, and Brois Allakhverdyan, the appointed principal clarinet of the Los Angeles Philharmonic in 2016, is a featured soloist. 7:30 p.m. on Saturday, Nov. 17 and 2 p.m. on Sunday, Nov. 18. Catalina Foothills High School, 4300 E. Sunrise Drive.

Star Wars: A New Hope in Concert. Are words even necessary? The iconic, Academy Award-winning score by John Williams is probably already playing in your head. The movie will be projected onto the big screen, and you'll get to watch Luke's bravery and Darth Vader's peril like never before. Kids under 18 get 50 percent off tickets. 4 p.m. on Saturday, Nov. 24. And 2 p.m. on Sunday, Nov. 25.

Rachmaninoff Symphony No. 3. Tonight features Rachmaninoff's lush symphony and Khachaturian's deeply expressive Concerto-Rhapsody for Cello. But it also features the world premiere of a TSO-commissioned work by 33-year-old Scott Ordway, a composer known for pairing multiple artistic disciplines with humanistic themes. Josep Caballé Domenech, music director of Colorado Springs Philharmonic and Philharmonic Orchestra of Bogotá, conducts, and Nicholas Mariscal is featured on the cello. 7:30 p.m. on Friday, Nov. 30 and 2 p.m. on Sunday, Dec. 2.

The Enchanted Castle. In the year's final installment of TSO's "Just for Kids" series, the Flute Viola Harp trio is taking the audience on a trip to the Enchanted Castle. (Can you guess what instruments the members of the Flute Viola Harp trio play?) You'll meet with royalty, sing with shepherds and dance to the music of Villa Lobos. Bring your wands and your crowns to help them weave this magical tale. 10 a.m. Saturday, Dec. 8. Tucson Symphony Center, 2175 N. Sixth Ave.

Messiah. Would the holiday season be complete without an orchestral rendition of Messiah? Absolutely not. It's the one with the iconic hallelujah chorus. This pulse-pounding, earth-shaking masterpiece is one of choral literature's most important and popular works. It sold out last year, so make sure you get tickets now! 4 p.m. on Saturday, Dec. 15 and 2 p.m. on Sunday, Dec. 16. Catalina Foothills High School, 4300 E. Sunrise Drive.

A Cirque Holiday With Troupe Vertigo. If you're not in the holiday spirit by a few days before Christmas, this might be just the push you need. Contortionists, aerial artists and cirque acrobats will be wrapping themselves into all sorts of positions, and wrapping you all up in Christmas joy. (Afterward, you might just have the motivation to go home and finally wrap some presents). TSO supplies a classic Christmas music soundtrack to the whole thing. 4 p.m. on Saturday, Dec. 22 and 2 p.m. on Sunday, Dec. 23.

All AFCM performances are at the Leo Rich Theater, 260 S. Church Ave.

Blake Pouliot Violin. Blake Pouliot is only 24, but he's already a featured performer on CBC Radio Canada and was the grand prize winner of the 2016 Montreal Symphony Orchestra's Manulife Competition. He made his solo orchestral debut with the Toronto Trinity Chamber Orchestra at age 11 though, so he's been doing this for awhile. He's featured in this violin and piano recital at 3 p.m. on Sunday, Oct. 14.

St. Lawrence String Quartet. This evening, two classical-era quartets—Haydn's Quartet in C Major (The Bird"), Op. 33 No. 3 and Mozart's Quartet in D Minor—are perfectly complemented by two recent works written for the St. Lawrence Quartet by colleagues at Stanford University—Jonathan Berger's Tango Alla Zingarese and Mark Applebaum's Dead Name. You know what they say: Listen to new music, but enjoy the old. One is silver and the other is gold. 7:30 p.m. on Wednesday, Oct. 24.

The Orlando Consort. Formed in 1988 by the Early Music Network of Great Britain, the Orlando Consort has gained an international reputation for their performance of medieval and renaissance vocal music (from 1050 to 1550), and, over the years, have also come to embrace jazz, film and world music. Their work combines entertainment with scholarly insight gleaned from surviving Renaissance journals and letters. 3 p.m. on Sunday, Oct. 28 at Grace St. Paul's Episcopal Church, 2331 E. Adams St.

The Aulos Ensemble. The Aulos Ensemble is in its fifth decade of concerts and readings that bring a whole new dimension to the concept of historically-informed performance—particularly of baroque music. Its members are in principal chairs at some of the finest American early instrument orchestras and have trained the next generation of baroque performers. At this performance, enjoy many pieces that sound like Christmas, and others that are joyful in a way all their own. 3 p.m. on Sunday, Dec. 2 at St. Philip's in the Hills Episcopal Church, 4440 N. Campbell Ave.

Beijing Guitar Duo. Meng Su and Yameng Wang are two of the most outstanding guitarists of their generation, and their accolades include a Latin-GRAMMY nomination for their piece Maracaípe, positions as artists-in-residence for San Francisco Performances and performances all over the world. Both women were born in a city in coastal China, and have been international guitar competitions individually since they were kids. 7:30 p.m. on Thursday, Nov. 15 at Crowder Hall, 1017 N. Olive Road.

The Fred Fox School of Music

The Fred Fox School of Music has an absolutely jam-packed fall, with everything from faculty, student and guest recitals; to community, high school and university choir performances; to special events like Octuba fest and the 10th Annual International Guitar Festival. There are far more events than we could fit in the pages of the Weekly, so be sure to check out music.arizona.edu for a full listing. In the meantime, here's a sampling.

UA Wind Ensemble & UA Wind Symphony. It's the Chinese Moon Festival! That means traditions like moon cake, lantern riddles and this performance by some of the best musicians in town. The UA Center for Chinese Music and the Fred Fox School of Music are coming together for a night of music by both Chinese and American composers. 7:30 p.m. on Thursday, Sept. 20. Crowder Hall, 1017 N. Olive Road.

65th Annual Band Day. Battle of the bands! The high school marching bands, that is. This full-day competition includes performances by 40 high school bands from across the state, as well as the Pride of Arizona Marching Band. Groups are judged by some of the most respected music education professionals in the field, and are cheered for by marching band enthusiasts from all over. Saturday, Oct. 13 at the Arizona Stadium.

Tenth Annual International Tucson Guitar Festival. There's so much beautiful guitar music going on at this weeklong event that you'll have to check out tucsonguitarsociety.org for a full rundown, but just to whet your appetite: Duo Assad, the rammy Award-winning duo from Brazil, is performing twice during the week; so is the Beijing Guitar Duo, the Latin Grammy-award winning duo. Otto Tolonen, and acclaimed classical guitarist from Finland, is also performing. You can also catch the Beeston Guitar Competition finals during this week. Festival lasts from Saturday, Nov. 10 to Sunday, Nov. 18, and features concerts, master classes and competition.