Deadpool returns for another hilarious outing 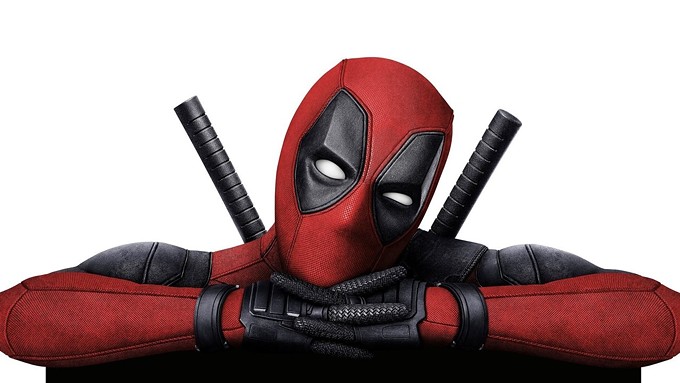 Deadpool 2 constantly breaking character and the fourth wall works about half the time.

The happily profane superhero party continues with Deadpool 2, a sequel that brings the anarchistic spirit of the original without necessarily blazing any new trails.

Ryan Reynolds, who has experienced a career explosion thanks to this franchise (and, of course, his undeniable talents), continues to break the fourth wall, Ferris Beuller-style. While the gimmick definitely leads to some good laughs, it does get to a point that feels a little too cute and repetitive. He winks at the audience so much, he must have some severe eyelid muscle strains. He's gonna have an eyeball pop out.

The film starts with Deadpool dejectedly blowing himself up, complete with a severed arm giving the finger, then it goes into flashback mode as Wade Wilson cleverly and smarmily tells us why he did such a thing. We also get a repeat of the "Wiseass Opening Credits" gag that got the original off to such a good start. This time, instead of Juice Newton's "Angel of the Morning," the credits roll to a brand new ballad from Celine Dion, so the stakes have definitely been raised.

Directed by David Leitch (one of the guys who directed John Wick), the film definitely ups the ante on the action front, with gun and swordfights that have some major zip to them. No question, Leitch can more than handle a fight scene. He and his writers also provide a worthy Deadpool adversary in the time traveling Cable (Josh Brolin, having a helluva summer), a half-cyborg mound of angst with a human side. Brolin has cornered the market on "deep" villains this summer, with this and his emotive Thanos.

Much of the movie involves Deadpool forming X-Force and becoming an X-Men trainee. Deadpool's first mission with his X-Force is a screamer, especially due to the participation of Peter (Rob Delaney), a normal, khakis-wearing guy with a killer mustache who joins the force because he saw an ad and thought it might be cool. Negasonic Teenage Warhead (Brianna Hildebrand) and Colossus (Stefan Kapicic) return, while Julian Dennison climbs aboard as Russell/Firefist, an angry young mutant Deadpool takes under his wing.

Juggernaut is the film's other major villain, and Leitch pulls off some fun casting for the nasty giant mutant role. Watch the movie without knowing who is playing him and see if you can guess. I bet you can't, I bet you can't!

Deadpool 2 does have some of the screamingly funniest cameos I've ever seen in a movie, and I will not give them away. Blink and you will miss some of them. Others involve heavy makeup, and one involves a group of players that garnered the movie's biggest laugh out of yours truly. If they continue with Deadpool movies—and there most certainly will be more Deadpool or X-Force flicks—they must always stick with this particular gimmick. It kills.

As for Deadpool constantly breaking character and the fourth wall, it works about half the time in this installment. Some of the jokes fall flat, sometimes because they've already played out in the marketing. The credits scene might be the best part of the movie, with some killer gags that, again, will go unspoiled here. There's also a lot of Wolverine jokes, and one half-funny Basic Instinct nod (one of the film's least inspired moments).

Deadpool 2 is a hard R thanks to a steady stream of intermittently hilarious profanity and constant gore. Deadpool's healing capabilities come in very handy this time out, with him riddled with bullets, torn in half, blown up, etc.

Whatever you do, don't look at the IMDB cast list for this movie, because it does give away the cameos, and the surprise of those cameos comprises much of the fun in this worthy, but slightly inferior sequel (I liked the original a little more). I'm not sure what the future for Deadpool holds, but the film's ending provides a lot of opportunities. Let's hope it includes lots more Brolin, and fewer Basic Instinct jokes.