Chapter Two brings It to a disappointing close 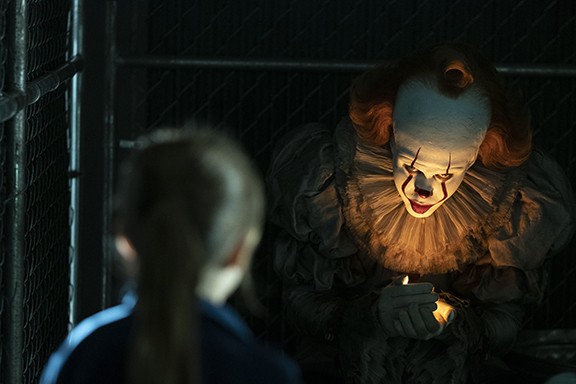 Brooke Palmer/Warner Bros
With It Chapter Two we have a needed, yet pretty bad, conclusion to a saga started by a previous, far superior film. If you saw and liked the first movie, you have to watch this one to get the full story. You'll also be witnessing somewhat of a decline in quality.

In a strange way, I'm happy it exists, because it does have some good scares and Bill Hader rocks the house as a grown up Finn Wolfhard. It closes out the Stephen King story in, admittedly, much better fashion than that spider sequence in that TV miniseries.

If you look at It as one long movie consisting of two chapters, the overall "two-movie" experience is still cool. If you look at this sequel as a standalone, well, it's a bit of a mess. Actually, it's a big mess, an editing room fatality.

The first movie focused on the Losers Club as children, concluding with them seemingly defeating Pennywise the Clown (an always frightening Bill Skarsgard). This one picks up 27 years later, welcoming the likes of Hader (Ritchie), Jessica Chastain (Beverly) and James McAvoy (Bill) to the proceedings. When evil seems to revisit their hometown, the adult Losers return for a rematch with the morphing clown. That's it for the plot. The adults split up, suffer some individual horrors at the hands of Pennywise, then wind up back together for the finale.

A big, central problem in this movie is that the kids from the first film, who actually play a large part in this one, have grown mightily since the first chapter wrapped. While there have been some nice advancements in digital de-aging, this film is not a boasting component of that movement. The kid scenes are a mixture of newly filmed scenes and flashbacks.

The kids, often filmed in the dark, look very odd with their digitally altered, disproportioned faces and, in some cases, their digitally de-aged voices make them sound like chipmunks. Too bad the producers didn't have great faith going into the It franchise, because they should've filmed the extra kid scenes during the original movie's production, saved themselves some dough on special effects, and had a better-looking movie.

There's a lot of whining out there about this film's running time, as it clocks in at 2 hours 48 minutes. I'd like to submit the notion that director Andy Muschietti should've taken three films to tell this story because at nearly three hours, this movie actually comes off as oddly rushed and haphazard. There should've been a Chapter 3. There's talk that the original cut for Chapter Two was four hours long. Perhaps an hour will be restored for a home video release, which might fill in some gaps and make the experience feel more complete and less compressed.

Hader rules this movie as Ritchie in the same way Wolfhard ruled the original. He's funny, he's aces at looking scared, and he can handle the heavy drama. Surprisingly, McAvoy seems a little lost in the role of grown-up Bill, while Chastain doesn't really have much to work with during her screen time. Hader and Skarsgard make good chunks of this movie worth watching.

After a solid start, the movie becomes performers running around from set piece to set piece, setting the table for some CGI scares mixed with the occasional practical effects. (The old lady freezing during her tea chat with Beverly is perhaps the scariest/funniest moment in the movie, and required no software.)

Again, I have a feeling It Chapter 2 could be somewhat redeemed by a director's cut that could possibly reinstall some of the connective tissue between the scenes. Right now it's just a bunch of thrill sequences smashing into one another in the second half, with no real sense of direction. The story of It, as a whole on the big screen, is easily superior to the TV series that came before. It Chapter 2 drags the overall grade for both movies together to somewhere around a B minus.