Not Your Typical Punk Show

As part of the local rock 'n' roll art festival Tucson Rocks!, the Museum of Contemporary Art Tucson is opening an exhibit that shows some of punk rock's most influential posters, fliers, album covers and zines—all designed by contemporary artist Raymond Pettibon.

"Now Pettibon is really known as an internationally recognized contemporary arts star," said Candace Moeller, assistant curator at MOCA. "This was really just when he was working the Los Angeles punk scene."

The exhibition is part of a series by Independent Curators International called "Art in a Box," in which the entire exhibit fits in a box and can be assembled and displayed as the museum chooses, Moeller said.

Pettibon, who was born in Tucson, did art for bands such as Black Flag, Dead Kennedys and Circle Jerks. But the show isn't just for punk fans, Moeller said.

"Even if you don't know much about punk rock, you can get a sense of the aesthetics of it, the more-intangible qualities of punk," Moeller said.

MOCA suggests that people come to see Pettibon's art before heading over to the opening of Who Shot Rock 'n' Roll: A Photographic History, 1955 to the Present, at the Tucson Museum of Art, which takes place later on Saturday.

This is a "soft opening," Moeller said. In other words, the museum is officially displaying the artwork—although there's a bigger party coming up on Nov. 11, when the museum will celebrate the show in a grand opening.

Seeing The Punk Years can give individuals "an appreciation for a new art form that really evolved during that time," Moeller said.

It's a race! National Geographic is hosting its fifth-annual BioBlitz this weekend at Saguaro National Park. The event is part of a 10-year series that is being held at different national parks across the country in celebration of the National Park Service's 100th anniversary in 2016.

Guests were invited to join the 24-hour race to count the species that reside in the park. It is possible that attendees could discover new species to add to the park's official list. The festivities will also allow people to talk to scientists and learn about cataloging and observing plant and animal species.

Described as "part scientific endeavor, part festival and part outdoor classroom," BioBlitz will bring together more than 150 scientists from across the nation, 2,000 local students, and more than 100,000 people who will join the festival via the Internet on a National Park Foundation Electronic Field Trip.

Registered groups will observe and record everything from insects, plants, cacti and birds to microorganisms. It's too late to sign up for the species count, but members of the public are encouraged to attend the Biodiversity Festival on both days at the Red Hills Visitor Center.

The family-friendly educational experience includes live music, science experiments, lectures, nature walks, booths and animal demonstrations. Attendees even have the opportunity to "graduate" from the Biodiversity University by participating in special activities.

Admission to all events is free, and activities will continue rain or shine; it is encouraged that "explorers" and guests dress accordingly. Parking onsite is unavailable; visitors must park at Old Tucson Studios, 201 S. Kinney Road. A free shuttle will be provided to the visitor center. —J.B.

The company is celebrating its 25th anniversary, and managing director and actor Brandon Howell said it is the perfect time to "introduce a new side of the theater company."

Bus Stop, written by William Inge, is a well-known play from the 1950s that Howell described as a "fun and familiar family classic." It takes place at a Kansas bus stop, where eight strangers are forced to wait together for a blizzard to pass. The plot circles around each of the characters and their growing familiarities as time passes.

Although the play is dated, Howell—who is starring in the production—noted that the company is not re-writing or changing the script to modernize the performance. "We tried to stick to the core of the show," said Howell, "but I think every production brings its own uniqueness and director's interpretation."

Another change involves the venue. For the past 10 years, the company has been performing at the Berger Performing Arts Center, but will present Bus Stop at the Temple of Music and Art Cabaret Theater.

The most significant difference in the theaters is size, but Howell said it has been a "fun challenge" for the actors to reconfigure in a more-intimate setting.

Other performances this season will include the company's original The Magic of Christmas and You're a Good Man, Charlie Brown.

The Return of an Original

Borderlands Theater's Arizona: No Roosters in the Desert

After traveling from Mexico City, to Tucson, and then to Chicago, Borderlands Theater's Arizona: No Roosters in the Desert is coming back to Tucson.

Performed in Tucson last October, the play—written by Kara Hartzler and based on fieldwork by Anna Ochoa O'Leary—follows the journey of four women across the border. The work incorporates 130 interviews of real migrant women collected by O'Leary.

The play might be the same, but there are plenty of new opportunities, said Eva Zorrilla Tessler, who plays Marcela, one of the four women.

"It's a very interesting play, so it's very exciting to be back. We're trying to find different shades for the characters," Tessler said.

Marcela, who acts as a leader of sorts for the group, is a nuanced character that Tessler continues to explore through Borderlands' second production of the play.

"She's an older woman from Guadalajara, and she's a veteran: She has crossed the border several times, and she knows more than the others," Tessler said. "She's a very complex person."

Last year's shows sold out, so this is a chance for more people to see the play, Tessler said.

Arizona: No Roosters in the Desert hits close to home for Tessler, who is a Mexican immigrant. She feels a special connection to the play, she said, and thinks that the production is a way to bring awareness.

"It is something that is right in our backyard," Tessler said. "I think that also, as a community, we need to be able to understand what is going on so we can prevent further deaths." 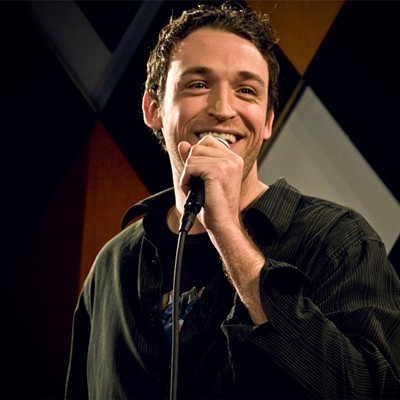