So much to do, so little time 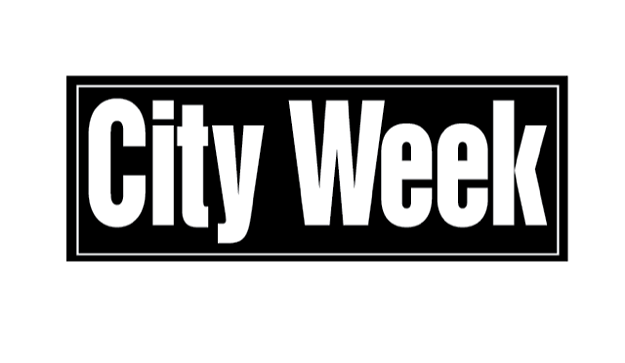 From Brooklyn to Broadway (in Only 50 Years!). Steve Solomon is the guy behind "My Mother's Italian, My Father's Jewish & I'm in Therapy," one of the longest-running one-man shows in Broadway history, which introduces us all to the obnoxious uncles, strange cousins and well-meaning parents so many of us know from our own lives. In this show, his gift for acting, dialect and voices brings to life more than 20 ridiculous characters in situations that will have you in the throes of those big, heaving belly laughs. 7:30 p.m. Saturday, March 14, and 3 p.m. Sunday, March 15. Berger Performing Arts Center, 1200 W. Speedway Blvd. $45 GA.

The Legend of Georgia McBride. This show is just as full of showstopping musical numbers and sequins as it is heart and moments that will have you laughing out loud. At the center is Casey, who is working successfully as an Elvis impersonator until he loses the gig at the worst possible time. So, bewildered and bedazzled, he starts working as a drag queen, with the help of a group of friends who become like family. This show is a love letter of sorts to the drag queens who helped playwright Matthew Lopez on his own coming out journey. Sweet, hilarious, and at Arizona Theatre Company, where they never seem to put on a bad show. Opening night is Friday, March 12, through Saturday, March 28, with 7:30 p.m. evening shows and 2 p.m. matinees. Temple of Music and Art, 330 S. Scott Ave. $40 to $70.

Hedwig and the Angry Inch. Musical theater lovers rejoice! This glam rock musical tells the story of Hedwig Schmidt, a genderqueer German rock singer who faces trials ranging from heartbreak to a botched sex reassignment surgery. It's got killer musical numbers, it's got a though-provoking story, hell, it's got Greek philosophy. Rolling Stone called it the first musical to "truly rock," so missing it would truly be a shame. 8 p.m. Friday, March 12, and Friday, March 27. 8 p.m. Saturday, March 14, 21 and 28. 6 p.m. Sunday, March 22. 10:30 p.m. on Saturday, March 28. The Cabaret Space at the Temple of Music and At, 330 S. Scott Ave. $25 GA, $20 senior/military, $15 students/teachers. Add $5 at the door.

The Two Gentlemen of Verona. Considered by some to be Shakespeare's very first play, this is a great example of The Bard starting to find his comedic voice. There's friendship, there's infidelity and there's commentary on how absolutely ridiculous people can act when they're in love. There's also a clownish servant named Launce who is sure to capture the heart of anyone who has a soft spot for sidekicky clown characters. Come see the UA's production of it, sponsored by Gregory Knopf! Wednesday, March 18 through Sunday, March 29 with 7:30 p.m. evening shows and 1:30 p.m. matinees. Preview shows at 7:30 p.m. on Monday, March 16, and Tuesday, March 17. Marroney Theatre, 1025 N. Olive Road. $21 preview shows. Normal shows are $32 GA, $30 senior/military/UA employee, $15 students.

Pleiades Dance Concert in the Park. Hawkinsdance is a Tucson contemporary dance company founded in 2017, and tonight, they're presenting choreography by a group of choreographers and dancers underneath the stars, including Charlotte Adams, Dia Dearstyne, Eduardo Zambrana and Nicole Stapleton. The group, led by UA School of Dance MFA graduate Shelly Hawkins, was formed around the idea of uniting the community around art, and expresses ideas about feminism, transformation, the afterlife and the exploration of truth. 6:30 p.m. Saturday, March 14. Demeester Outdoor Performance Center at Reid Park, 900 Randolph Way. Free, RSVP at hawkinsdance.org.

Fin. This original piece of physical theatre tells the story of Eleanor, who, through laughter, tears and everything in between, must learn to find a new normal after the death of her beloved pet fish. Actor and creator Angelo Horchem navigates the stages of grief in this wordless, moving comedy. She got the idea for the show while working as a hospital clown at Diamond Children's Medical Center, and learning about how it can be harmful for people who are grieving to be told that their grief should be a linear process. This show is designed to start the conversation. This workshop performance is sans tech or props, and audience feedback is invited. 12:30 p.m. Sunday, March 15. Live Theatre Workshop, 5317 E. Speedway Blvd. $10 adults, $7 kids.

Dance and Dessert. Ballet Tucson's spring concert combines two great pleasures—that of marveling at the feats of strength and grace the human body is capable of and that of eating dessert. You truly cannot go wrong. The night begins with the Tucson premiere of George Balanchine's Concerto Barocco, which is a dance visualization of Bach's Concerto in D minor for Two Violins. Then, Daniel Precup's Gemini, an interpretation of the legend of Castor and Pollux and the formation of the Gemini constellation, is back by popular demand. Dessert tastings follow each show. 7:30 p.m. Friday, March 12. 2 p.m. and 7:30 p.m. Saturday, March 14. 1 p.m. Sunday, March 15. Stevie Eller Dance Theatre, 1713 E. University Blvd. $45 GA. $40 seniors/students/military.

Sounds of Siberia. What exactly are the sounds of Siberia, you might ask? In this case, it's something called "throat singing," in which a singer produces more than one pitch at the same time, and the khomus, the national instrument of the Sakha Republic. Nachyn Choreve is an internationally renowned throat singer who began touring as a professional musician when he was just 16. Yuliyana Krivoshapkina is a virtuoso of the khomus, which is similar to a jaw harp, and which she can make sound like everything from birds to reindeer to wind. It's otherworldly and jaw-dropping and not to be missed. 7:30 p.m. Saturday, March 14. Also, they're offering throat singing workshops at 2 and 4 p.m. Sea of Glass Center for the Arts, 330 E. Seventh St. In advance $18 adults, $15 teens 12 to 15 and $4 kids 11 and under. Day-of $23 adults, $20 teens and $4 kids.

Steam Pump Ranch Concert Series. Though it's sometimes tempting to wile away a Saturday in bed, or at least on the couch, sometimes it feels good to get out before noon. This free concert by Canyon Currents is a perfect excuse to get up and at 'em for the weekend—but not TOO early, because it starts at 10:30. Canyon Currents is a new project that plays a mix of standards and original songs, with a focus on instrumentals and vocal harmonies in bluegrass and country styles. Pater McLaughlin is on guitar, Lex Browning is on fiddle and guitar and Brian Davies is on bass. 10:30 a.m. to noon. Saturday, March 14. Steam Pump Ranch, 10901 N. Oracle Road. Free.

Barber Violin Concerto. Paul Huang, recipient of the 2017 Lincoln Center Award for Emerging Artists Award, is an absolute treat to listen to, especially playing a piece like American composer Samuel Barber's violin concerto. This work is expressive and beautiful, and its Wikipedia page tells an entirely fascinating, but not entirely verifiable story about its background, if you have a minute. Also tonight is Barber's Adagio for Strings, which you might recognize from the movie Platoon, and Shostakovich's Symphony No. 12 in D Minor, "The Year 1917," which is all about Vladimir Lenin. Performances by the Tucson Symphony Orchestra never disappoint, do they? 7:30 p.m. Friday, March 12 and 2 p.m. Sunday, March 15. Tucson Music Hall, 260 S. Church Ave. $31 to $87.

A Few of Our Favorite Bs. These performances by the Civic Orchestra of Tucson are a reminder that if you want your kid to be a successful composer, consider changing your last name to something that starts with "B," like Beethoven, Brahms or Bartók. The ever-sassy Brahms composed the Academic Festival Overture, which you'll hear this evening, as a thank you for receiving an honorary doctorate from the University of Breslau. To make it fittingly "academic," he based on a bunch of fratty drinking songs. Bartók's Viola Concerto, a stunning showcase of mastery on the instrument, was one of the last pieces he ever wrote. And Beethoven's Symphony No. 5 in C Minor is one of the best-known compositions in classical music. 3 p.m. on Saturday, March 14, at Oro Valley Church of the Nazarene, 500 W. Calle Concordia. 4:30 p.m. on Sunday, March 15, at Crowder Hall, 1017 N. Olive Road. Free.

Haiku Walk and Class. Maybe you wrote haikus in your middle school English class, and already know that they usually consist of three lines, with five, seven and five syllables (though there's some flexibility). But what have you learned about haikus since? In this two-hour workshop, award-winning haikuists Yukihiro Ibuki and Danny Bland will begin with a haiku reading, then discuss the history, form and characteristics of this type of poetry. Then, you'll spend some time in the Yume Japanese Gardens, reading haikus placed in various locations. Maybe you'll walk away feeling ready to write some poetry of your own! 1 p.m. Friday, March 12. Yume Japanese Gardens 2130 N. Alvernon Way. $25, or $18 for students. Reserve tickets in advance!

12th Annual Open Studio Tour. Have you ever spent a day wandering through the art galleries in the Santa Cruz Valley? How about a whole weekend? Make your way through the area studios to learn about the creative processes of artists in Nogales, Tubac, Amado, Green Valley and Sahuarita. On Friday night, Tubac is hosting gallery night from 4 to 7 p.m., where local galleries will stay open late for a night full of music, refreshments, raffles and a chance to meet the artists. The whole shebang is 10 a.m. to 4 p.m. Friday, March 12, through Sunday, March 15. Various locations. See tubacarts.org for more details.

Tucson Museum of Art Artisan Market. More than 100 unique and local artists selling artwork, crafts, pottery, glass, jewelry, textiles and more will be selling their wares. Local food vendors and live entertainment tie the whole event together. AND admission to the museum galleries is free for the duration of the market, which makes the value even better! 10 a.m. to 5 p.m. Friday, March 12, through Sunday, March 15. Tucson Museum of Art and Historic Block, 140 N. Main Ave. Free.

17th Annual Rails in the Gardens. The Tucson Garden Railway Society is dedicated to demonstrating, building and operating large scale railroads. These setups can be display specific periods in history, emphasize the buildings or people, or complement the plants and garden landscapes they exist among. This is your annual opportunity to take a self-guided tour of the nine garden railroads in the Tucson area. It's a whimsical, wonderful way to spend an afternoon. 10 a.m. to 4 p.m. Saturday, March 14 and Sunday, March 15. Various locations—see tucsongrs.org for map and addresses. Free, but cash donations to support the Community Food Bank are accepted.