The new adaptation of Jane Austen's novel Emma delivers a double dose of fantasy - and a dash of social commentary.

In her new adaptation of Jane Austen's novel Emma, director Autumn de Wilde goes for broke, aiming to achieve it all: historical realism and a contemporary spirit, comedy and emotional depth, style and substance, romantic fantasy and social commentary. It's a lot to weave together, and sometimes a thread gets lost in the film's dense tapestry. But overall this adaption is intelligent, significantly new and devastatingly charming.

Emma Woodhouse, "handsome, clever, and rich," is a young woman of the landowning class of early 19th-century Britain. Miss Taylor, her former governess and friend, is marrying and moving out of the Woodhouse home, leaving Emma alone with her father. How to fill the days, the time, the void?

With a project, of course.

Believing herself to be a savvy matchmaker, Emma takes under her wing a schoolgirl named Harriet and sets out to find her a husband. Cue a famous series of misunderstandings and blunders.

The acting in this adaptation is delightful and dazzlingly adept. All the principals bend gracefully to meet the varying tones of the film, delivering both physical comedy and deep pathos. Bill Nighy is an exceptionally lovable Mr. Woodhouse, and Miranda Hart is pitch-perfect as vexing Miss Bates. But for me, the standout performance is Mia Goth's Harriet: vulnerable, sometimes heartbroken, always ready for joy.

Emma. (there's a period in the title because this is a period piece) is de Wilde's first feature-length film. She's worked as a music photographer, documentary filmmaker, and director of music videos and advertisements for fashion brands. Her sense of style is accordingly razor-sharp, and the film's look is what you'll probably notice about it first: contemporary compositions that are flat and spacious, a pastel color palette reminiscent of macarons, and exquisitely beautiful sets and costumes.

One of the enduring attractions of Austen's novels in screen adaptation is the opportunity to revel in the material culture of a privileged class. In this, de Wilde delivers. Every close shot is filled beautiful details: rugs, tapestries, marbles, wallpaper, and wainscoting. Velvet, plaids, stripes, lace, ribbon, feathers, and rosettes. Coral beads, pearls, amber drops. Ringlets for days.

This mass of luxurious detail—signs of the concentration of wealth into the hands of the few—comes at a cost, and de Wilde wants us to think about that cost. She guides us to this by frequently including servants in shots, including—jarringly—in some of the story's most pivotal, intimate scenes. These servants rarely make eye contact with their employers, and never with us, but their presence punctures the fantasy of wealth, raising necessary questions about class systems of economic exploitation. Although it can be argued that is a case of having your cake and eating it too, I appreciate the film's effort to trouble our relationship to luxury. The script by Eleanor Catton also carefully preserves from the book differences in how characters relate to their servants.

Another new lens that de Wilde brings is the centering of women's desire. A flash of male nudity near the start of the film lets us know the female gaze is here. Mia Goth embodies Harriet's boy-crazedness with a timeless, accessible candor. In key scenes, female characters make the first move with a force that, in the context of the period piece, is actually exhilarating.

Emma is usually summarized as the story of a spoiled, arrogant young woman who meddles in other peoples' lives, learns from her mistakes, becomes a better person, and wins a love of her own. All that is true.

Emma is also about loneliness.

We meet Emma at a flash point in her life brought about by accrued losses: loss of mother, sister, best friend. Despite the fact that there's so much talking in the story, Emma has no one to really talk to—except Mr. Knightly. Although his paternalism towards her is a story element that, in my opinion, fails the test of time, he offers her something quite rare: the opportunity to be real.

The enduring and central fantasy of Emma is not that of being a rich lady surrounded by pretty things. It's the book's other fantasy: the one of finding someone special to talk to. Someone to laugh with when times are hard, so you don't have to cry. Someone who helps you better understand your world. Someone to hold hands with as you walk through this thing called life.

Here, too, de Wilde's film delivers, piercing to the heart of the story, resonantly rendering isolation and intimacy in careful, eloquent images. 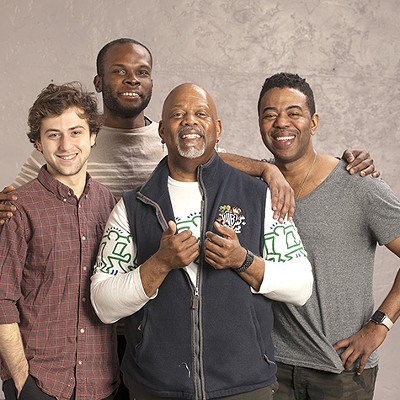