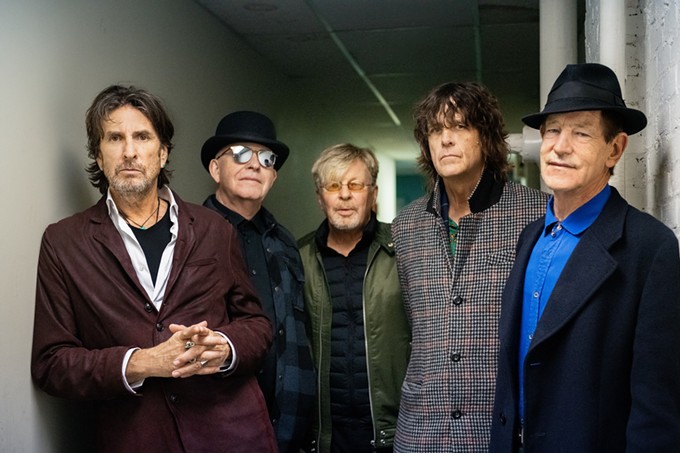 Liz Linder/Contributed
The Fixx had to cancel its last Tucson date due to COVID-19.They make up the show on Monday, June 13, at the Rialto Theatre.

The Fixx lead singer Cy Curnin hasn’t been shy about sharing his political beliefs from his start in 1979 through the English band’s new album, “Every Five Seconds.”

This spring, he became a U.S. citizen and he’s ready to roll up his sleeves and advocate for change.

“I felt like I was being handed a ticket to the Titanic,” he said about his citizenship ceremony.

“I can actually vote in the things that are important to me, and locally, to what’s happening to me. Voters should pay attention to local elections. I will be voting. I’m just as entitled as one of you to speak my mind, and not be one of those preachy Brits.”

The Fixx is on tour, hitting stages in support of “Every Five Seconds.” The jaunt comes to Rialto Theatre on Monday, June 13.

“We were robbed of this date,” he said, referring to the pandemic. “We mean business this time.”

“We were ready to go (record) right before everything shut down,” he said. “Now was a good a time as any to make new music,” he said.

“We’re not getting any younger. We’re still fit. We’re still chomping at the bit. To have a decent run doing this and still being able to do it and have an audience turn up every night is really remarkable.”

“It’s perfect wine for the cellar,” he said.

“It’s just a slightly more sour grape that becomes of drinking age as soon as we hit the stage. The last few years have been crazy, and I feel that humanity deserves more of itself. We don’t ask enough of ourselves.”

Led by Curnin, the Fixx has spent four decades sharing complex, introspective songs. The band garnered three No. 1 hits, five more in the Top 5 and a dozen that reached the Top 10.

With millions of albums sold worldwide, songs such as “One Thing Leads to Another,” “Red Skies” and “Saved by Zero” remain everyday staples on the playlists of the Rock, AAA and Alternative radio stations.

“The topics we were singing about way back then are still very much in the forefront of the political/philosophical debate today,” Curnin said.

Fans can relate, he said. The Fixx’s shows can raise spirits as, Curnin said, ticketholders can agree on one thing: they like the band.

“It’s time for the pendulum to swing through the center and celebrate the good things in life,” he said. “We’re so divided for no reason. We need a shout out for the moderates.”