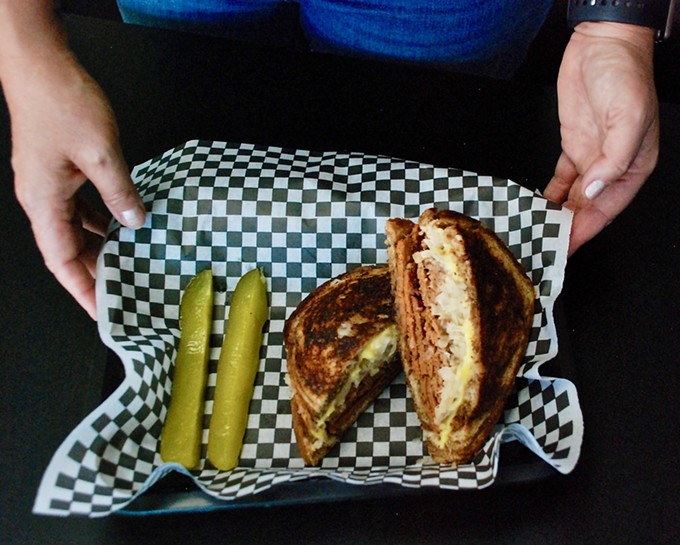 A vegan lifestyle may not be for everyone, but Tanya Barnett wants people to at least give vegan food a try.

She has made that easy with her new Tucson business, Midtown Vegan Deli & Market at 5071 E. Fifth Street.

The business opened in January in a building that had housed Feig’s Kosher Market & Deli since 1971. Midtown Vegan Deli & Market is bright and inviting. It offers a wide variety of nonanimal products and meals. And it has sustainable products such as stainless-steel straws. Even the containers for its deli foods are certified compostable.

A native Tucsonan, Barnett spent her 20s in the San Diego area. She returned to Tucson and became a Realtor. Three years ago, she became a vegan.

Vegans eat only food not derived from animals and avoid using other animal products. They believe practicing veganism raises awareness about animal cruelty.

In 2021, Barnett began thinking about a vegan business. “I started trying to find out ways where I could make a difference, make it (the world) better,” she said. “I began to look at really positive changes. The goal is no harm to anything.”

She started the business from scratch, doing everything on her own. “It’s the toughest thing I’ve ever done,” she said.

But all of her efforts have paid off. The business is open seven days a week, it’s adding staff and expanding its menu and products. Reviews on Yelp have been stellar.

One customer wrote: “I tried this clean, modern deli for the first time yesterday and was pleasantly surprised by their vegan comfort food! A bit of a wait but definitely worth it. I got the French dip and it was amazing. Gooey, savory and huge. I also picked up some pasta salad and macaroni salad. My meat-eating husband said the macaroni salad was the best he’s ever had. I already want to go back.”

Barnett said she had her eye on the location for a long time. She grew up in the neighborhood, attending grammar school and high school there, and her grandparents lived nearby.

Her main motivation with the business, she said, is “to encourage people who haven’t tried vegan to give it a try. Vegan food isn’t what they think it is. If everybody went meatless Mondays, we could turn around climate change,” she said.

On the wall above the coolers is a quote by English primatologist Jane Goodall. It pretty well sums up what Midtown Vegan Deli & Market is all about:

“You cannot get through a single day without having an impact on the world around you. What you do makes a difference, and you have to decide what kind of difference you want to make.”

Barnett said she has finally gotten to a place where she can balance her business and Realtor endeavors. She said she can do some of her realty work on her laptop at the deli & market, which offers both vegan and gluten-free menus.

The deli offers breakfast items all day, including such items as T-Town breakfast burrito, avocado toast, and French toast with berries. Among its other offerings are: French fries, The Reuben, tuno melt, The Philly and Buffalo chicken sandwich. There are salads, wraps and desserts as well.

“I think everything is really good,” Barnett said.

The vegan meat used at Midtown Vegan Deli & Market is made with Seitan. It’s a vital wheat with gluten and it is sold by the pound in the market.

“You can do pretty much anything with it,” Barnett said. “Our favorite group (of customers) is the meat eaters who want to try it.”

Barnett would like to open more locations in the future. “My mission is the change the planet,” she said.