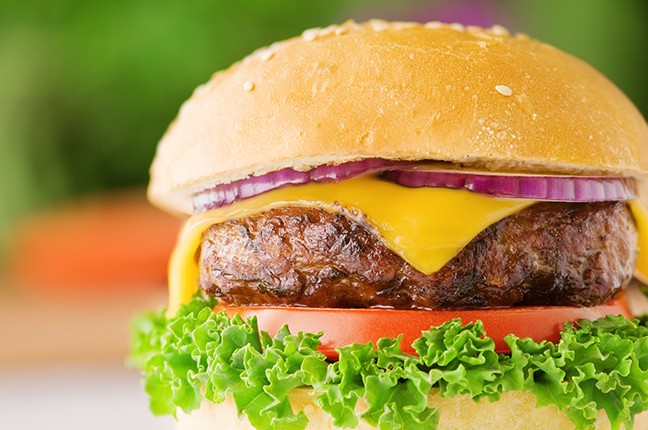 Chef Clark will be judging and choosing the winning burger recipe each week prior to the University of Arizona men’s football first six home games played at the UA stadium.

He explained that in past years, he would go out to the tailgating section on the UA Main Campus mall lawn to try tailgate dishes. Clark would announce the winner by bringing them onto the football field. Then, he would make the burger live on the field. However, due to sound and video issues, they will do things differently this year.

“I can’t wait for this year’s Sol Bowl Tailgate Championship,” Clark said. “Each year we see so many creative and unique recipes. It’s so much fun to see what people come up with, and there’s no better way to celebrate the kickoff of the football season.”

Tailgate cooks can submit their burger recipes now through August 12, 2022 to compete in this year’s championship.

Each week, prior to the home game, Clark will choose a winning burger recipe from the submissions, recreate it and showcase it with an in-game presentation on the jumbotron screen.

Winners will be named the Sol Bowl tailgate champion weekly and receive an official Chef Works chef’s apron and $350 in gift cards from Casino Del Sol and local food purveyors, such as the Heirloom Farmers Market. Each weekly winner will be entered to win the grand prize, a Komado Joe Charcoal Grill. In addition, the named Grand Champion will be invited to the Arizona versus Arizona State home football game on November 25. At the game, there will be an on-field presentation where the grand prize winner will be selected and crowned the 2022 Sol Bowl Tailgate champion.

“For the grand prize winner, at Arizona’s last home game,” Clark explained. “All the weekly winners will come on the field and they will announce the grand champion.”

When asked what would make a great burger, Clark said, “A fun, creative burger should have a great sauce.”

He said they had creative sauces made with more ethnic ingredients like yogurt, mint, or harissa seasoning. Clark did warn not to season the meat prior to mixing it together because it could be overworked, making a tough burger. However, he said to make sure to season the outside and be creative with the outside seasonings or rubs.

“Also, use high quality ingredients,” Clark said. “Fresh ingredients, so they are healthy and taste good.”

Tailgate cooks are encouraged to submit entries online beginning now through August 12 at www.casinodelsol.com/solbowl. Entrants must be 21 or older, must submit an original tailgate burger recipe, use a charcoal grill, and the recipe must serve four.