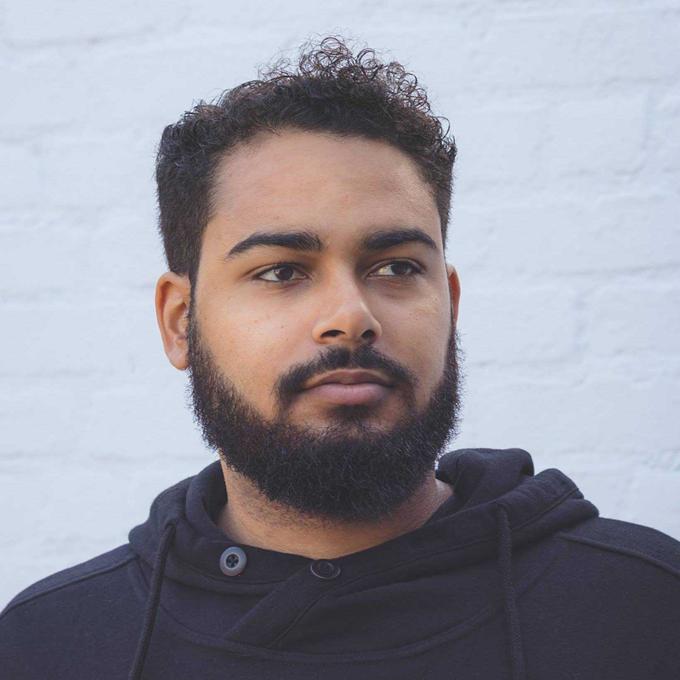 (Curtis Cook/Submitted)
Curtis Cook is double dipping in Tucson and Bisbee this weekend.

Casey Bynum grew up a comedy-club kid. “Back then it was a lot more of a party atmosphere,” he said. “Anybody that was in town that week, it was a foregone conclusion that everybody was going to be partying with them.” The party spot was often the family home.

Bynum’s dad, Gary Bynum, had moved the family to Albuquerque from Washington State to open a comedy club with his brother-in-law. Casey still remembers that his hamster died in the moving van, but Gary had made a prescient move. In a 2018 interview with Tucson Weekly, he said that he sold everything he had and borrowed money from his parents to break into the comedy business with his wife’s brother. The first Laff’s comedy club opened in 1986.

“It was going like gangbusters,” Casey recalled. “All we had to do back then was open the doors and it was six nights a week. It was a new phenomenon. You could have a comedy club anywhere in the country as long as there were roads to it.”

The club was profitable enough that the senior Bynum soon opened clubs in Oklahoma City, Colorado Springs and, in 1988, Tucson, where he ultimately consolidated his interests. Casey now runs the Laff’s Comedy Caffe at 2900 E. Broadway Boulevard. Don Barnhart performs this weekend.

Laff’s is back to its pre-COVID-19 schedule, having survived not only the lockdown, and the long tail of pandemic precautions, but also a year of upheaval in the Broadway Boulevard widening project. Finding a way into the parking lot was a creative challenge even to regular patrons.

But find it they did. “It was definitely a pivotal time,” Casey said. “Thankfully, we’ve been in the same spot. Most of the people that are coming here have been here before and know where it is. That helped us and mitigated some of it.” Now out of the woods, Casey has ideas for spiffing the place up. He spoke of new signage and a fresh coat of paint, maybe in shades of green.

Casey was never interested in being onstage, he said, let alone running a comedy club. He studied environmental issues and journalism at NAU. That could almost pass for rebellion in a comedy-club kid. But ultimately, he said, he realized that the best place for him is in the family business.

He could have been a social worker, though, and some may argue that he is. His father was a social worker and drug and alcohol counselor for the Air Force and the Navy after his tour of duty in Vietnam.

“My dad is very hands on,” Casey said. “He takes care of people. He taught all of us kids that. We’re all meticulous in that sense. I think it’s in our blood.”

Don Barnhart at Laff’s this weekend

Don Barnhart’s engaging physicality keeps all eyes on him as he spins out his set like a tease from a good-natured spider. It’s easy to see how he also performs as a hypnotist, but there’s no mind control in the works this weekend at Laffs’s Comedy Caffe. Performances are at 8 p.m. and 10:30 p.m. Friday, Sept. 30, and Saturday, Oct. 1. Tickets are $15, $20 preferred seating.

Barnhart’s Tucson visit is an excursion from his Las Vegas residencies where he takes pride in hosting a wide range of comedy. He’s quoted as saying, “It’s not about being dirty but about taking on subjects we should be talking about.”

As we know, that’s sometimes in the ear of the beholder, so your mileage may vary. But even his clean set on YouTube’s Dry Bar Comedy Channel is a rush of tightly written, topical twists with a mesmerizing delivery.

In four sets this weekend, he’s likely to romp through every corner of the comedy spectrum. His decades of experience allow him to cast the widest possible web of good humor. Even Howard Stern is a fan.

Writer, actor and standup comic Curtis Cook can play smooth or crunchy, learned or crass, wicked smart but seldom silly. He won us over by casually, and fittingly, dropping the word zeitgeist into a joke about scoring cocaine in the bathroom of an art gallery. Some fans will remember him from Portlandia. We can see him this weekend in Bisbee and/or Downtown Tucson.