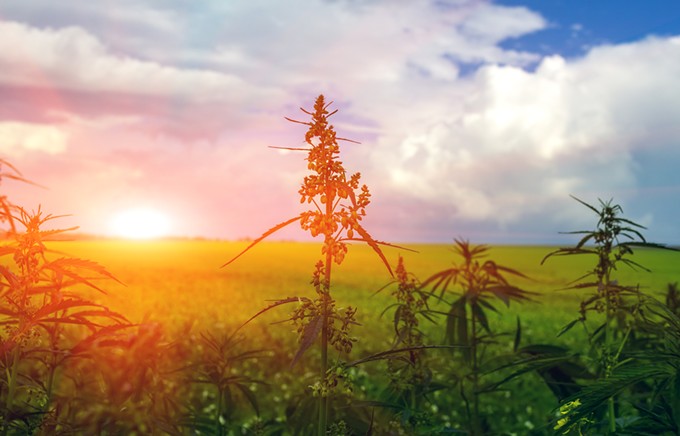 It may often seem like nothing can stop the tidal wave of marijuana legalization from washing over the country, but constant political battles remind us that it's a hard-fought battle.

In New Mexico, an advocacy group is trying to convince the state to combat opioid addiction with medical marijuana.

While the opioid crisis maintains its grip on the country, our sister state to the east may take the unprecedented step of adding opioid addiction to its list of qualifying conditions.

A New Mexico advocacy group has been petitioning the state health department to recognize marijuana as a viable treatment for opioid use disorder.

The petition is led by Dr. Anita Briscoe, a psychiatry and mental health nurse who said 25 percent of her patients addicted to opioids have used marijuana to treat pain and cravings, according to Leafly.com.

Briscoe submitted her first petition last year, which was approved by the state's Cannabis Advisory Board, but ultimately rejected by Health Secretary Lynn Gallagher based on a lack of scientific evidence in marijuana's ability to treat opioid addiction.

This time, though, Briscoe has submitted 21 pages of research including articles from national medical and addiction journals. Two state lawmakers have also supported Briscoe's petition.

The struggle imitates some of those going on in Arizona as well.

All were rejected by the Arizona Department of Health.

In the case of the petition for Parkinson's, a DHS attorney said the group failed to show "sufficient evidence of acceptable scientific quality." The state decided to require something of a consensus in the medical community rather than peer-reviewed studies.

That type of standard will be nearly impossible to reach, meaning the addition of qualifying conditions is all but locked down.

But that raises a concerning issues about who exactly the battles are being fought against. More often than not, it's state administrators—health department directors and governors.

Arizona Gov. Doug Ducey has even gone so far as to help lobby against recreational marijuana laws.

In Maine, a special committee spent nine months hammering out a bill for recreational marijuana only to be vetoed by Gov. Paul LePage. His reasoning centered around the root of the problem: marijuana is still a federally controlled substance.

Issues from lawmaking to scientific study would be vastly reduced with any positive change in marijuana's federal status. But if our own governors aren't hearing the cries of their constituents, what's to convince the feds?

The whole movement can be characterized by a conflict between a top-down approach and the grassroots support for more marijuana.

With 64 percent of Americans now supporting marijuana (including 51 percent of Republicans) according to the latest Gallup poll, this could be America's chance to put people in power who support the marijuana industry, regardless of political affiliation.

While most people will be waiting to see if the country is awashed in red or blue, the marijuana community will be looking for green.