As confirmed cases of COVID-19 continue to climb, voters are split on whether AZ is reopening too soon but want to visit family and friends again 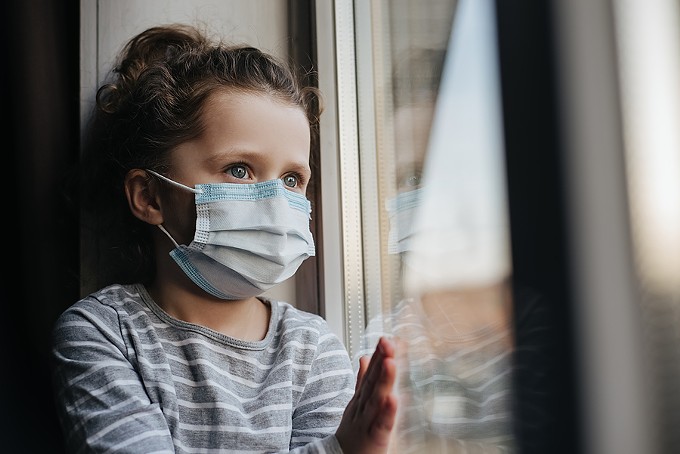 With Arizona no longer under a stay-at-home order, the number of Arizonans hospitalized after contracting COVID-19 continues to rise. As of Tuesday, June 2, a record number of 1,009 Arizonans in the hospital tested positive for COVID-19 or were suspected to have the virus.

And in four of the six days of the week leading up June 2, more than 600 people a day visited emergency rooms with COVID-like symptoms—the first time the number had topped 600 a day since the onset of the outbreak.

A total of 21,250 have tested positive for COVID-19 since the outbreak hit Arizona, and 941 people have died after contracting the virus.

Although Gov. Doug Ducey said that Arizona was "clearly on the other side of this pandemic" when he announced he was lifting the state's stay-at-home order as of May 15, it appears the state is at best on more of a plateau rather than a downward slope.

As the cases bump upwards, there is a big partisan divide on whether the state is reopening too quickly, but most Arizonans are ready to get out of their houses, according to a poll released last week.

Roughly 41 percent of voters surveyed by political consulting firm HighGround say the state is moving "too fast" to reopen and get back to business. But roughly 39 percent say the reopening pace is "just about right." Another 19 percent say they don't know.

"Despite some pressure from a small vocal constituency, the slow and steady approach to reopening the state should be viewed as a success in the eyes of the Arizona electorate," HighGround CEO Chuck Coughlin said in an analysis of the polling numbers. "Granted there is still a significant portion of the state that believes things are moving 'too fast.' At the same time, many of them expressed a willingness to get back out in public to shop, eat, and visit friends and family."

As the state prepares to reopen schools in the fall, a slight majority—52 percent—are ready to send kids back to school, while about 14 percent say they probably are not ready and nearly 21 percent say they definitely are not ready to allow kids back in school. Coughlin said he expected those numbers would move as schools roll out safety precautions.

"Getting kids back into the classroom is the next critical step to re-ignite our economy," Coughlin said. "Voters understand this—parents with kids at home especially—and will be ready for that to happen starting this fall."

The survey notes significant divides on the questions between Republicans and Democrats, as well as between younger and older voters and between women and men.

Meanwhile, 45 percent of voters 39 and younger say the reopening is going too fast, which is about 10 points higher than voters 50 and older.

"I believe that reflects their own concern about the country's economic recovery in relation to their own retirement plans," Coughlin said. "Time will tell if the younger, more progressive cohorts start to become more comfortable with reopening or if it truly is a more partisan response."

When it comes to gender, 46 percent of women surveyed said the state was reopening too quickly, which was about 11 points higher than men.

The survey was conducted among likely voters between May 18 and May 22. The poll surveyed likely Arizona 2020 general election voters with a history of electoral participation and was balanced to model the likely turnout of voters across party, age, region and gender. The live interview survey of voters included both landline and cell phone users. The partisan advantage was set at plus-4 percent GOP based on previous election trends and expected presidential election turnout. The margin of error is plus or minus 4.9 percent.